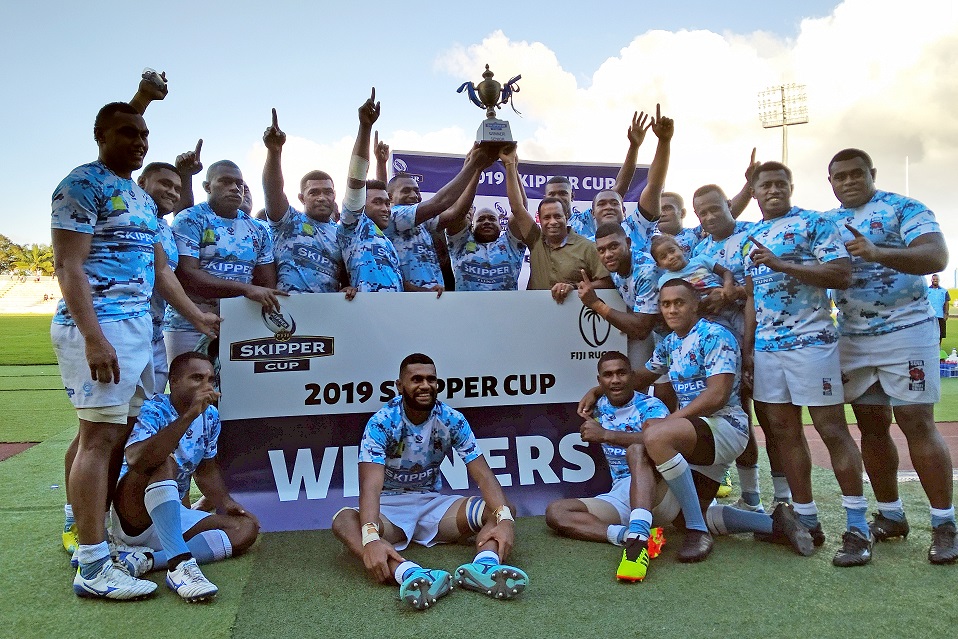 Congratulations, Capital side, Suva for a successful defence of the Skipper Cup final 34 – 26 against the Nadroga Stallions. You are the true provincial cup champion. Celebrate! Commisserations Nadroga. You lost to a better Suva side. Sadly, a couple of referee decisions and assistant referees’ oversight did not go your deserved way. Thank you for a gutsy performance. Thank you for an awesome, hard-fought, worthy challenge. We wait another year, meanwhile. That’s sports! Ronnie Chang Nadi

I believe Simon Hazelman betrays his political naivety in his letter “ILO and state” ( FT 22/6 ). No, the ILO and other international organisations do not decide how we should run our country. They simply remind us when we stray from our commitment to established international norms of good state conduct as enshrined in the various international conventions we have ratified. That’s precisely what the ILO did in the Fiji case in relation to the persecution of trade unionists (‘State put on notice: ILO raises concern on failure’ FT 21/6). I don’t know what Simon finds objectionable in that? Rajend Naidu Sydney, Australia

Professor Wadan Narsey’s write-up “What facts on poverty” (FT:22/06) needs alteration! The accompanying photograph of tinned shacks (Page-32) is not Fiji but somewhere else and I can prove that without any doubt. Why would I want to read and believe such an article when the photograph illustrated does not depict the fact? The photograph is a lie! Simon Hazelman Rava Estate, Savusavu

I asked if salaries will be affected because of the budget cuts. Will it also affect MPs pay, allowances perks etc? It’s a pity that an “age budget-cut” was made to public servants, age-to-work, but not to MPs. Allen Lockington Kava Place, Waiyavi, Lautoka

I believe this forum will disappear once the people of Fiji vote for a change. Dan Urai Lautoka

Pity, on the day, Fijian Latui 24 – 48 Western Force, we were not quite good enough. Some pre-match hype needs to be toned down as there is a tendency to get swollen headed. Latui fought back early in second half to trail 24 – 26. We faded away very handsomely in final 15 minutes.No excuses. Fijian Latui lost fairly and squarely to a better host, Western Force in Perth early yesterday morning, Saturday, June 22. Bad luck our cauravou. Qai tovolea tale e dua na gauna. Ronnie Chang Nadi

How are plastic bags controlled? As 20c is charged and rising up to 50c in the new year and maybe more in the future, only supermarkets and big stores are involved. But other outlets such as smaller stores, markets, kiosks, roadside vendors, canteens, bean carts, food stalls and many others are giving out plastic for every purchase for free. Are these plastics in any form safe? Who does the rule apply to? Plastics from supermarkets end up home and are usually used for other things but plastics from the above mentioned end up anywhere. So please if we are controlling plastic we need to look into all aspects. Tomasi Boginiso Nasinu

There are many communities which once thrived on sugar cane. While the farms have declined or gone, a piece of the industry remains unused. It is the railway lines which were used by the locomotive trains to cart cane to the sugar mills. They should be removed and utilised for other purposes. Mohammed Imraz Janif Natabua, Lautoka

It was indeed great to see the LCC team with Rouhit Singh and team cleaning the carnival grounds of the the Sugar City. As usual people are careless with their rubbish. Do you think that with the amount of waste generated and finally disposed at the landfill site we are moving towards protecting our environment? It may be just a small part of the entire rubbish being disposed by the people, but we are doing something to protect our environment. The landfill or dump, is well maintained and the greens separated and mulched to make fertiliser. It’s the people who should change their attitude. Vinaka workers of LCC in keeping
our city clean. ALLEN LOCKINGTON, Kava Place, Waiyavi, Lautoka