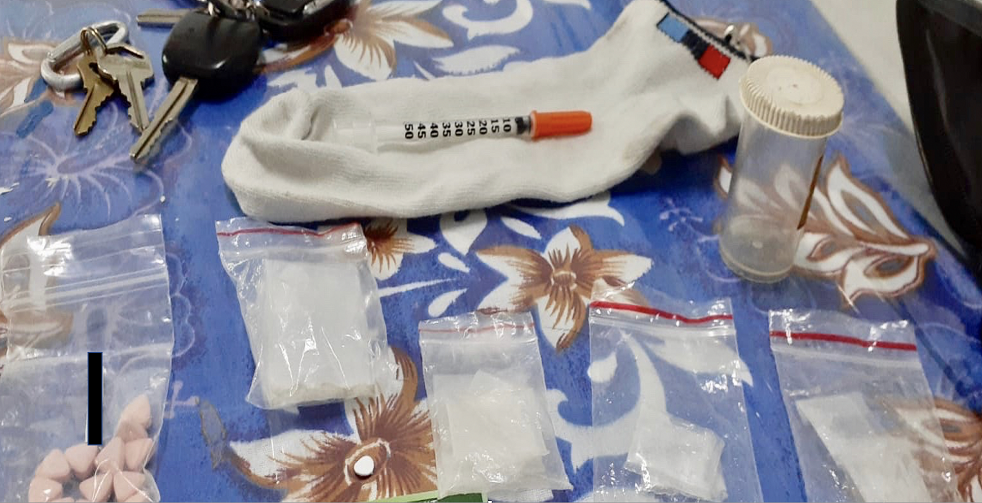 The stern warning by our Prime Minister, Voreqe Bainimaranma, to dealers of hard drugs is not only proper but it’s great to see government stepping up its game to combat drug smuggling by introducing non-intrusive inspection equipment (FT 13/06). Police Commissioner, Brigadier General Sitiveni Qiliho, also stated that police are aware of a market for hard drugs in Fiji and police intelligence was closely working with the Republic of Fiji Military Forces Intelligence to catch these dealers of hard drugs (FT 13/06). While the statements by our Prime Minister and Police Commissioner are advisable, I urge them to keep one eye on the very people they are relying on to fight against hard drug dealers. If there is one skill hard drug dealers are great at, it is selling and buying the services of anyone to push through their product. I believe the financial gains from such dealers will entice and encourage the best of law enforcement officers. And what could stop law enforcement officers from helping themselves to evidence and make deals themselves or what is stopping law enforcement officers from working with dealers? I believe such a lucrative industry definitely has credible enticements that encourage law enforcement officers to get involved in extorting and protecting dealers to make money for themselves. I believe we need undercover cops checking on undercover cops who are checking on law enforcement officers. Such is the fight against hard drugs. Simon Hazelman Rava Estate, Savusavu PM’s warning I’m sure that PM’s warning to drug dealers will be taken seriously and those who disregard the laws of Fiji will face the consequences of involving themselves in the illegal trade. Good on you, sir! Rajnesh Ishwar Lingam Nadawa, Nasinu

I believe the Fiji football side lacks composure both on and off the field. They played two international friendlies over the week against Tahiti and Vanuatu and drew both the matches. However, what caught my attention was that the team copped three red cards in two matches. Against Tahiti, surprisingly our coach Christophe Gamel was sent off from the technical area for arguing with the match officials over a penalty appeal. It was even more disappointing for the anticipating local fans when the news came in that Fiji played with nine men on the field in the nil-all draw with host Vanuatu. It simply showed our Bula Boys lacked composure and class when put under pressure Striker Samuela Drudru was dismissed in the 25th minute which put the team under immense pressure and then it was Kishan Sami who copped his second yellow card early in the second spell. On the contrary, it was a commendable effort from our boys to hold off the skillful Vanuatu players in front of a jam packed stadium in Port Vila. I still believe in the team and that they will deliver in the coming matches. Raynav Chand Nakasi

During this time every year, various festivals are held around the country. The Tebara Festival concluded just recently, as people now gear up to enjoy the Sinu Festival. The much-awaited Farmers Carnival is also here and I am sure people who love this festival will not miss it. Festivals bring many families and friends together while they also give you the opportunity to change the environment if you like. I have liked going to the festivals right from the days of my childhood and very much enjoy doing it even today. I would like to remember and thank my parents for showing me the door. Our tourist town of Nadi is blessed welcoming the Bula Festival which also runs annually. Our town’s festival is traditionally held every year during July. We are not far away from witnessing this year’s festival. All individuals whatever role they may be playing to organise the festivals are to be commended for their dedication, time and sacrifice. Remember our contribution is helping someone out of his problem. So, let’s support the worthy cause. Vinaka vakalevu. Suresh Chand Nadi

Missing from Flying Fijian Squad is former captain and openside flanker Akapusi Qera. Qera might deserve a second chance but the Flying Fijians coach clearly wants the best for Japan. John McKee stated that there are better and robust players in the position that has Qera dropped, and he has not been in form recently. Players like Mata, Kunatani, Nagusa, Yato and many more who have been in outstanding form recently and would be very hard for Qera to seek selection. Qera has represented Fiji and led Fiji to some outstanding performances and will always be honoured and praised for representing his country. Vinaka Qera. Go Fiji, go. Tomasi Boginiso Nasinu

Thank you to the Prime Minister Voreqe Bainimarama for the warning to drug dealers using Fiji as a transit point. Drugs are a huge problem now especially with our own cases of marijuana. We need to deal with them with the same intensity. The world is full of illegal drugs that have taken a hold too tight that many people put their freedom on the line for money, to become drug mules. I do believe that in Fiji we now have drugs that weren’t here some fifty years ago. But I could be wrong. We need to put in measurers that will deter would-be drug dealers , but can we? We do not have the death penalty, our trials are long and cumbersome (that’s my opinion). Many countries have very harsh penalties for drug dealers, it won’t stop the drug trade but at least the person caught gets a good lesson. So, can we put in penalties like two life times in prison for dug dealers. But then again we have to pay for the keep of the person in prison. Thank you anyway for the warning. Allen Lockington Kava Place, Waiyavi, Lautoka

Further to Donald Singh’s letter (FT 13/06) about village elders banishing drug dealers from their villages, the same can be said for alcohol consumption as well. Here in Savusavu some chiefs have disallowed their people from consuming alcohol within the village perimeter so they go and do their business at private properties outside the village. Not only are they a menace to society but they also leave behind trash including broken beer bottles. Village elders need to deal with their problems and not just shove it on to neighbours. Simon Hazelman Rava Estate, Savusavu

Hats off to Gareth Baber for taking out his valuable time to be with the children of Gospel School for the Deaf! Baber was humbled to be part of the tour and his love and affection to our children with disability was evident in the beautiful pictures posted via the print media. To add excitement to his tour Baber brought a smile as he mingled and communicated to the students using sign language. So sweet and such a wonderful gesture from our most successful coach on the WRSS circuit! Thanks to you Mr Baber, our young prospects were “touched by love” and I’m sure they’ll cherish your visit! Rajnesh Ishwar Lingam Nadawa, Nasinu

I am not surprised at the international outrage over the US Women’s team’s humiliating 13-nil trouncing of Thailand in their World Cup match (Yahoo! sports 12/6). I believe it was a display of American arrogance against a weak team playing at that level for the first time. The US is three times champions and ranked No.1. Sportsmanship on the part of the US team was conspicuous by its absence. And that’s a shame. Rajend Naidu Sydney, Australia

Sugar is gone, kinda, but keep our hope in the tourism industry and work out what we need to grow locally by taking a look at a plate of food served at a hotel. It will have combinations of pork, chicken, beef, pineapple, tomatoes, melons, oranges, lime, lettuce, cabbages, cucumber, etc. Are we capable of supplying all our hotels daily? Dan Urai Lautoka

In it’s three pool games, the Fiji U20 rugby side at the World Rugby U20 Championship has put together some outstanding displays. Against Wales, they scored from a brilliant backline move which started from a lineout win. Despite the three losses (Argentina, France and Wales), this squad has some young Nakarawas and Radradras coming through. Mohammed Imraz Janif Natabua, Lautoka

It was so nice to see one my workmates at FEA Labasa the new Tui Labasa do the opening of the Labasa sugar mill. For the 20 years we worked together I always advised him to become a politician but he never took my advice. Sukha Singh Labasa