Letters to the Editor – July 3 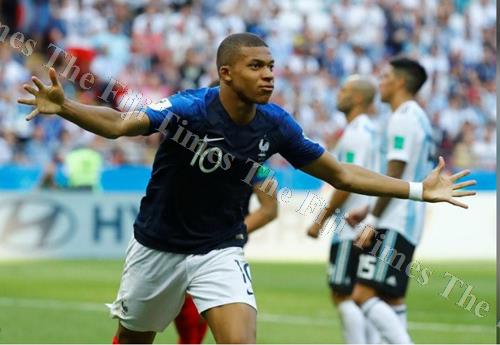 Soccer World Cup upset
Russia pulled off one of the biggest upsets in World Cup history by upstaging the highly fancied Spain in round 16. The host, ranked 70 in the world eliminated Spain, surviving two hours of dominance by the 2010 champions in a 1-1 draw and then winning a penalty shootout 4-3. Argentina and Portugal exited the World Cup 24 hours earlier while 2014 champions Germany failed to even make the knockout stages. Following Germany’s elimination, Brazil is the new favourite to go all the way, however, they still have to negotiate past Mexico, Belgium and France. I’m betting on France who have the teenage sensation Kylian Mbappe, Ousmane Dembele, Antoine Griezman, Paul Pogba, N’Golo Kante, Raphael Varane and Samuel Umtiti in their ranks to hoist the cup when the dust settles on July 16. SHAD ALFAZ ALI, Navua.

Wheelchair assistance
To whom it may concern. Most of the wheelchairs in use at the Nadi Hospital are in various stages of much needed repair or replacement. They are either without foot rest or badly worn out upholstery. A real sorry sight! Will some generous donor/s please step forward, charitably for our less fortunate members of the community? Thank you in earnest anticipation. RONNIE CHANG, Nadi.

Releasing a turtle
It made me feel proud to be a citizen of Fiji when I saw the photo in yesterday’s paper (FT 02/07) showing the people of Kinoya Village releasing a turtle that had been destined for the cooking pot. The two boys, Apisai Tinaikoro and Amini Vakalala are to be truly commended for showing moral courage and setting such a wonderful example. Vinaka vaka levu boys! Whoever we are, we are all citizens of a larger home, the planet and the oceans of the world belong to all of us. It is vitally important that whether at village level, in the broader South Pacific, or the entire world ocean system, that we each play our part in protecting and respecting the waters and the creatures who live in them, especially when, through our own behaviour their numbers have been reduced to levels where they are approaching extinction. Thank you for the good news. A great way to start the week! VIVIEN COUNSELL MITCHELL, Waidroka, Serua.

Accolades for host
The photo of our PM presenting the token of appreciation in the form of a tanoa to the Gallagher Chiefs’ coach and former NZ Maori coach Colin Cooper drew a lot of attention and praise from Super Rugby fans. All the three Super Rugby matches that Fiji has hosted were hailed a success in terms of crowd attendance, support for both teams and the Fijian hospitality and smiles. I am positive that top NZ teams will continue to come here to display classic rugby. One look at the Super Rugby points table and fans would see the inconsistent performance from the Australian and African conferences, for instance, the Highlanders are ranked fourth in the NZ conference with 40 points while the Waratahs are ranked first in the Australian conference and third in the overall points table with 39 points. The Lions are ranked first in the African conference and second in the overall points table with 41 points. Not to mention that the two conference leaders trail the giants from NZ the Crusaders who lead with 54 points. Meanwhile, it was a pleasure to be part of the Highlanders and Chiefs game and I enjoyed the fun, and Fijian culture in the form of the meke. It was a delight to see fans of all ages dressed in their respective teams original jerseys and waving flags and banners and I must say that our people have sound knowledge of the Super Rugby teams and players. This is what makes Fiji a crazy sporting rugby nation. Even when renowned rugby commentator and All Blacks great Karl Te Nana came to Nabua Primary School the primary school kids were heard shouting ‘o Te Nana, o Te Nana, o koya e commentator’. Furthermore, we mob Super Rugby stars for selfies and autographs. Finally, I thank every Fijian for contributing to the success of the rugby match between the Chiefs and Highlanders. I whole-heartedly thank the Highlanders for bringing their home game here! RAJNESH ISHWAR LINGAM, Nadawa, Nasinu.

Plastic bags
Plastic of any kind is becoming a big problem not only in Fiji but the whole world. If you walk down the corridors of our streets or the beaches you will see plastic of all shape and sizes polluting the environment. In the shelves of the supermarket you will see most of the things sold are in plastic and that includes water, soft drinks, oil, ghee and coffee. Meat is also wrapped in plastic and fruits, potatoes and onions are all in plastics. When you buy your vegetables the vendor packs them in plastic too. So how are you going to stop this? The best way I see is to introduce biodegradable plastics in Fiji. Taxing single use plastic bags will not solve the problem but will only place more burden on the consumers. It is another way of getting money for the Government which used to be given free by the shopkeepers. Money will not solve the problem the problem but practical actions will. With biodegradable plastic the consumers will be able to get it free again and will be friendlier to the environment. Another way is to re-introduce the paper bags. Much better than any plastic. NARDEO MISHRA, Suva.

Three fingers point back
We could all learn a great deal from that very famous quote coined by the Navajo people of the American Southwest, “When you point a finger, there are three fingers pointing back at you.” I believe it sums up some of the responses to the Fijian budget. In the amazing Navajo culture, it is considered bad manners and a serious breach of protocol to point the finger at another person. Although it may be customary political expediency to pick the eyes out of any budget, sometimes the wise thing to do is give credit where credit is due and then provide insight and solutions to what could be done better. It is this kind of wisdom, I believe, that appeals to the majority and not the negative hype that forever permeates the political landscape of so many democracies. Perhaps politicians don’t quite get it — that the vast majority of people want solutions, not rumbustious rhetoric. Colin Deoki Australia

Cruelty to animals
I’m very grateful to Vivien Counsell Mitchel of SPCA for the informative article on the above subject dated June 30 in The Fiji Times. Over the years, I have submitted several letters to this column comprising various types of cruelty to dogs (and other animals) from human beings who have been responsible for the wanted and unwanted animal population. I hope Vivian’s letter remains an eye opener to every person to put themselves in the boots of the tortured innocent beings. I also request SPCA and authorities of Animal Fiji to collaborate with Ministry of Education for a curriculum on Animal Care in schools. This will enable students to learn to love animals and also convey the message to their family members. SARITA LAL Malolo St, Lautoka

Soccer upsets
After Argentina and Portugal’s failure to make the top eight at this year’s soccer World Cup, it was time for Spain to fall to the hosts Russia. Boasting big names from the world’s top soccer clubs, the Spanish failed to live up to expectations and bombed out. Even the world’s greatest soccer stars Messi and Ronaldo once again failed to add the World Cup to their successful career. This time it was Iniesta who departed on a sad note. Already farewelled by his Barcelona teammates, the Spanish loyal servant would have loved a second World Cup title but the penalty kicks proved lucky for Russia who defended well. This morning, Brazil played Mexico while Belgium played Japan. Who knows another round of upset is at stake in Russia! Anyways, once a Brazil fan, always a Brazil fan. Rajnesh Ishwar Lingam Nadawa, Nasinu

Stray dogs
I really thought stray dogs were idiotic foolish things until I read Vivian Counsell Mitchell’s letter (FT 30/6) that they are social beings like us and have many uses. Unfortunately, they demonstrate “aggressive behaviour” only in response to similar stimulus. Thanks for the information. I hope they are taken care of compassionately by merciful people instead of being stoned. Amenatave Yaconisau Palm Drive, Delainavesi

National budget
With low minimum wage, high cost of living, I believe those living on or below the poverty line are encouraged to make more babies with the $1000 allocation. Dan Urai Lautoka

What matters
It’s not the size of ball possession but what you do with it that matters. Spain had a lot of ball (74 per cent) but failed to penetrate the Russian defence. Russia, the lowest ranked side in the World Cup, had very little ball but had a strategically big game plan to defend with determination and it paid off. They beat the recent past World Cup winner. Russia did with the ball what matters at the highest level of competition football: put the ball in the net! An important football lesson is to be drawn from the Russian example. Rajend Naidu Sydney, Australia

Fiji Times app
There was a time when it was hard to put the newspaper in a rural house to read, since newspapers were only available in towns. Today my family downloads The Fiji Times in their smartphones every morning. No need to travel to town or to send someone to buy newspapers. Hats off to The Fiji Times team. Rodney Clarence Raj Labasa