Letters to the Editor: July 23 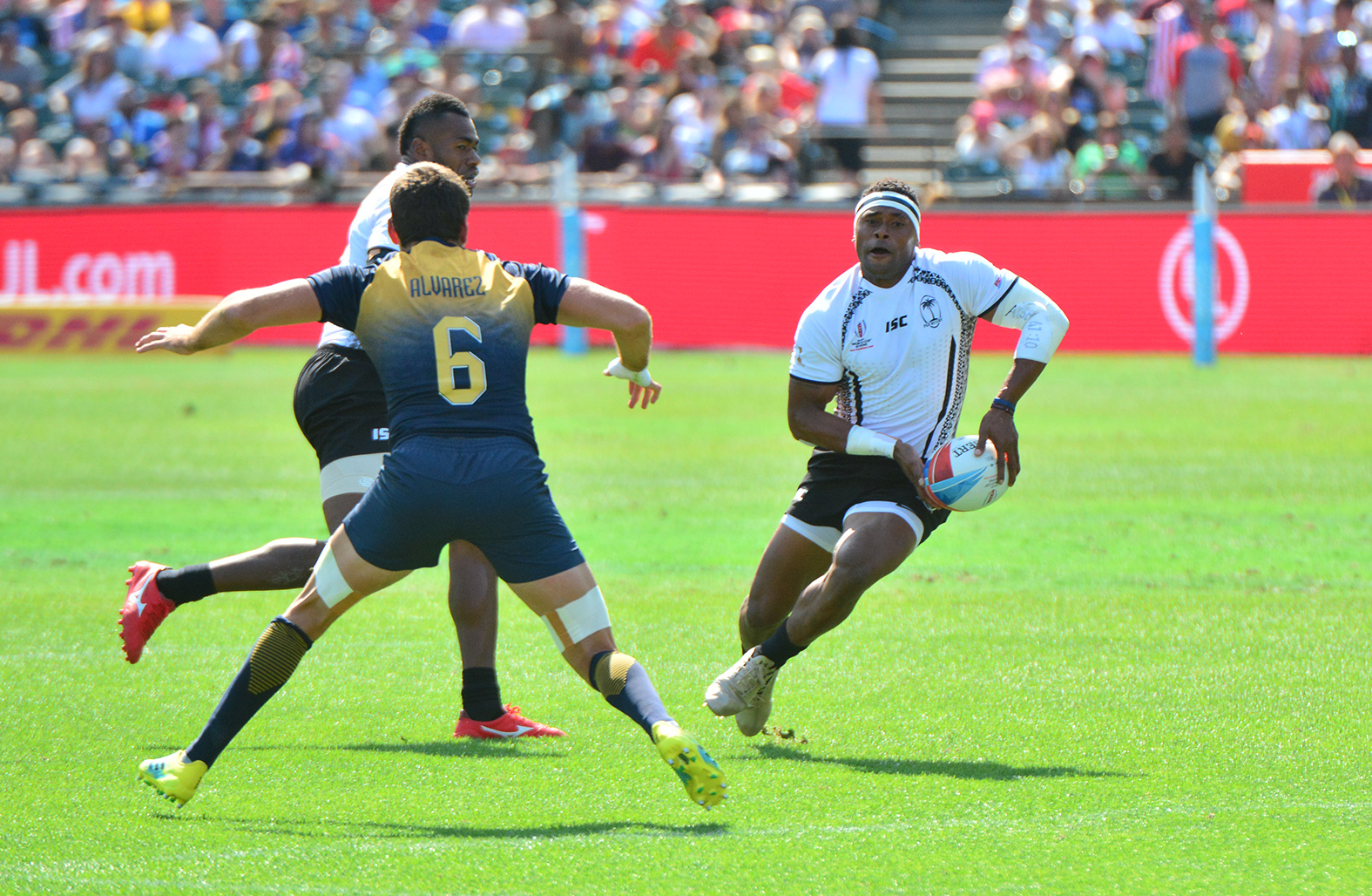 Sensational Fijians
After showing their deft and golden touches against the Cherry Blossoms in the second half, the sensational Fijians played glorious rugby to thump Argentina in the Sunshine State. The Rainbow Nation in green had taught Scotland a rugby lesson in a remarkable landslide victory and a lot was at stake when Fiji entered the sporting arena spurred by thousands of patriotic Fijian fans and the “Viti dolls”. Fans had moments of headache against Japan when the underdogs stole the show with their 10-7 lead at half-time. An efficient and resourceful Japanese outfit kept the game tight and utilised the Fijian power in the red jersey. However, our boys survived the Japanese onslaught and scored four brilliant “team tries” to win in thrilling fashion as the world applauded the magical Fijian play! Against Argentina, our boys possessed with lethal feet, lovely off-loads and direct running were strong and the Pumas found it tough. Captain fantastic Tuwai led the entertainment, high field drama and pin-point accuracy. The efficiency and individual capability in our stars were evident and I must give credit to Baber and our boys for straightening our performance and defensive structure. Radradra and Tuisova, two of our big guns and the finest and deadliest finishers, were quick on their feet and led the barrage of attack and defence. Nakarawa, who was away from 7s for some time was hot and so was the flying pace in Vatemo, Jasa, Naduva and Nasilasila, the skills and power in Nasoko, Paula and Kunatani. Furthermore, the offloads from Fiji out of the tackle ignited the “sea of blue”.
In addition, Fijian fans found their voice and provided the source of inspiration and breath of life for our boys as the voice of rugby and former Tongan international Willie Lose remarked that “Argentina was hit by a tsunami”. I hope that our boys will maintain this electrifying form and tempo when they face the defending champion in the semis. The national 7s team has the speed of an Olympian, the strength of a shot-putter and the calmness of a golfer and combine these with our flair, confidence and instinctive skills, our boys should conquer the Sunshine State and around midday Fiji should explode into a festivity as our boys become the first nation to win three Rugby World Cup Sevens titles and achieve the feat of the All Blacks 15s side. It’s a Fiji vs NZ and Africa vs England semi-final clash as I have predicted and then a Fiji vs Blitzboks brutal affair in the final. On behalf of my family, I wish Fiji all the best and I pray that the boys return home accomplishing the mission! Noqu Viti, toso Viti!
Rajnesh Ishwar Lingam, Nadawa, Nasinu

Inspiring report
Thank you The Fiji Times for another inspirational story on the WOWS cancer patients with our first citizen the President leading the way.
The cancer patients must be remembered and given support and The Fiji Times is leading the way. The Rugby World Cup Sevens has begun and a mixed start in the first game against Japan in the first half and when it’s Fiji vs Fiji then we will expect fireworks all the way. The injection of replacements at the right time to go one level up is the weapon in the Fiji armoury and that is the mystery mana magic in store all weekend.
Our prayers and wishes to the WOWS patients and we support The Fiji Times in this course and a win in the USA will certainly boost the confidence of the patients and the nation. Go WOWS team, go The Fiji Times and go Fiji all the way. Joka kece! Shalwyn Prasad, Mukta Ben Place, Nabua, Suva.

Incredible achievements
“Fiji Times Ltd general manager and publisher Hank Arts says these nominations in the international arena of newspapers are incredible achievements for the team at The Fiji Times” (21/07). As I applaud, compliment and congratulate our oldest and most reliable and credible newspaper, I pay tribute to the hardworking staff members, in particular the editorial team, for not compromising standards and basic journalism principles and for standing tall despite the obstacles faced in bringing out the best news to the public. Hence, the journalists working for The Fiji Times continue to gain respect and admiration for the fair and neutral reporting. On the occasion of the 2017 PANPA Award, our number one newspaper earned fame and accolades for winning the Best Young Reader category and the effort in producing the Kaila! newspaper was recognised just as the effort put in compiling the 8-page coloured lift-out as part of the Rio Olympics buildup. Apart from the fact that The Fiji Times has been nominated alongside The Age, The Daily Telegraph and The New Zealand Herald, editor-in-chief Fred Wesley has been nominated with Community News Group Insights and Strategy director, Guy Turner, for the News Executive of the Year Award. This I believe is the icing on the cake! Finally, I wish The Fiji Times all the best and I thank the newspaper for the credible and fair reporting! Rajnesh Ishwar Lingam, Nadawa, Nasinu.

Prestigious award
I join Amenatave Yaconisau in congratulating The Fiji Times and it’s editor for their nomination for a prestigious international journalism award ( FT 22/7 ). I wonder what happened to that other paper that purports to be Fiji’s leading newspaper? Rajend Naidu, Sydney, Australia.

Grocery shopping
Grocery shopping is a chore that is done regularly. This is one chore that needs no reminder as we return to grocery stores to get our new stock or top-up again and again. It is heartening to see a lot of people making it a regular family affair. The family bondage is admirable when you see the whole family behind the trolley in supermarkets. While one pushes, others help pick the items. Many shoppers bring a shopping list to make sure they don’t miss any item. Sometimes, some families also use the opportunity to wine and dine while out shopping. We acknowledge and thank the supermarkets for making our shopping much more comfortable and convenient by investing in new facilities and resources continually.
Please keep upgrading your facilities and pay special attention to the spacing for the sake of your business and customers alike. At this juncture, let us acknowledge the announcement telling us that a new supermarket will soon be opening at the new FNPF Complex in Nadi. That’s an added advantage to all who love to do shopping in Nadi. Wow! Suresh Chand, Nadi.

Shopping issue
If we introduced the plastic bag levy concept to collect funds to address climate change and adaptation, I don’t think it is working to the desired level because customers mostly carry their groceries in cartons provided for free in all supermarkets. I may be wrong but I think only a small percentage of the shoppers pay the levy, few bring their own bags while the majority rely on cartons. So I believe the concept has no standard and lacks fairness too. To bring respectability and evenness, we need to remove the use of cartons completely. All customers either bring their own bags if not they pay the levy. I need not elaborate where the thousands of cartons taken out of towns and cities on a daily basis end up. I leave it to the readers to find out. Please don’t create another problem. Your further contribution is most welcome. Suresh Chand, Nadi

Saddened to hear news
I was rather saddened to read that Hank Arts is retiring. But he is moving on. I am privileged to have met Mr. Arts and my association with Fiji’s best newspaper. Some time back I got a call from someone at The Fiji Times that I had been invited to be a guest at the launching of the Online version of The Fiji Times. And then I was told that I had to say something. And that I would be chief guest. I said, “What?” I thought it was a prank because there are so many much more important people in the media industry who could be chief guest. I said, “No this can’t be, please send me something in writing.” Then I got the an email from Fred Wesley himself and I was like, “Trues up Allen, Mr. Arts has invited you to be the chief guest!” Long story short, thank you for the honour Mr. Arts and your awesome team. And I met Mr. Arts again in Lautoka at the Northern Club.
You are indeed an officer and gentleman sir. May you have a wonderful retirement, but you will be missed. Allen Lockington, Kava Place, Waiyavi, Lautoka

RIP Master Raju
REST in peace Master Raju (Rampur Primary School)! Thank you for your contribution to the teaching fraternity! You’ll be sincerely missed by your friends and those students whom you have taught! RAJNESH ISHWAR LINGAM, Nadawa, Nasinu.

You beauty
AT the Rugby World Cup 7s one fan banner read “Fiji You Beauty”. That I reckon summed it up. Fiji was in a class of its own. Fiji rugby sevens gives Fijians at home and abroad a reason to be very proud of being Fijian. RAJEND NAIDU, Sydney, Australia.

Soccer platform
$2.5m to Fiji Football Association without playing. Wow! Be a genius Mr Patel. Grab it. No sweat. Keep playing your “local World Cup” while the real one feeds you. No tension and stress. So true, no local league, district teams are named in advance. No World Cup, money keeps spilling in advance.
A. SHARIFF SHAH, Savusavu.

Crowd impact
TO control the crowd in Hamilton is understandable but to do the same in San Francisco is beyond belief. DAN URAI, Lautoka.

Cocaine high fish
A RESEARCH conducted in the UK has found that eels caught in cocaine contaminated waters appeared to be hyperactive and also showed signs of serious muscular injury. So next time you see a fish behaving strangely it may be high on cocaine. But I wonder what would happen to humans if they ate them. SELWA NANDAN, Lautoka.

Climate issues
WHY is Fiji Commerce and Employers Federation (FCEF) talking about climate action (FT 21/7) when petroleum companies continue to advertise their products. Not on! I believe this is a protection of business elites. Your article titled ‘Islands feel carbon effects’ (FT 21/7) is relevant.
AMENATAVE YACONISAU, Palm Drive, Delainavesi.

No time to panic
FIJI did manage to overcome Japan in that game. But in the first half, how many of you nearly panicked. I say nearly panicked. Not me, I never panic. Just had a change of sapo. ALLEN LOCKINGTON, Kava Place, Waiyavi, Lautoka.