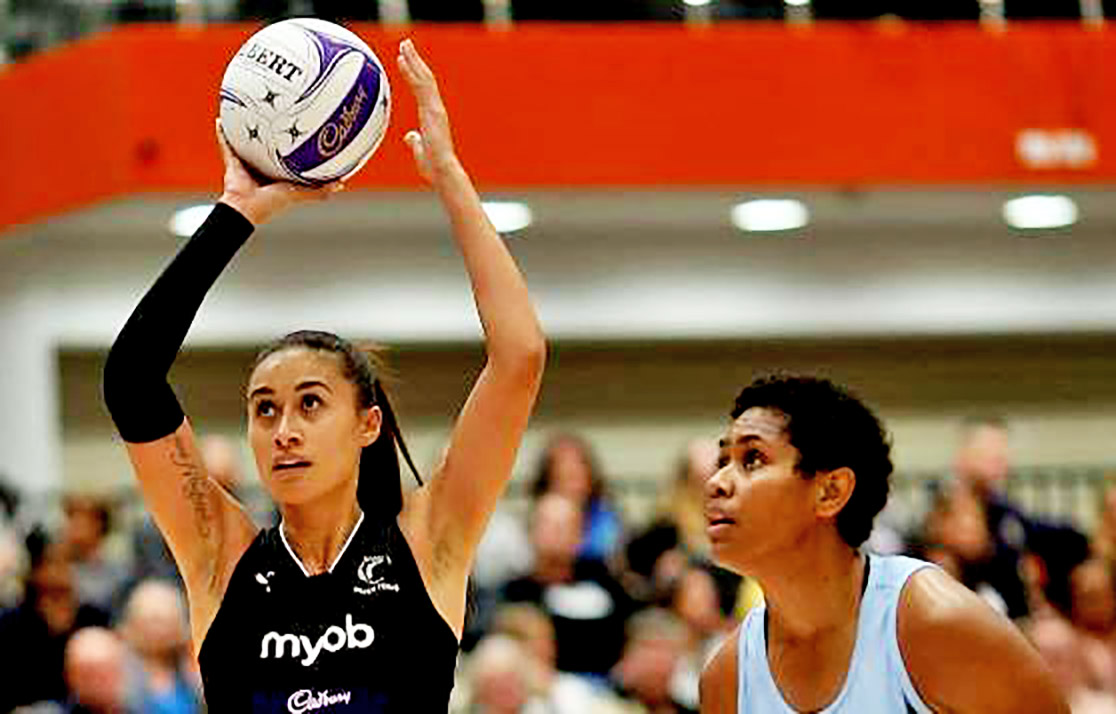 THE young Fiji Pearls were outshone in their World Cup buildup matches in New Zealand. They came up against well polished sides. Just like the Fijian rugby players who ply their trade among the best in the world, I believe the Pearls need to be in netball-nutrient rich waters. I believe exposure to luminous competition will ensure that they get well cultured. Once out of their shells, they will be magnificent and lustrous. The elegant cultivation process will prove profitable at international tournaments where the world’s best jewellery are showcased. MOHAMMED IMRAZ JANIF, Natabua, Lautoka

WE walked into a restaurant for dinner recently and seated around a large table was a family of 14. They had their drinks and were waiting for dinner to be served. The first thing we noticed was that each and everyone of them were focused on their android mobile phones. Even when dinner got served a number of them went on fiddling with their phones. There was hardly any conversation because everyone were in their own little world, including the adults. We now live in a world where our children are growing up in a digital world and it is absolutely important that we as adults help them learn healthy concepts of digital use. We as parents and guardians have to play an important role in teaching our children these skills. When used thoughtfully and appropriately, the internet can enhance our daily lives, but when used inappropriately or without thought, the internet can easily displace important activities such as face-to-face interaction, quality family time, outdoor play, exercise, unplugged downtime and most importantly sleep. Adults need to lead the way and be good role models as children are great mimics so we need to limit our own internet use. Media and digital devices are an integral part of our world today and while the benefits of these devices can be great, face-to-face quality time with family plays a pivotal and important role in promoting children’s learning and healthy development. Keep the face-to-face upfront and don’t let it get lost to the digital world! SIMON HAZELMAN Rava Estate, Savusavu

NO prizes for guessing that the massive increase in vehicle numbers is the cause of traffic jams. I believe a simple method of mitigating this problem is to limit vehicle importation based on — for every new car coming in, an old one has to be put off the road. There is a marked increase in old junk vehicles running around, how can fitness certificates be issued for these? I believe LTA personnel need to wander around supermarket car parks etc checking for unregistered and defective vehicles rather than resting by the highways where they are easily seen. Does the LTA know how many vehicles were officially put off the road last year, and how many unregistered vehicles there are? Perhaps they could share the information with us. Most unregistered/unfit vehicles are nocturnal, the LTA needs to spend sleepless nights catching them. ALLAN LOOSLEY Tavua

THIS season’s Super Rugby final will be between two teams which had similar early misfortunes. Jaguares were relatively cubs and struggled in its first three seasons. The defending champions Crusaders finished last in its inaugural year of participation. The Jaguares has found its rhythmic, skills, power and intelligence to carry the hopes of South America this weekend. They will have to ambush the Crusaders to create history. A salivating prospect as the Crusaders’ fort cannot be easily pounced on. MOHAMMED IMRAZ JANIF Natabua, Lautoka

Too good the Crusaders

RICHIE Mo’unga showed his supremacy as he outclassed ‘Canes think tank Beauden Barrett to help the defending champs secure top spot versus the Jaguares, who make their first Super Rugby final. While Mo’unga was hailed a hero, I believe Sevu Reece deserves a pat on the back as he was in top form scoring a breathtaking try from Crotty’s kick. The Crusaders are unbeaten at home this year but they’ll face a rampaging Jaguares outfit boasting 14 Test players. Hence, it’s going to be NZ vs Argentina and trust me it’s going to be hell of a final. It’s a pity that the ‘Canes faced the Crusaders as the current format sees NZ teams compete each other in the eliminations. The semis produced breathtaking moments and the ‘Canes will rue the missed chances. Thus, it’s final time for the nine-time champion and the first meeting against the Jaguares. Boy oh boy, too good, the Crusaders! RAJNESH ISHWAR LINGAM Nadawa, Nasinu

I THINK Nadi Town’s traffic situation has become worse than before because of the implementation of the new road layout. It’s not hard to understand that the unavailability of traffic lights and lack of roads are the main reasons traffic is jamming in the town. I don’t think any layout is going to solve this longstanding problem unless and until the town’s exits are addressed. First, put the lights and improve the roads. In my view the new road layout is a failure. That’s why the majority of the town’s people including businessmen are against it. Many residents now park their cars at home because it’s easier if they walk. The arrogant and pushy drivers are also making the lives of the motorists even harder. They think they are above the law and that the roads are their personal racetracks. Every day you come across drivers who don’t deserve to sit behind the wheels. Their bad manners and discourteousness will leave you flabbergasted. If you are not extra vigilant and careful and should your car brakes fail, you end up answering police questions unnecessarily. I think reckless drivers and those caught driving under the influence of liquor should be arrested and punished severely. But who will take them to task if no one is there to see. SURESH CHAND Nadi

I DON’T know about Donald Trump making America great again but the US women are certainly doing that at the Women’s World Cup 2019 — yet again! RAJEND NAIDU Sydney, Australia

ONCE again I read that supermarkets have been served court summonses for selling rotten meat. Why can’t the supermarkets be named? We need to know because our health is at risk. Only if we know, we can avoid these supermarkets. ALLEN LOCKINGTON Waiyavi, Lautoka

YOUR article titled “New trend” published in the (FT 29/6) where school students are being used as “ice peddlers” is indeed worrying. I’m sure the culprits will be caught by police soon. We need to weed bad elements from our society. AMENATAVE YACONISAU Delainavesi

I WAS not impressed that the organisers of the netball tournament finals in Suva did not see it fit to postpone the games because of adverse weather. I believe things could have gone horribly wrong had one of the children slipped on the wet concrete courts and broken her leg. Perhaps the organisers could seriously think about this in the future before going on with the games. DOVI MATAITINI Suva

WE have been told that the country will experience adverse weather. We have been told what to do and what not to do like many times before. While it was drizzling, I saw three boys (lower primary age) playing on the Sabeto bridge (around midday 29/06). There were no adults in sight. This is exactly how tragedies strike and then we ponder what could have been. MOHAMMED IMRAZ JANIF Natabua, Lautoka

THE organisers and The Fiji Times did their best to organise this year’s Sabeto Horse Races at the Aviva Farms but rain dismantled the event. I bet everyone did their level best but mother nature had her own plans. I’m happy that the Sunday Times was professional enough and did a fair reporting on what transpired! We should learn to appreciate the efforts put in by the organisers. RAJNESH ISHWAR LINGAM Nadawa, Nasinu