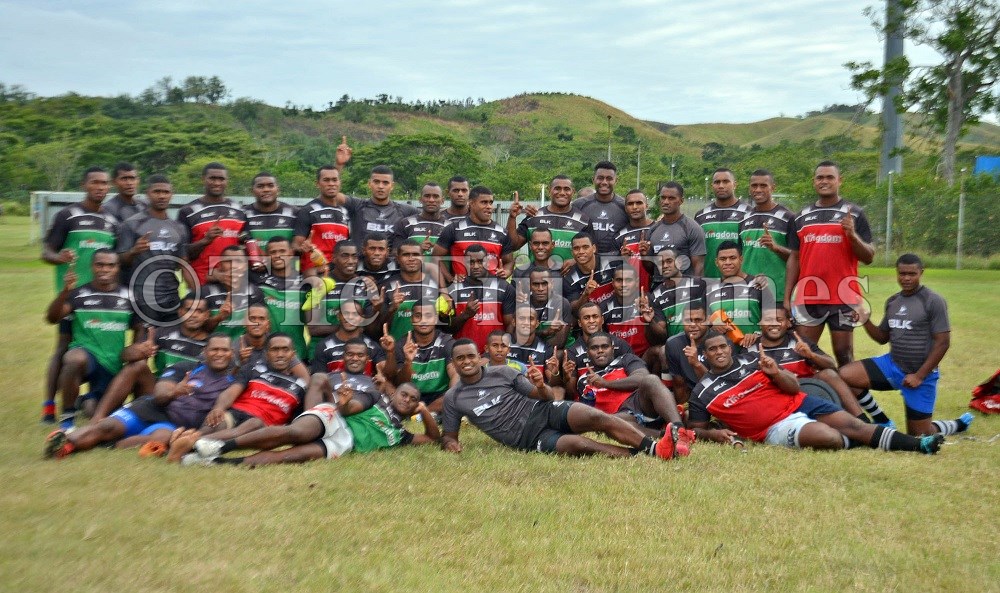 The Stallions looked hungry and aggressive last week as they pounced on Tailevu and handed the hosts a drubbing in front of their loyal fans.

After their shocking loss at the hands of Namosi, Nadroga was determined to regroup, get their acts together and produce a dynamic performance and the giants did exactly that.

Tomorrow, the Stallions face Naitasiri, which lost to Namosi (17-15) last week on Saturday at Thomson Park.

The Nadroga vs Naitasiri clash at Lawaqa Park, which has been dubbed as the clash of the titans, is set to bring out the best from two teams capable of winning the Skipper Cup.

Like many others in Fiji, I am becoming increasingly alarmed by persons entering Fiji carrying COVID-19.

OK, as far as we know these people are being intercepted, but I now take little comfort in assurances from statements like “as long as Fiji’s quarantine and border controls remain strong, there will be no transmission into the Fijian population”.

The massive COVID outbreak in Victoria has now been directly traced to breaches of quarantine regulations, and the New Zealand prime minister now believes that a quarantine breach has led to the current outbreak there.

What can happen overseas can happen here. The economic damage to Fiji’s economy is bad enough already, it can only worsen if we have to go into lockdowns, etc., again because of a local outbreak.

Again I would emphasise the necessity that persons wishing to enter Fiji, repatriates or whoever, produce valid documentation 48 hours before boarding an aircraft for Fiji that they have tested negative for the virus.

Repatriating persons from countries with high infection rates, or those who show no signs of getting the virus under control, should be discouraged. I believe the latest COVID case came from the American state of California.

Not only does America show no signs of controlling the virus, but the state of California has the worst record of any with nearly 600,000 confirmed cases and 11,000 deaths.

If the authorities drop the ball, the chances of a tourism recovery in the short term will be zero.

Vinaka vakalevu Graham Leung for your beautifully written and inspirational tribute (FT 12/08) to the late Apisai Tora, an iconic son of Fiji.

Yes, he was a larger than life character and although I didn’t know this great man personally, I can remember a very striking young man visit our home during the 1959 strike along with another stalwart of the union movement, James Anthony to seek legal counsel from my dad.

Mr Tora and Mr Anthony at the time were spearheading an amazingly bold dissent against the injustices of the then colonial government and sent the country into a tailspin with curfews and lockdowns that galvanised the nation towards independence.

Firstly, I wish to applaud the Government for not reducing the salary of civil servants.

At a time when there was rumour-mongering of salary cuts, the Government poured water on the wishful thinking of some trade unionists and politicians by maintaining the salary of civil servants, including teachers.

The prime minister said a mouthful while opening a kindergarten that he remains committed to ensuring children get the best education.

I have always found him to be genuine when it comes to the education of children.

The Government is doing all it can and we as teachers and parents, must sincerely play our part.

These are not normal times, these are unprecedented times, this is the reality of the matter.

I wish to thank the honourable Rosy Akbar for her genuine desire to ensure the best for the teachers and the students. Of course madam minister cannot dictate to parents what they should give to their children for breakfast, lunch and dinner.

As a responsible minister, she has ensured there are canteen policies on the sale of items. This is to safeguard the health of the children.

Accolades to the minister, her team and the teachers for persevering in these difficult times.

Let us not brag about noodles but work as a team like nodules.

Day India got its freedom from British rule on August 15, 1947. Hence, they celebrate their Independence Day on the day every year.

The elders remember the martyrs who sacrificed their lives in the struggle for independence.

They pay homage to the great leaders who suffered a lot to win freedom.

This day also inspires us to follow the teaching of peace and non-violence that was preached by Mahatma Gandhi, the father of the Indian nation.

Fiji and India have a long relationship as our forefathers ventured into Fiji.

India has supported with resources and we Fijians bear good diplomatic friendship.

In this pandemic our prayers that India overcomes COVID-19.

May I take this time to give recognition to a letter penned some months ago, titled “Fourth quarter” written by someone whom I gathered “has lived life”.

The author made an intriguing analogy of his life to that of an NFL game that normally picks momentum towards the latter part.

His story touched me and made me think and reflect upon my life as a young man still in the first quarter (25 so years) according to him.

I began work since I left school. I have since then changed jobs.

At the outset, I was never comfortable with working inside an office.

(A decision I later on regretted until today).

During lunch on a Sunday, I shared with my dad that I wasn’t happy with my work.

I simply didn’t like what I was doing. My passion was rather elsewhere.

I wanted to do work that demanded physical strength.

I asked him if I could join his construction team.

I loved to get my hands dirty and blistered with digging, carrying wood and all other labour related jobs. My father was baffled and couldn’t understand me.

He ranted at me saying that I would later live to regret that decision which I eventually did.

Long story short, I left the office work. I started work in building and construction.

I was always happy until one time when I was thrown to dig a ditch under the scorching heat.

It was an extremely hot day!

The area was swampy. Water level reached knee height. Literally half my body was wet daily.

Because of that, I got sick. Then, I began to reminisce the days I was working inside the office.

Aircon to cool me, little to no physical effort at all with work.

All the privilege and benefits attached to it.

Notwithstanding that, I am grateful that I’ve learnt a lifelong lesson the hard way which was never to make a decision without first factoring all its consequences.

Now I kind feel gutted seeing my former colleagues that I started work with in the office and those that later joined holding positions in respective government ministries and NGOs.

I should’ve been among them, perhaps better than them had only I listened to advice and thought long and hard enough about the decision that was made.

But I appreciate the experiences and lesson that my past has taught me.

Arvind Mani, sir, my heartfelt gratitude for taking your time to pen that letter.

Those were truly words of wisdom and could only have been written by someone that has lived life! Remain blessed senior!