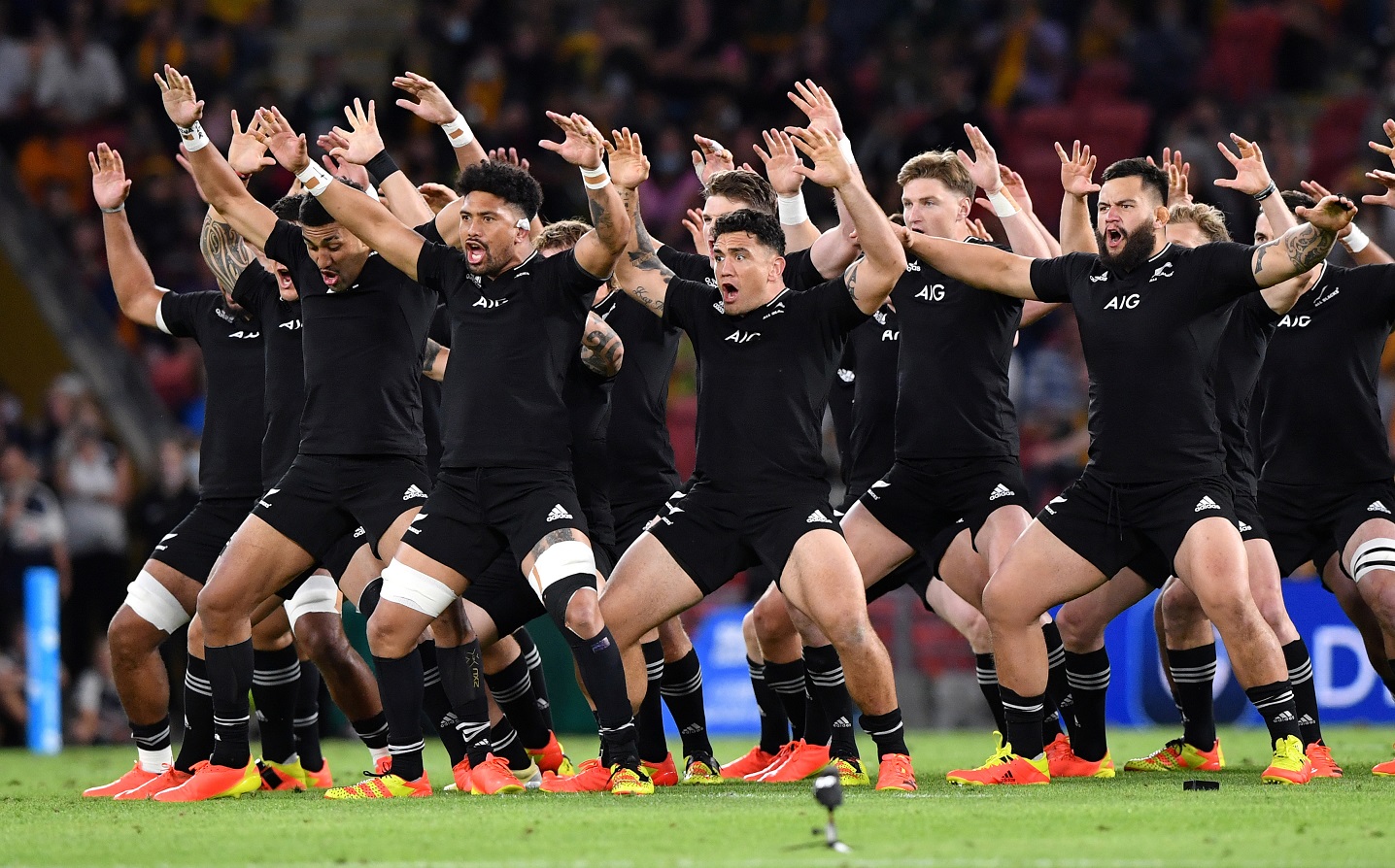 The All Blacks perform the Haka. Sam Cane was serious when he mentioned that his side had identifi ed the areas where they could apply pressure back on the Springboks in their second Rugby Championship clash at Ellis Park. Picture: REUTERS

We know where to improve

I HOPE All Blacks’ under performing skipper Sam Cane was serious when he mentioned that his side had identified the areas where they could apply pressure back on the Springboks in their second Rugby Championship clash at Ellis Park. Looking at the dismal outing by Ian Foster’s brigade, I have a feeling that the hosts will have the upper hand despite recent history not favouring them. In 2013 at Ellis Park, the All Blacks beat the Springboks 38-27, but a year later, South Africa recorded a narrow 27-25 win. In 2015 at Ellis Park, the All Blacks beat the Springboks 27-20. Having lost five Tests, All Blacks fans are bracing for a record six match losing Test run. This will add fuel to the All Blacks misery and Ian Foster’s job as coach. South Africa named a power-packed side. I’m praying for a miracle to save the All Blacks! RAJNESH ISHWAR LINGAM Nadawa, Nasinu

WHEN I read in The Fiji Times “Not enough milk: Prices force mothers to give baby gruel made from cassava” (FT 9/8), it made me awfully sad. I am sure many Fijians in the diaspora feel that way. Just over a month ago my son and daughter-in-law had their first baby in Tauranga, NZ. They have absolutely everything they need for the baby, including follow up home visit health care. With all the talk we have been hearing of about the economic boom under the Bainimarama Government, I am shocked and saddened by the dire situation faced by parents with babies in my home country. It does not have to be this way for a section of society. Things need to change for a better Fiji for all its people. RAJEND NAIDU Tauranga, NZ

TESSA Mackenzie questions the use of the Hibiscus as our national emblem. The emblem is, of course, distinct from the national flower. In our case the emblem is the coat of arms but what is the flower? According to Wikipedia, our national flower is the Tagimaucia but according to D&B Hargreaves’ 1970 work “Tropical Blossoms of the Pacific” the Hibiscus is the one. It has also been chosen by Haiti and Hawaii. In his article “Fiji’s own Hibiscus” (The Fiji Times 2019) Prof Lex Thompson describes several species of Hibiscus which have been growing in Fiji, and nowhere else, for possibly hundreds of thousands of years. Some varieties may indeed grow in other continents but I doubt whether any grow in Antarctica. I wonder which flower Tessa favours and whether there is any other authority on the subject? MICHAEL SCOTT Lautoka

ALGORITHMS. A process or a set of rules to be followed in calculations or other problem solving operations, especially by a computer. Algorithms act as an exact list of instructions that conduct specified actions step by step in either hardware or software based routines. Algorithms are widely used throughout all areas of IT. Data is defined as facts and statistics collected together for reference or analysis. As with many things in life, algorithms have a positive side but also a diabolically negative side. Algorithms can sometimes be used by big corporations and even governments to perpetuate bias and to sway decisions people make without them even knowing it’s happening. That’s one of the key dangers when algorithms are used secretly to garner support without people knowing they’re being manipulated. Is it happening in Fiji? Hard to say. But certain politicians who possess questionable scruples can sometimes be tempted in using sensitive data and information to help influence their cause to win people over who might be undecided about who to vote for. Is it legal to use algorithms for winning an election? I guess it depends on how it’s being used and to what extent it’s able to change an outcome. History has shown that the US elections in the past couple of years may have been tampered with using algorithms. And if you look at the results of the Brexit vote in Britain, algorithms were alleged to have been used to sway a certain proportion of the population. Even if political parties are hiring computer programming specialists to help conduct their campaigns, most of us will never know it’s happening because they’ll keep it a closely guarded secret. However, the coconut wireless in Fiji has a rather unusual way of spilling the beans. COLIN DEOKI Australia

I SEE that SODELPA announces its election candidates based on constituencies. I thought since the 2013 election system came into being, Fiji is one big constituency and there are no constituencies like before representing provinces, race and the like. I understand PAP will be doing the same thing. So, I am wondering whether this is a deliberate defiance of Fiji’s new electoral system which has been in place for 10 years now or whether these parties are pretending that they are still fighting under the old electoral system or whether they wish they were under the old electoral system or whether they are just being silly? Perhaps it is all of the above? Perhaps they just wish they were living in the “good old days”?I believe the people of Fiji are being hoodwinked in some way because there are no constituencies in Fiji and these parties are deliberately misleading to the voters. The candidates will not be representing their “constituency” they will be representing all peoples all over Fiji. I believe the FEO should do something about this fundamental misrepresentation of Fiji’s electoral system by these parties to the voters. But once again, why am I the only one raising this question? JAN NISSAR NSW, Australia

Back to the drawing board

SAIASI Fuli and members of the Fijiana 7s team know too well the expectations they will carry on their shoulders when the side competes in the RWC 7s tournament in South Africa. Just like the Olympics and the Commonwealth Games, the RWC 7s comes every four years. The men’s 7s side has won the Melrose Cup twice, but the Fijiana has not made it to the medal podium. In 2013 at Luzhniki Stadium in Moscow, the Fijiana finished last in pool play, having drawn 14-all vs Spain, and losing 31-5 to USA and 17-14 to Brazil. Fiji beat South Africa 22-5 and France 12-10 in the Bowl quarters and semis and Netherlands 12-10 in the final to finish ninth. In 2018, at the then AT&T Park (now known as Oracle Park), the Fijiana finished 11th, after thumping China 38-0. Prior to that match, the Fijiana beat PNG 43-0, but lost to Japan 15-14. It’s pleasing to see the progress made by the Fijiana- bronze medal in the Olympics and HSBC WRSS; back to back silver medals in Dubai; and silver medal in the Commonwealth Games. Fuli, his coaching staff members and the girls deserve accolades. It’s back to the drawing board- let’s support the Fijiana! RAJNESH ISHWAR LINGAM Nadawa, Nasinu

SHE worked late into the nights despite all the mosquito bites, her back ached and her arms grew tired, but she must not stop now, even at this late hour. The “kalavata” order had to be finished, for the function in the morning. She had agreed to the order, even though she had others. But this function was an important one and she must do the very best she can. At last, there was only one left, she will finish that, before she rests. But she will have get up again at five, to do the final touches, before the group arrives. EDWARD BLAKELOCK Pacific Harbour

NO job in this world can be regarded as lowly or insignificant if it becomes a legitimate means of feeding yourself and your family. In these hard times, one must be thankful for having a source of income. The article, “Pushing against the odds,” by Viliame Ravai (FT 11/08) is undoubtedly inspiring. Sakaraia Tamuriwai is earning a decent living as a “bara-boy” by delivering goods at the Suva municipal market and bus stand. Due to personal reasons he was unable to pursue his dream job of a police officer, yet he has become a real-life hero by becoming a breadwinner for his family. Thanks to The Fiji Times for bringing the life experiences of such inspiring people in order to motivate others. DINESH KUMAR Ba

PLEASE Jan, just hold your horse just a little longer and if the Opposition come into power, we all will find out if the present Opposition can solve the present government’s problems. Start swiping grog and relax your mind. Thanks for saying that Fiji has problems. SUKHA SINGH Labasa

IF FijiFirst supporter Jan Nissar of NSW has convinced himself that The Fiji Times is pro-opposition party and not “transparent, unbiased, balanced and fair” (FT 11/8) why does he continue to get his letters published in it? Jan Nissar is so right in saying everyone has the right to be an idiot. RAJEND NAIDU Sydney, Australia

It’s not too late

NOW the Fiji Teachers Union (FTU) is advocating for counsellors in schools. Why can’t FTU establish a teacher training institute to train counsellors for its members? It is not too late. ASISH VINAY PRASAD Raiwasa, Suva

End of another era

SERENA Williams is not just the highest ranked iconic tennis player, she is in fact a legend. In her superb sporting career, she has been accredited with 23 major titles and $US95 million ($F206 million) worth of fame to her name. She is supposed to retire after featuring in the US Open next month. Good luck to one of my favourite sports personalities all the very best in her future endeavours. DINESH KUMAR Ba

IF one looks around, at the events, happening globally and then scrutinise them, very carefully. Some events may look out of place and shocking, but really not unexpected, nor unusual. Especially when you consider the science and the technology that can now be used. It can also be manipulated, engineered and directed, for reasons that may be socially good, or for reasons downright dark and nefarious! EDWARD BLAKELOCK Pacific Harbour