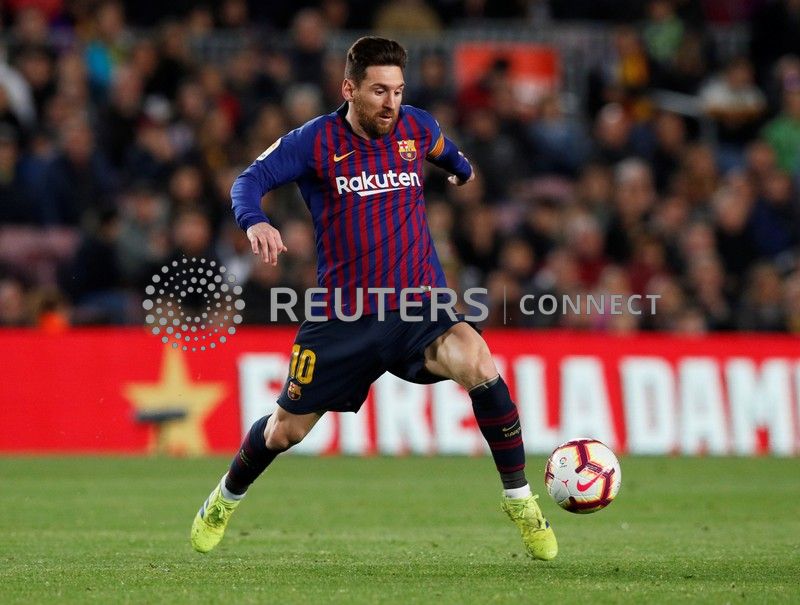 BARCELONA’S Lionel Messi broke another record as the legend walked away with his sixth Ballon d’Or award after being in phenomenal form.

Although Messi has not shined for his home country (Argentina), he has done enough for his club that saw him create shockwaves as the masterclass scored his 700th goal for Barcelona against Liverpool with a swift and mesmerising free kick.

Haters may hate him, but he is a class above the rest.

Congratulations Messi and all the best for the new season!

THANK you so much Fiji National Provident Fund (FNPF) for the wonderful get-together for the Western pensioners at the Sheraton Denarau on Saturday, November 30.

To all staff members who took time out to serve and look after us, thank you for your smiling faces.

It was a privilege to know that some pension members are almost reaching 80 and the eldest was my tauvu here in Nadi who is 85 – still receiving his pension and still going strong.

The food was delicious.

The gift pack was so nice, vinaka Pure Fiji.

The Fijian fan, iri, will be a long-lasting souvenir.

To the four lucky Bingo winners who received their prizes, what a good Christmas present.

The free flow of yaqona accompanied by the beautiful serenading of Jese Mucunabitu really made my day.

He is one of my favourite singers.

To all the Western pensioners who attended the function, I wish you all a blessed Christmas and a prosperous new year.

IN conjunction with the International Day for People Living with Disabilities is a four-page spread of a guidebook of mobility exercises for diabetic and cardiac patients.

It illustrates exercises to strengthen back, stomach, knees and ankle muscles, exercises to help with standing and walking, and exercises for below and above knee amputations (FT 03/12).

The heading reads “Get Moving”.

If statistics are anything to go by, then I believe these exercises are designed for more than 80 per cent of our national population.

A notable absence is exercises for the arms and hands and I believe that is so because we are already getting lots of that in our daily lives.

A great initiative sponsored by JICA, FRIEND, and Australian Aid.

THE new 7s season is about to dawn upon us.

As ever before, it promises to bring excitement to Fijian shores.

We will once again visit the Happy Valley in search of a sixth consecutive win.

There will be a “homecity” tournament in Hamilton too.

The number one sport for Fijians will also make a trip to Tokyo for the Olympics this summer.

The overall World Rugby Sevens Series title has to be defended as well.

Stakes are high at individual levels too.

Will someone rise up to grab the World Rugby Men’s 7s Player of the Year title from Jerry Tuwai?

Way too much to look forward to in the coming months.

I TRAVEL often and have come back to my city.

As a resident and former resident of Lautoka City, I was ashamed at the state of the Sugar City during the latest cruise ship visit.

The pathway from Lautoka port to town, it was filthy covered in dirt, dust, cane clipping and broken pathways causing a danger to the cruise ship pedestrians walking from the port to town.

So much for Lautoka City being voted the cleanest city in Fiji.

On top of the dust etc that these poor tourists had to endure, the mill was churning out black soot that no doubt would have settled on their clothing etc.

And the direct sunlight and midday heat sure takes its toll on our visitors, there are no tree shade cover along the footpath, let alone for the people of Lautoka.

Additionally, only a couple of shops were open for these passengers to browse through.

I thought Lautoka had a mechanical street sweeper that was donated/purchased to ensure that the streets were kept clean.

To the Lautoka City Council, I hope you will accept this observation from us who live overseas but come back.

Sometimes what you live with, that is broken footpath, soot, burnt building along the way, cane lying on the road is no longer ugly to you because you see it everyday.

I return and see these things.

Yes, I hope you will see this letter as a positive feedback and not as an attack on the council.

I know you can do more.

THERE is a difference in bus fares charged for the same distances by bus companies which service the Lautoka/Nadi route.

A particular bus company charges lower (correct) fares when compared with the rest which service this route.

Surely this can’t be a formal arrangement with authorities.

ON the ABC Q&A (2/12) held at USP, I heard the A-G Aiyaz Sayed-Khaiyum say “now” they have a “no drop policy” on domestic violence cases.

I thought we had that in the 1990s during police chief Savua’s time when I worked as a social welfare officer in Fiji.

WHEN a child goes missing, apart from the obvious speed that this should be headlines in the media, the exact location of where they were last seen must also be made known when public assistance is requested.

Both police and media have access to such tools as Google Maps to show a location and this vital information may assist jogging someone’s memory to something they have seen or heard.

WARNINGS were given by experts for over 20 years.

Greed won the day and it continues winning while fish stock diminish and climate change blamed.

In particular the section and I quote, “the ridiculous multi-storey monstrosity in a simple residential Suva neighbourhood”.

For your information, this particular neighbourhood must have been re-zoned many years ago.

In fact to the right of the said building is the Hotel Equipment Office and the Fijian Teachers Association Credit Union offices.

In front is the Hotel Peninsular and the Salvation Army complex.

To the left the Holy Trinity School.

Across to the left front the Fiji Performing Rights Association, Dominion Finance, WWF and others.

Some have been there for over 20 years.

Terry, have you been away for too long or is it fake news?

DO the MPs still have the tablets that were given to them some years ago?

I was just wondering because I don’t see them using it when I do watch a segment of the televised debates.

I BELIEVE our people have become so deeply accustomed to kava at any function that all functions literally could be called a kava function.

The price has increased multiple folds, but this is no deterrent.

The Hindu death rituals comprise of 13 days and I believe has become a financial burden as a result of providing kava.

Since there is no significance at all and the precise cycle of death hitting everyone anytime, let’s at least remove it from our religious obligations.

I believe times are getting tough so let’s be practical.

Let’s have a 13-day ritual without kava.

We can learn from it

I WAS watching an episode of the comedy, “Are you being served”.

The show is about the misadventures and mishaps of the staff members of the retail ladies’ and gentlemen’s clothing departments in the flagship department store of a fictional chain called Grace Brothers.

In one episode two employees from different departments had a little run in.

And one tells the boss, “I could go down there and punch him in the nose”.

The employee says, “Sir, my dignity will be at stake and most importantly the dignity of the store will be tarnished. I can settle the issue with dignity. I don’t need to go to that extreme.”

Even though it’s a fictional situation, we can learn from it.

HEART-WRENCHING as it is, I am amazed with Margaret Foss and her mum, Taina Foss’ struggles through life (FT 02/11).

She lost her dad when she was five and her mum is confined to a wheelchair, but through all that, both she and her mum managed to survive through social welfare, selling roti parcels on the streets, with the occasional support from family and friends.

She is such an extraordinary young woman who obviously is totally focused to succeed as she has scooped many prizes in her final academic school year and has become the recipient for the Proxime Accessit Award for Sacred Heart College this year.

She heaps praise on her mum for all her success and really seems to be a very humble, confident young woman.

A great example, that even through adversity, this mum and daughter have the ability to reach one of their goals, and they did it with humility, gratitude, determination and belief, and hard work and love.

I applaud Kontiki Finance for accepting her to start her internship and I really hope she gets the support she needs to further her studies at university level.

The light is beginning to shine at the end of those long years of adversities for this Mokani Village lass from Tailevu.

May the good Lord bless you and your mum always and I wish you the very best.

Indeed a heartwarming and uplifting account of how tough life can be, but at the same time how it can be triumphed through the human spirit of this remarkable mother and daughter.