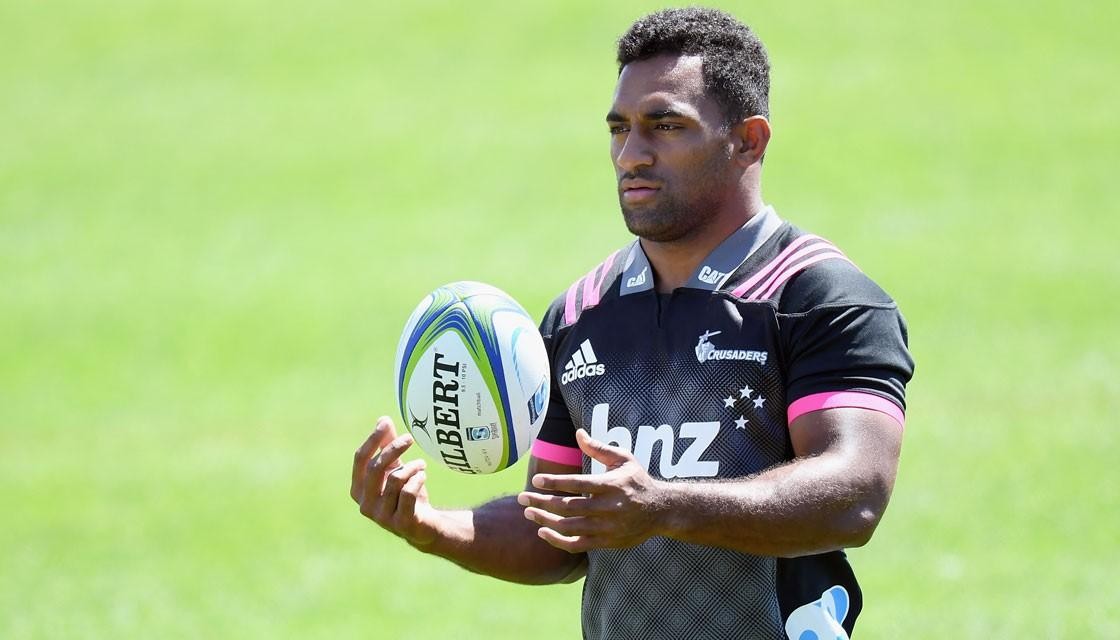 In one of my earlier letters I had predicted former Waikato flyer Sevu Reece to make headlines and here we are — our Fijian blood is already in big demand and is on the radar of the mighty All Blacks for their Webb Ellis defence. I’m pretty sure that Steve Hansen and his management would have set out plans to have Reece in the back line as he poses a threat to the opposition try-line (despite his small built) with his deft footwork, powerful and explosive runs and solid tackling ability. Reece showed his composure and ability to stretch defenders during the Crusaders battles against the Chiefs and Lions and he has the ability to create opportunities that the All Blacks may capitalise on during the RWC (Rugby World Cup). Reece also scored two scintillating tries against the Lions and showed no mercy while on defence. Unfortunately our Fijian brother is in demand but I wonder where was everyone when he was going through those hard days after a well-documented off-field incident involving his girlfriend. Reece even lost his rugby contract in Europe and trust me, hadn’t it been for the Crusaders his form would have disappeared. Reece has been dynamite for the Crusaders and if chosen to play for either the All Blacks or Fiji he would be that weapon who would scare the opposition. Against the Lions on Friday night I jumped with delight seeing Reece bounce off tackles and steaming over the line for his first try and then the way he dropped the ball on to his right boot as he skinned down the right-hand touch line and then dived on the ball to nab his second try. Reece may have powered his fame into the All Blacks frame but hats off to his parents William and Amelia Reece for their support and love towards our wonder boy. My best wishes to our “pretty special” speedstar and I hope that Reece will make the right decision about his playing career at this year’s RWC. For now, it’s shining Reece for the powers of Super Rugby and I’m adamant that the Reds will stand tall when the season concludes. Rajnesh Ishwar Lingam Nadawa, Nasinu

Of the total amount of government expenditure, how much is spent on road maintenance works yearly? This is the most common permanent return job in Fiji every year. Return jobs mean unnecessary costs. Return jobs mean that it was not done well in the first instance. Return jobs indicate that standards are not being followed. Then how have they been passed? Mohammed Imraz Janif Natabua, Lautoka

With the increase in population and the rising cost of living, I believe its severity is also increasing because of the problem of unemployment To begin with, as highlighted in the newspaper (27/04) of the claimed job loss of 2900 workers of Water Authority of Fiji who were employed as permanent and contracted workers, let us not forget that many people working at this company are the only breadwinners in their homes. I believe the bottom line is that many citizens will feel the impact of this move, not just those being sent home. The Government should be prepared to take the right steps at times of recession which leads to unemployment. I believe every individual in the nation faces this problem of unemployment. Therefore, I urge the Government to play a proactive role in reducing unemployment and also to assist in labour market challenges and streamline strategies relevant to forward upskill and build the capacity to uplift our people. Manshika kumar Lautoka

In Fiji I have seen that there is an enormous biased factor in the manner in which individuals are perceived and tended to with no thought, and done all around dishonestly. The most unfortunate casualties that are focused on are because of their sexual introduction as well as sex character. Also in 2016, the Prime Minister of Fiji, Voreqe Bainimarama even made his sentiments about marriage undeniably clear. “Fiji does not require that garbage,” Mr Bainimarama said. Meanwhile, does that give non-LGBT residents the right to downgrade the LGBT community? Fiji Victims Of Anti-Gay Violence Often Fear Community Repercussions If They Report Attacks To Police: An article from the Fiji Times online 2017 stated, “Gay people who had experienced brutality on our roads are regularly too panicked to even think about reporting it to police since they dread repercussions from the network.” Following assaults on two gay individuals in Nasinu, Haus of Khameleon director Sulique Waqa approached the individuals from the Lesbian, Gay, Bisexual, Transgender, Transsexual, Queer and Intersexual to report viciousness. Therefore, as an undergraduate student at the University of the South Pacific, I write to express my views on the issues of the LGBT community in Fiji. I feel as if the LGBT people are still being ill-treated the most and this could affect their education and future endeavours. Even so, as law-abiding citizens of Fiji, don’t we all have the right to freedom of expression? Mereani Naco Uludole Suva

I disagree with Mohammed Imraz Janif’s view (FT 29/4) that there “would not have been any residential care homes for seniors in Fiji” if people took care of their own senior folks. His is a romantic flirtation with a past society that has long ceased to exist. Fiji is a changed society as a result of its integration in the world capitalist system with all that it entails. Residential care homes (not only for the seniors) are a response to changed societal needs. I know this from direct experience as a social worker in Fiji for over two decades. The sooner social policy planners take cognisance of this fact the sooner adequate professional care facilities can be put in place to accommodate emerging societal needs for senior citizens and others in need. It is an abdication of State responsibility in modern times not to provide adequate care facilities for the various categories of citizens in need.
RAJEND NAIDU, Sydney, Australia

It has been quite a while that I read a very wonderful tale in The Fiji Times (27/04) titled “A kind heart”. The story foretells a former school teacher, Sailasa Niuqila who spends his retirement savings to help the needy in his very community. He said that the cost of building and renovating the three homes is about $10,000. What drove Mr Niuqila to do what he did was to improve the living standards of his family members and as he said, “It’s kind of sad that when you have everything with you and you step outside your house and you’re faced with your relatives poor predicament”. I wonder whether our ministers and CEOs in the various government ministries, church leaders and vanua leaders have the same sentiments like that of Mr Niuqila, especially when they have everything and when they step outside their offices or houses and are faced with many homeless and poor people in their own localities? Another wonderful reminder by Mr Niuqila when he said, “I always tell my children, it would be a waste if you have money and riches on you and you can’t share it. You won’t take it with you when you die.” I want to take this opportunity to thank Mr Niuqila for the great act of kindness and most importantly for reminding every Fijian that riches should be shared so that no one may be denied the basic necessities to live a dignified life. Furthermore, I truly believe that there are many poor people in our society today, because the rich just do not bother to share or care. Kositatino Tikomaibolatagane Vuninokonoko Rd, Navua

I was surprised to see a police pointsman at the Nadi International Airport entrance in the morning (29/2). At the Votualevu roundabout, there were four. I started thinking that this would ease traffic congestion from now onwards and there would be a reduction in travelling time. Then along the Namaka corridor, I saw bright blue signs clipped to lampposts about the ADB conference. The arrival of the royals still lingers in my memory. Fiji will be transformed if we have dignitaries from other countries arriving every day. Mohammed Imraz Janif Natabua, Lautoka

The $569,000 profit reported by Fiji Rugby Union CEO John O’Connor is interesting. How credible is this information and does FRU really and literally have $569,000 cash in the bank? The question that needs to be asked is how much exactly are our sevens gladiators getting paid? Can the FRU please inform the public in detail how our sevens players are cared for financially? It would also be interesting to know how much goes towards all FRU administrators, from the top downwards? I believe the lack of accountability by the union has corroded public respect and in order for them to earn respect, there must be clear and fair accountability of all expenditure. Simon Hazelman Rava Estate, Savusavu

I think it’s time I invested in a hovercraft! It can go over potholes and take shortcuts avoiding traffic jams. A nine-seater would be ideal and I hope it runs on water. Allen Lockington Kava Place, Waiyavi, Lautoka

Hats off to The Fiji Times for standing tall and giving an excellent coverage during the occasion of the Fijian Teachers Association and Fiji Teachers Union annual conferences and I commend our number one newspaper for raising both unions’ issues. The stories, articles and colourful pictures are highly appreciated and commendable, hence, thank you The Fiji Times for being the people’s newspaper! Rajnesh Ishwar Lingam Nadawa, Nasinu

Long gone are the days of the penpals, playing outside in bare-feet, building forts and climbing trees. Today’s electronic and digital gadgets have changed this activity forever. Children of today are called “techno-kids”. What will our grandchildren or your great-grandchildren be called? KELERA TALEBULAMAI Naitasiri

This is a genuine question that requires a genuine answer Is our Government broke? Reapi Nayacakalou Nadi

I hope the delivery of programs on television are scheduled to provide appropriate entertainment to the young ones at home all glued to their television these two weeks. Isn’t this important? Rani Rosy Sharma Verata, Nausori