Letters to the editor! 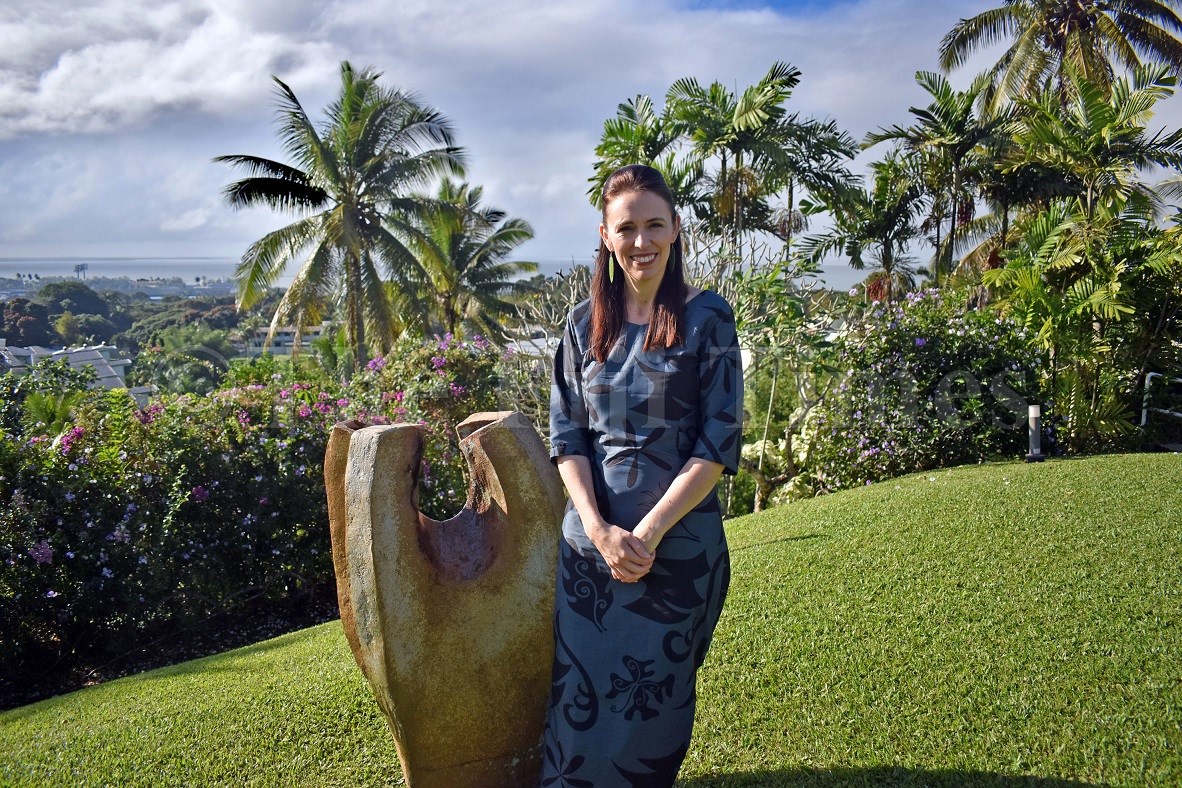 As mentioned in The Fiji Times for this policy to be reinforced by MOE (FT 18/1) will promote healthy eating for healthy living, the messages taken by students from school to home.

This can be well-taken as a lifetime asset for all of us. Sometimes children are tempted to buy food from other outlets when they are not guided.

Here, parents play a major role as they are responsible for providing healthy family food on the table.

Unless this policy is well-implemented and monitored by the health team and MOE, many school management may continue to sell unhealthy food for fundraising at the expense of children’s health.

There is a street saying of “been there, seen it all and done it all”.

I think the saying is only befitting for our incumbent Prime Minister Sitiveni Rabuka.

I was in awe and filled with deep empathy and admiration for the man that had lived life to its fullest.

From riches to rags and now back to the helm!

What a story! He is a living example of resilience and humility. Of course, attests to the phrase that whatever the mind conceives, it can achieve!

I am surprised by the change of tone by the Military Commander, Major-General Jone Kalouniwai, regarding his concern about the changes the coalition Government is implementing.

The Commander’s address reminds me of the Opposition Leader Voreqe Bainimarama’s address a few weeks back where he was claiming that the Coalition Government is not upholding the 2013 Constitution and there is no separation of powers within the Government machinery.

If the Commander is concerned about the changes that the coalition Government is implementing, shouldn’t he discuss his concern with the Home affairs Minister, the Attorney-General and the Prime Minister?

Why is the military commander going public about his concern when there is a legitimate Government in place that he can raise his concern with? By going public, the Commander is unnecessarily creating alarm and anxiety in our communities. I begin to wonder if there is an outside influence that led to the outburst of the Commander, for it is unbecoming of him going public which may have serious stability issues and civil unrest.

The story was based on the life of honourable PM 23 years down memory lane when he was a man living on a financial precipice.

He recalled how he was forced to sell property and assets to keep his head above water as he had earlier undertaken a significant investment, and seven years late, just when he was starting to find his feet, his pension and entitlements, including the use of an official government vehicle, were removed by the then government.

Hon Rabuka shared that at one time when things were so tight, he was forced to collect plastic bottles and sell them to stay afloat due to financial obligations linked to his estate in Vanua Levu.

Reading the latter part of the story shows the greatness of our leader as he worked his way back into politics and led SODELPA and The People’s Alliance Party into elections. He was discarded by some, but he became Fiji’s PM. Reading his speeches and messages indicates his principles and the love and faith that he has in God and the citizens of our beloved Fiji. Wish you all the best honourable PM!

Many may be taken by surprise with the news about the resignation of the New Zealand Prime Minister Jacinda Ardern, however, my only hope is that all our leaders especially in governments would have the courage to do as Madam Jacinda did caring for the land and the people and not for power and money.

In her words the honourable Prime Minister said and I quote: “I’m leaving, because with such a privileged role comes responsibility. The responsibility to know when you are the right person to lead and also when you are not. I know what this job takes. And I know that I no longer have enough in the tank to do it justice. It’s that simple.”

Thank you Madam Jacinda for your words of wisdom, and my only hope that our leaders in Fiji will learn one or two things from your advice.

It’s all about doing justice for oneself and for others that matters and not power or money.

New Zealand PM Jacinda Ardern has decided to call it a day after only six years in office.

What an irony good leaders voluntarily relinquishing power after a brief period of time while bad leaders try desperately to cling to power even after a long stay in power! New Zealanders can be proud of their progressive leader.

I wish to thank the staff of Lautoka Hospital for their services.

Especially the staff of the Men’s Medical Ward. I noticed Aspen uniforms.

Those of us who stayed appreciate each other. Security has been stepped up because of COVID.

Vinaka vakalevu. Last but not the least I hope hot water can be put in the showers.

I believe the people are the rightful custodians of the constitution, not the military or Government.

There is a massive problem with the maintenance of facilities and amenities provided by town councils across Fiji.

The Nausori Town Council built a volleyball court beside my residence and three years on, all we see is algae across the court; take one step on the court during the slightest drizzle and you’ll be seeing the seven stars in heaven!

I believe it’s the same with multipurpose courts in other town councils.

The only mission is to build facilities but there is no back-up plan to clean the place. Wake up councils!

I believe the country and every Fijian are indeed grateful that some ATS and FA workers who lost their jobs are returning to gainful employment. The Coalitian Government can never be thanked enough.

I don’t know why I can’t believe that Rabuka had to collect bottles to survive.

I used to think he must have made millions from his first coup sponsors.

Well we can say Modi, the PM of India was a tea boy and Rabuka PM of Fiji was once a bottle collector.

With the recent political developments, oh how I just miss my good late tovata Simon Hazelman’s letters. Simon was a prolific writer and a regular contributor to the People’s Parliament — Letters to the Editor column.

I remember vividly one time when we were on opposing ends, we exchanged but there was no love lost, and when I had mooted the idea for writers to form a party and contest last year’s elections, Simon was the only serious respondent and urged other letter writers to come on board.

May your soul rest in peace, my good friend.

See you when I get there!

My wife and had to go to Sacramento in November, 2022 to attend my niece’s wedding. We used to go to CA every year as our family is there. We could not go for several years because of the pandemic. So, we ended up staying there for over two months.

I missed out on all the election excitement but I was following it closely. And I did my civic duty — I voted by postal ballot. I am saying we “had to go” — I am not particularly interested in attending weddings. They seem to take months of preparation, cost a tonne of money, last a couple of hours — and then end in divorce. So much for the sanctity of marriage. A friend has some sound advice for marriage minded folks, — he says if you want to marry, do it in the morning. That way if it does not work out, your whole day is not wasted, but I digress.

I have been back for over a week now and have not written any letters yet. I have been thinking of what to write about. I have noticed an increase in the number of letter writers, even in the other daily. Much to everyone’s relief, one pesky writer from down under seems to have disappeared.

I have also noticed an increase in the number of beggars in Nadi Town. This is quite puzzling as the fresh stock of beggars are relatively younger and in seemingly good health. Not a good way for them to start the new year. I am deeply saddened at their lack of shame and self-esteem. I had once written that the main cause of poverty is laziness and was soundly chastised for it. I still feel I am right. I will be 78 in April and I am still working.

So, I thought henceforth I will write articles to motivate and inspire people to improve their lives. It’s easy if only we are willing to do it. I would like to thank Sue Cauty who, several weeks ago, had asked the new Minister for Education to adopt some ideas suggested by Professor in Linguistics, Paul Geraghty and yours truly — much to my wife’s surprise.

It is the coming of a new dawn under a new government. More than a decade ago, Barack Obama became not only the 44th president of the United States to serve in the office. His unique backstory, eloquence and charisma, and platform of hope and change won him the presidency. In the same vein, Sitiveni Rabuka has won on the platform of hope and change. We must not wait for handouts from the Government.

Embrace the stirring words of John F. Kennedy’s inaugural address which inspired children and adults to see the importance of civic action and public service. His historic words, “Ask not what your country can do for you — ask what you can do for your country,” challenged every American to contribute in some way to the public good. We must follow what Gandhi said, ‘Be the change you want to see’.