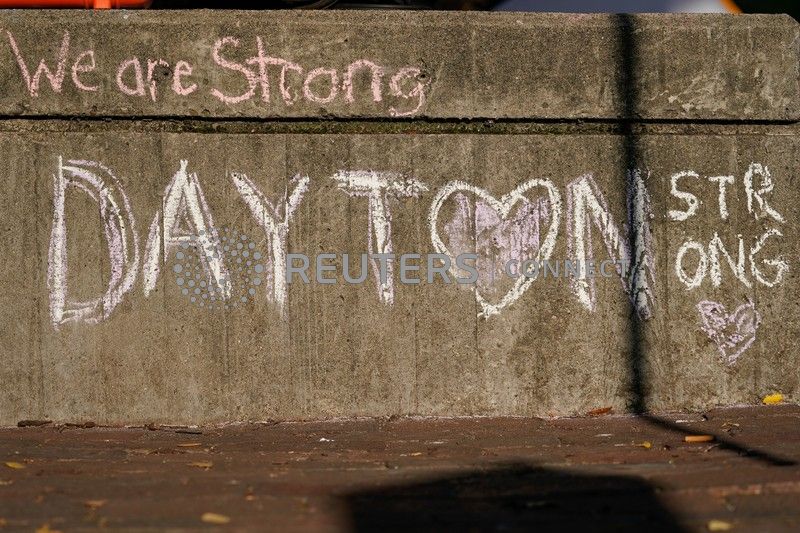 My heart goes out to the American people who have lost their loved ones in the latest gun massacre in Ohio and Texas.

But my mind registers no shock or surprise.

Could that be because I have come to accept the gun culture and the accompanying gun violence as an integral part of life in America?

It’s so tragic that civilised people should live that way.

It’s been quiet, does that mean that the issue of faith-based school principals has been sorted?

The police officers are doing an excellent job at the junction of Vomo St and Drasa Ave along the Kings Rd.

I smile each time I drive by because of the woman’s style, she is very active.

She reminds me of that guy who wore white gloves directing traffic in Nadi, he made the traffic jam headache less.

How many of the officers who succumbed to illnesses in the past years were male?

May I suggest that they do more foot patrol and traffic duties otherwise we will soon have only women in the force seeing that they are very visible on the Lautoka roads.

Although it is ideal that domestic violence attains extinct status, it is something which pops up every now and then.

Unparalleled statistics have been presented on this with unprecedented awareness about its effect on children.

Traditionally, men have been the perpetrators but according to a latest report, they are also victims of domestic violence.

Most often than not, the problem of broken families leads on to other problems.

With an attitude towards positive changes and awareness campaigns, to know the depth of domestic violence, do we know the number of broken families in Fiji?

Caught in the act

Some vendors were caught in the act of selling loose cigarette sticks in the Capital City and also people who are practising the same should be dealt with to put a stop to this.

Now time to get vigilant and face the law for breaching the Tobacco Act, fine of $1000 within 21 days to pay or face legal action.

It’s been an issue near bus stations where people stand to smoke and also makes it hard for other commuters who use the platform.

Despite the challenges they face daily, hats off to those officers who are performing their duties and the Ministry of Health.

I suppose there are others who are on the same trails especially small snacks vendors and also some people who roam around and approach or offer you to buy sticks in loose.

Let it be a warning to bring a stop to such an act.

Remember, selling of loose cigarette sticks or rolls are prohibited under the Tobacco Act, and breaching the Act means a fixed penalty notice and facing the full brunt of the law.

News from Local Government Minister Premila Kumar that municipal councils will have a team of special administrators and new CEOs in August has been long-awaited by some of us ratepayers.

While Premila Kumar has stated that these new people will bring “vibrancy to cities and towns”, I also hope they will drastically improve in undertaking such basics as keeping a clean and pollution-free environment for their ratepayers.

In Lami, I’m still trying to work out why the road I live in, I find flattened beer cans scattered all over when I drive down each day and they have been there for months along with cans and bottles on the grass verges.

All these I believe discarded by the drinking groups who congregate almost daily near and around the taxi rank area at the lower Kalekana crossroads.

Surprisingly when I drive through Lami centre every Sunday morning, I see a cleaner picking up leaves.

Perhaps the present administration of Lami council should consider collecting the flattened beer cans all over the road to protect the road surface because it’s a braking hazard.

This would not surprise me as for years I believe they have also allowed the direct discharge of pig excrement and urine into the Lai bay from pig farming in the mangroves without understanding the hazard.

I believe it is not uncommon in the civil service to hear – “Sorry sir, we are all new in the department.”