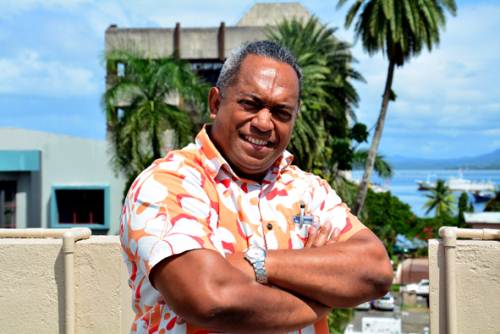 Still reeling from the devastation left in the wake of Cyclone Josie at the weekend, the weather office in Nadi has sent out another warning that could impact westerners again.

It warned yesterday that a low pressure system developing to the far West of Fiji is likely to intensify into a tropical cyclone that could affect the West by this weekend.

Fiji Meteorological Service director Ravind Kumar issued a special press statement yesterday saying the low pressure system, anticipated to develop to the far West of Fiji, was likely to intensify into a disturbance and possibly into a tropical depression and move closer to Fiji this weekend.

It is a rather tough scenario when you consider the fact that many people are still struggling to pick up the pieces after Josie.

Mr Kumar warned the chance of the system developing into a tropical cyclone while remaining to the West of Fiji was high by Sunday.

The system, he said, would bring strong to gale force winds and heavy rain and there was a high risk of further flooding in low-lying areas.

That is difficult to swallow in the face of the hardship faced by many affected families in parts of the Western Division right now.

At this stage though, Mr Kumar said, he could not determine the timing, track or intensity, however, the anticipated track would bring it close to the Western Division.

People, he warned, needed to be aware and prepared, and not leave things until the last minute.

Depending on how far from the group it tracked, the system, he said, was likely to bring strong to near gale force winds especially over the northern parts of the group, Yasawa and Mamanuca groups, and western Viti Levu.

Winds could increase to damaging gale force early next week he warned.

The warning is frightening to say the least, especially coming in the wake of Josie.

However, it does offer us a buffer, to prepare ourselves.

We cannot afford to be complacent.

The challenge will be on the powers that be to be prepared as well.

The processes that must kick in during natural disasters should be ready to do so if the weather turns nasty.

Looters were out at the height of Josie’s sweep through parts of the West.

While we hope there is no repetition if the weather does turn bad, we can’t be too sure though.

We can only hope that good sense will prevail, and that the powers that be do not have to put together an action plan to police this issue.

It is tough when lives are at stake.

Let’s be vigilant, listen to weather bulletins, read about tips and advice from experts, and stay safe.