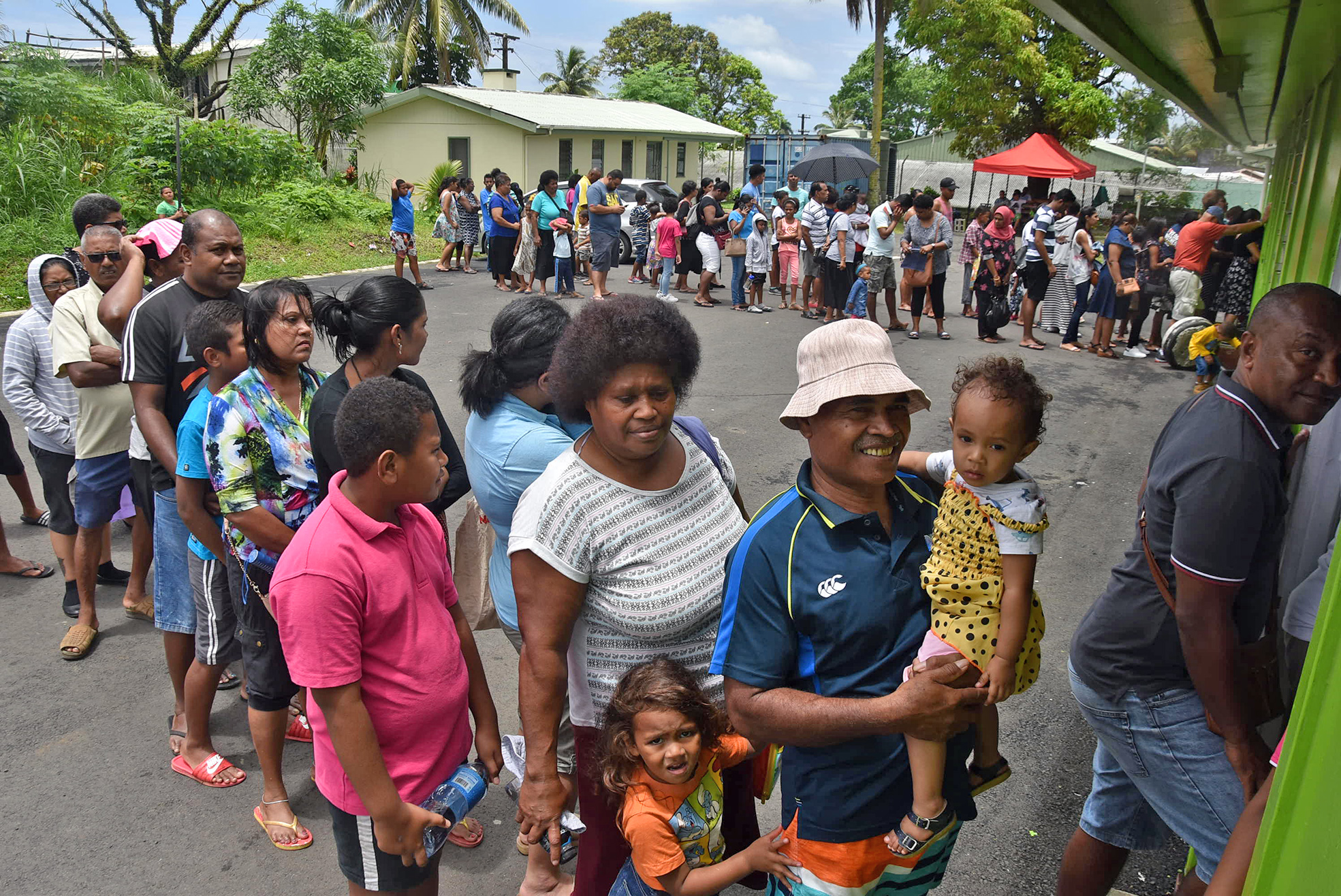 Members of the public flock in at Valelevu Health Centre yesterday to get immunised. Picture: LUKE RAWALAI

THE revelation that more than 1000 tourists who disembarked from a cruise liner in Savusavu yesterday were called back on board for measles vaccination is interesting.

Buses loaded with tourists for sightseeing tours in Savusavu had to cut short their trips and those in Savusavu Town were told to return before 10am to their vessel – Maasdam – that arrived from Vava’u in Tonga.

Whether that ruffled feathers yesterday is understandably something we can probably only guess. But it is a concern that this had to be done afterwards, when tours had been organised.

There is a picture that emerges of the effect of the vaccine, seeing as the general line appears to be one that urges people to get vaccinated some time before they move out to any of the danger zones around the country.

Savusavu, not listed in the danger zone, may probably be left out, and the vaccination process was a precaution.

However, it does raise the issue of preventative measures that must be put in place by the powers that be, to ensure there is no repetition of what just happened.

On one hand, it is encouraging that our processes and systems picked up and tourists were taken through the process of vaccination.

Having arrived from Tonga, it is worthy of note that processes obviously appear to be very different between our two nations. We are encouraged by the vigilance evident here.

Far from trying to sound negative, we raise the issue to encourage the powers that be to immediately put in place measures that ensure the protection of every visitor to our nation.

We should be putting in place systems that raise confidence in tourists to Fiji, that our systems are in tune with international standards, and we are proactively engaged in fighting measles. Copra Shed Marina manager Dolly Singh confirmed the incident yesterday and requested officials bringing in cruise liners to have better plans to attend to such situations.

“We had to call back all the tourists and they returned to the ship to get vaccinated and half-an-hour later, they were released and returned to the mainland,” she said.

“It is good that our communities are also protected and the tourists as well but it could have been better handled instead of how it was done this morning (yesterday).”

Tourists from Sydney, Australia who spoke on the condition of anonymity said when they returned to the ship, they were told that those born before 1956 could return to land.

“For those born after 1956, they had to prove to officials that they have received measles vaccination but if not, they were also treated on board the vessel,” a Sydney tourist said.

It again raises many questions about the differences in ages and requirements and vaccine demand for people from Fiji and other nations.

Yesterday, the Health Ministry revealed that two more new confirmed cases of measles had been recorded.

Twenty-one confirmed cases of measles have been recorded since the outbreak was declared on November 7. All are still confined within the Central Division.

This is the period when we do a lot of travelling around the country. Let’s get those vaccinations done, and let’s be mindful of where we are heading to.