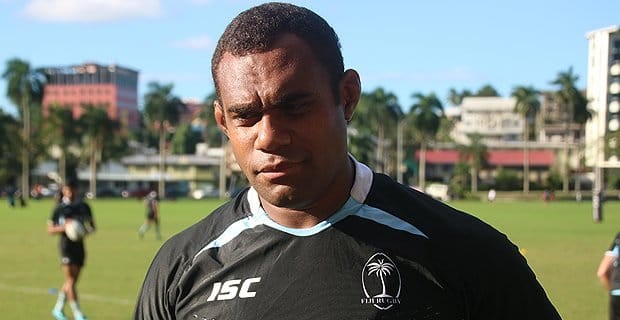 PARIS, 15 NOVEMBER 2019 (WIRES) – Flying Fijian lock Leone Nakarawa, a fans’ favourite during his three seasons at Glasgow Warriors has been suspended by his current club, Racing 92, and could be sacked.

The 31-year-old lock was late in rejoining his club after representing Fiji at the World Cup in Japan, where he played in all four pool matches for the Pacific Islanders. He returned to Paris this week, two weeks after he was due back in the French capital.

Nakarawa, who is the club’s second highest earner behind Finn Russell and is contracted until 2021, has been suspended pending a meeting with club management next week.

In his defence, Nakarawa’s father told Fijian media that his son had been delayed because he was involved in building a house for the family. He also claims that the player had been in contact with the club to make them aware of his delayed return.

Racing bosses have suspended Nakarawa, an Olympic sevens gold medallist in Rio and European player of the year in 2018, until 22nd November, when a full disciplinary review will take place. The potential outcomes are a warning, a fine or dismissal.

The club stated in a press release: “Racing 92 has provisionally laid off Leone Nakarawa and called him to a meeting prior to an eventual sanction.”

Meanwhile, former Edinburgh scrum half Sam Hidalgo-Clyne has completed a short-term contract with Racing as World Cup cover and has left the club.

The 26-year-old played six matches and scored a try during his period deputising for French international Maxime Machenaud.