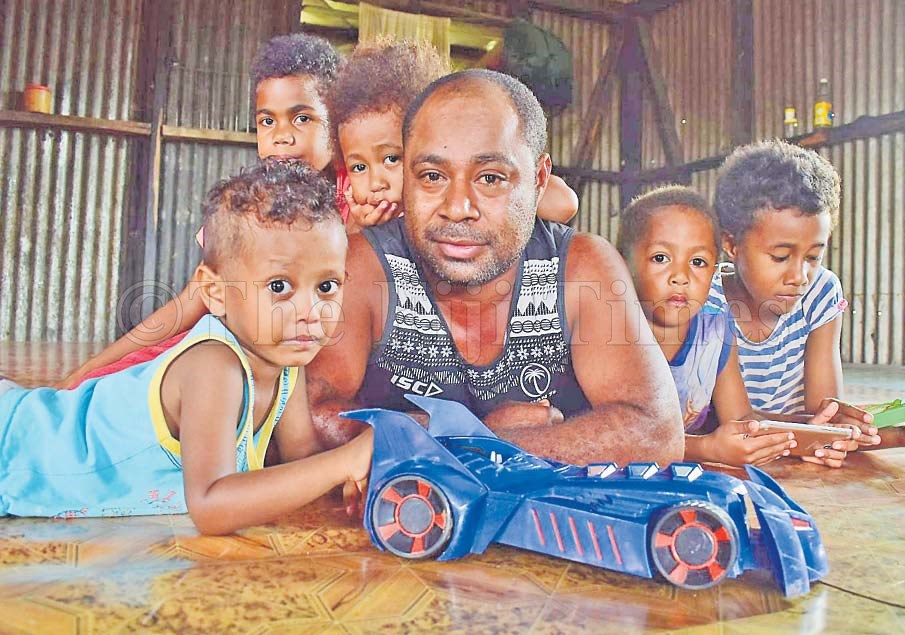 The 36-year-old Lakena, Nausori, resident said he used to work at a construction company, but was laid off after the lockdown.

“Since I am not working, I don’t have any income, so we just eat cassava from the farm with tea,” he said.

“During our childhood, we used to eat cassava with tea so we are used to it, it’s just my children who are struggling.

“We are lucky that we can get food from the farm, as feeding 10 members would have been very difficult.”

He said despite having a farm, the vegetables were not enough for everyone.

“Sometimes, my children do not want to eat cassava with tea because they are used to eating noodles, biscuits and tuna, but we cannot do much.

“My daughter used to eat Weet-Bix every day, but now we don’t have it and she is reluctant to eat cassava.”

He said his father was cutting grass to earn money and get some groceries for his grandchildren.