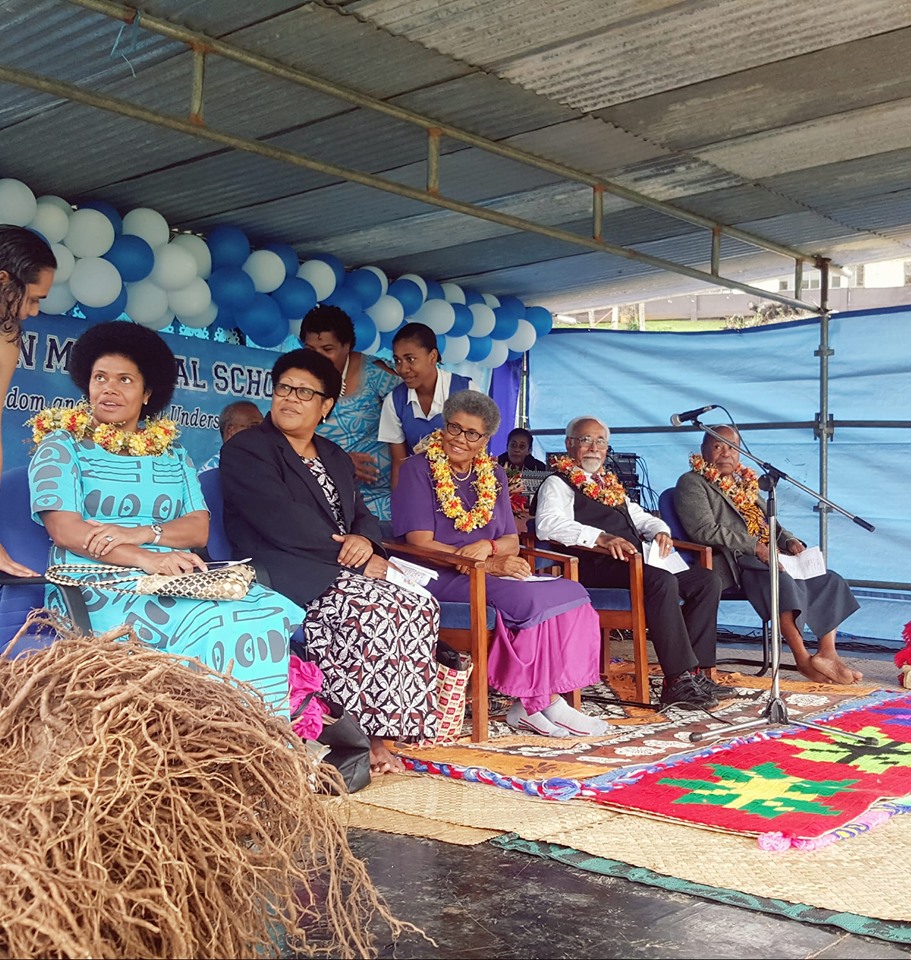 The Qereqeretabua family who were chief guests at the Lelean Day celebration yesterday. Picture: SUPPLIED/ANARE SAILO

MORE than $93,000 was collected during the Lelean Day celebration held at the Davuilevu ground yesterday.

Held at the school grounds, the fundraising event was aimed at raising funds for the construction of a new school hall for the students.

Parents Teachers and Friends Association (PTFA) president Anare Sailo thanked all those who turned out to their annual event despite unfavourable weather conditions.

“Lelean Day is an annual event now. We started off last year in an effort to construct a school hall,” Mr Sailo said.

He said students had always used the Baker Hall in Davuilevu to host big events, however, the increase in student numbers had forced the school to build another hall.

“Because of the increased school roll, we cannot fit in the Baker Hall any more so there was a discussion between PTFA towards raising funds for a new school hall.

“The turnout has been overwhelming and we thank all that made it here.”

Meanwhile, pioneering student and former hotelier Radike Qereqeretabua and his family had opened the event with a donation of $20,000.