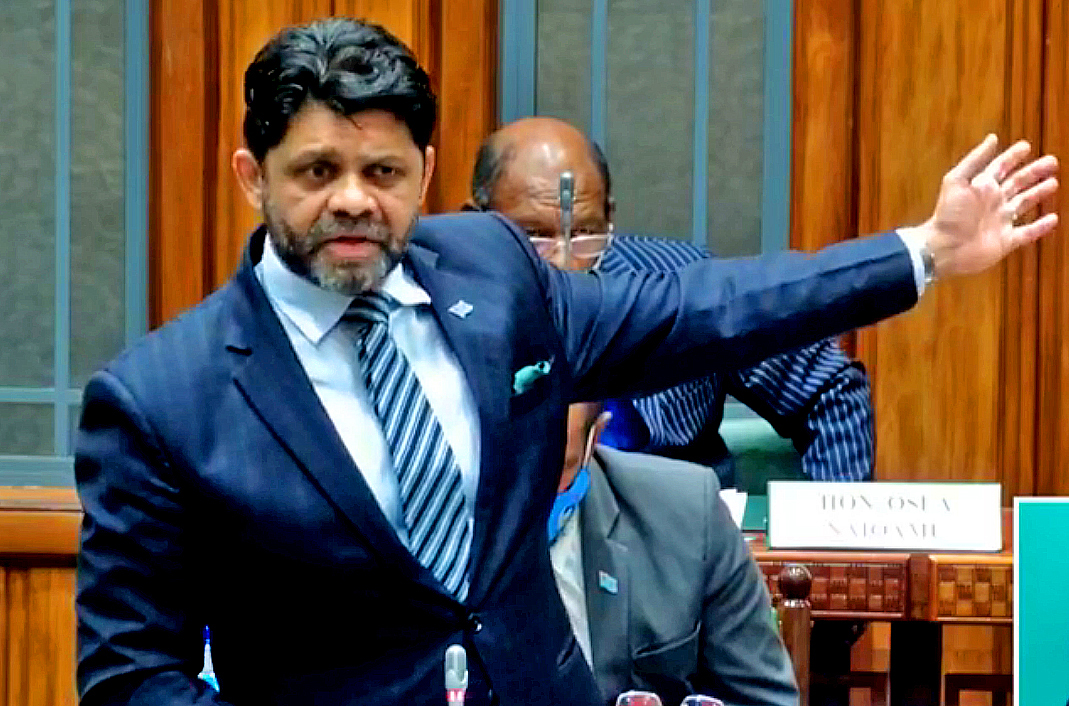 Attorney General and Minister for Economy Aiyaz Sayed-Khaiyum stresses a point in Parliament. Picture: : PARLIAMENT OF THE REPUBLIC OF FIJI

In the history of law making, the legislature will make changes if there is a reason to address any lacuna or shortcomings in the law, Attorney-General Aiyaz Sayed-Khaiyum told Parliament yesterday while delivering the right of reply to the Electoral Voters Registration Amendment Bill 2021.

Speaking on the Bill, Opposition MP Niko Nawaikula, however, objected to the manner in which the matter was brought to Parliament through Standing Order 51.

He said the Bill was in response to the ruling by the Chief Justice on his case before the Courts of Disputed Returns.

“This amendment goes to the litigation that we have against me personally and it is to amend the electoral registration of voters,” he said.

He said the A-G had lied that the proposed amendment was a constitutional provision for fair voting.

“Why didn’t you make the amendment earlier on? “Government should be honest, they are not happy with the Chief Justice’s decision.”

“Therefore, the counsel failed to bring to the court what would be the consequences of accepting common law principals, these came from the last century.

“We are living in the 21st century, there is identity theft, money laundering, terrorism and human trafficking, all countries are moving towards authentication of identities of individuals living in their countries, otherwise you have people travelling under different passports and different aliases.”

He said laws were made by Parliament and interpreted in court which was nothing peculiar to this Government.

The Electoral Voters Registration Amendment Bill 2021 is expected to be debated and passed in Parliament on Wednesday through Standing Order 51.

The proposed amendment seeks to ensure the constitutional provisions of requiring and ensuring we have a registered voter actually voting in the elections.