Leftist militant Battisti extradited to Italy after arrest in Bolivia 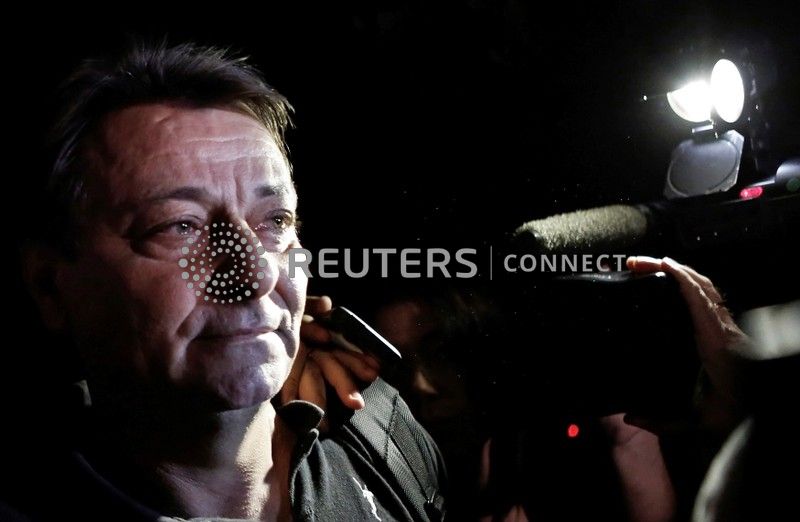 MILAN (Reuters) – Italian former leftist guerrilla Cesare Battisti, convicted of murder and on the run for almost four decades after escaping prison, was extradited to Italy after being arrested in Bolivia, officials said on Sunday.

His extradition was confirmed in a statement from the Brazilian government, where Battisti lived for several years until recently fleeing to Bolivia.

Battisti, 64, was arrested on Saturday in the Bolivian city of Santa Cruz de la Sierra by an Interpol team.

He was sentenced to life imprisonment in Italy for involvement in four murders in the 1970s as a member of the far-left Armed Proletarians for Communism.

After escaping in 1981, he lived in France before fleeing to Brazil to avoid extradition. Battisti, who has a 5-year-old Brazilian son, lived in Brazil with the support of former left-wing president Luiz Inacio Lula da Silva.

However, the far-right Bolsonaro, who took office this month, pledged to return Battisti to Italy. In December, a Brazilian Supreme Court judge ordered Battisti’s arrest, but by then he had vanished again.

Battisti’s lawyers in Brazil filed an emergency motion on Sunday to try to stay his extradition, but the president of the country’s Supreme Court, Jose Antonio Dias Toffoli, denied it.

Italian Interior Minister Matteo Salvini thanked Bolsonaro and the new Brazilian government “with all my heart for the changed political climate”.

Salvini, head of the right-wing League party that partners the 5-Star Movement in Italy’s ruling coalition, was one of the first top European politicians to endorse Bolsonaro.

Battisti, who became a successful crime novel writer, said last year that he feared he would be tortured and killed if he were sent back to Italy.