Leeds hang on for points in seven-goal thriller with Fulham 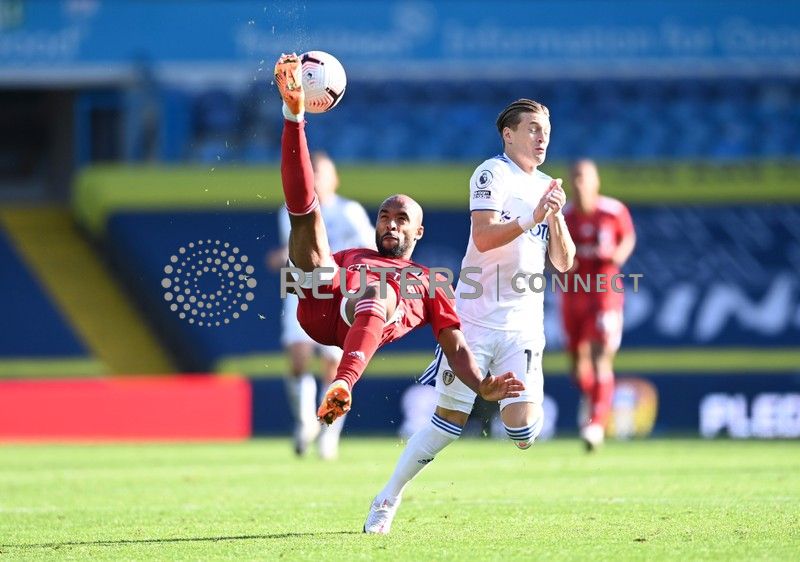 LEEDS (Reuters) – Newly-promoted Leeds United continued their barnstorming return to the Premier League as they claimed their first points with a thrilling 4-3 win over Fulham at Elland Road on Saturday.

After being on the wrong end of a 4-3 scoreline at champions Liverpool on the opening day, Leeds, back in the top flight after a 16-year absence, produced more vibrant attacking football along with defensive jitters.

Two goals from Helda Costa and one apiece for Mateusz Klich and Patrick Bamford should have made for a more comfortable afternoon for Leeds boss Marcelo Bielsa.

But Aleksandar Mitrovic’s brace kept Fulham, promoted along with Leeds last season, in the hunt in an absorbing clash played out at a punishing tempo throughout.

For Leeds, the relief was palpable as the final whistle heralded their first top-flight win since April 2004.

“It was a little too close in the end,” Bamford, who also scored at Liverpool, told BT Sport. “I think there will be a few long meetings this week to see what we can do better.

“The third goal made us panic a bit.”

While defensive coaches may pick holes in the Leeds approach, there will be few complaints among the Yorkshire club’s fans, or neutrals, if they keep serving up this kind of entertainment.

They needed only five minutes to go ahead as Costa, unmarked at the back post, took a touch and smashed home.

Leeds played the ball around in fluid fashion but a rash tackle by new German signing Robin Koch saw Joe Bryan go down in the penalty area and Mitrovic converted from the penalty spot for his 50th goal in 100 league appearances for Fulham.

The visitors were only level for seven minutes though as Bryan pushed Bamford in the area, allowing Klich to calmly roll in the penalty and give Leeds an interval lead.

Bielsa’s side began the second half in stunning fashion and Klich’s sliderule pass cut open Fulham’s defence, allowing Bamford to place his shot inside the far post.

Substitute Bobby Decordova-Reid fired into the bottom corner and when Mitrovic headed in Kenny Tete’s cross there were still more than 20 minutes left on the clock.

Mitrovic went close to an equaliser and Neeskens Kebano hit the post for Fulham as Leeds wobbled but the hosts could also have added to their tally in a tense finale.

Like Leeds, Fulham’s style was easy on the eye but Parker’s side now have no points from two games, having conceded seven.