Lee back from US; leads golf title hunt 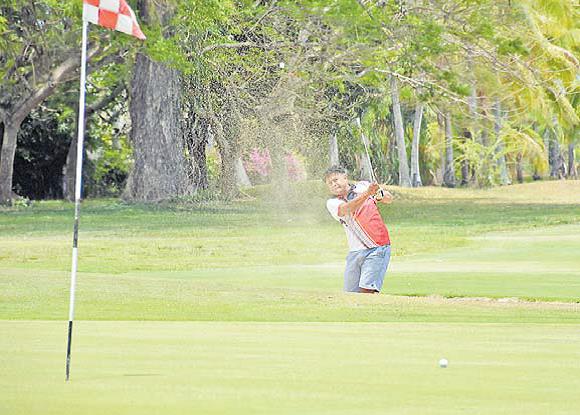 Sam Lee is the hot favourite for the Amigo Traders Denarau Open Championship which will be played at the Denarau Golf and Racquet Club course this weekend.

Lee is back in the country after spending a few months in the United States trying to secure a lucrative golfing tour card.

He will face stiff competition from Zoheer Ahmed, who took out the Rum Co of Fiji Pro-Am at the same venue after a two-way playoff with Roneel Prakash and Tomasi Tuivuna.

Denarau Golf Club manager Amiteh Chandra said the professionals would play for $5000 while the amateurs fight for $3500 worth of prizes during the Denarau Open.

Chandra said there was a lot of hype leading into the Denarau Open after the success of the Rum Co of Fiji Pro-Am last weekend.

“We thank Paradise Beverages for last week’s sponsorship,” he said.

“The tournament was great and was the first to be held after the sporting restrictions were imposed in April.

“All the participants loved the event and it just shows how popular Rum Co of Fiji Pro-Am has become amongst the Fiji golfing community.

“The Fiji PGA contributed towards the prize money for the professionals alongside Paradise Beverages.”