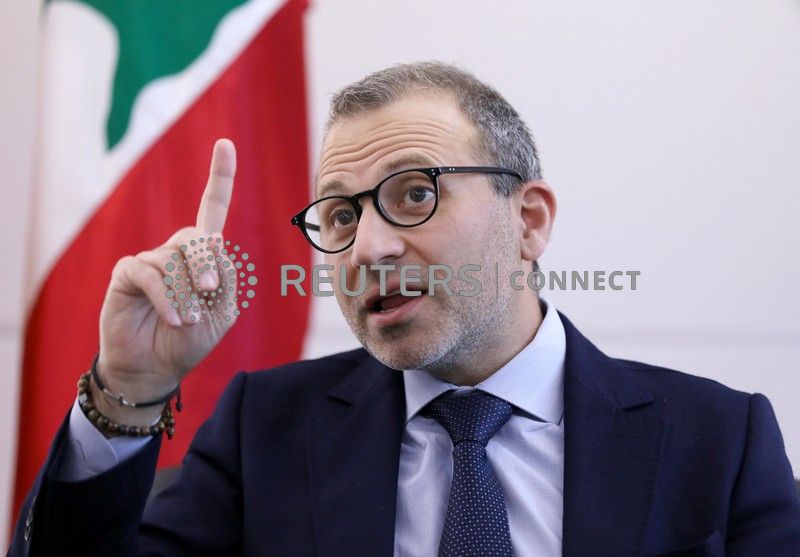 BEIRUT (Reuters) – A party founded by Lebanon’s Christian president made a proposal to end a dispute that has blocked the formation of a new cabinet and threatened a French drive to lift the country out of its worst crisis since the 1975-1990 civil war.

The proposal, put forward on Saturday, involved handing major ministries to smaller sectarian groups in a country where power is shared between Muslims and Christians.

There was no immediate comment from Shi’ite Muslim groups, which have insisted they choose who fills several posts. But a political source familiar with the thinking of dominant Shi’ite groups said the idea was unlikely to work.

Lebanon’s efforts to swiftly form a new government have run into the sand over how to pick ministers in a country where political loyalties mostly follow sectarian religious lines.

A Sept. 15 deadline agreed with France to name a cabinet has passed. Paris, which is leading an international push to haul Lebanon back from economic collapse, has voiced exasperation and told Beirut to act “without delay”.

The leader of the Free Patriotic Movement (FPM), the party founded by President Michel Aoun and allied to Hezbollah, proposed “undertaking an experiment to distribute the so-called sovereign ministries to smaller sects, specifically to the Druze, Alawites, Armenians and Christian minorities”.

The statement was issued after Gebran Bassil, FPM head and son-in-law of the president, chaired a meeting of the party’s political leadership. Bassil is a Maronite, Lebanon’s largest Christian community.

Prime Minister-designate Mustapha Adib, a Sunni Muslim under Lebanon’s sectarian system of power sharing, wants to shake up the leadership of ministries, some of which have been controlled by the same factions for years.

Lebanon’s main Shi’ite groups – the Amal Movement and the heavily armed, Iranian-backed Hezbollah – want to select the figures to fill a number of positions, including the finance minister, a top position often called a “sovereign” ministry.

An FPM official said the party had not discussed the idea about distributing ministries with Hezbollah or Amal. “We are proposing an exit strategy for those who are stuck up a tree without a ladder,” the official told Reuters.

With the nation buried under a mountain of debt and with its banks paralysed, the finance minister will play a crucial role as Lebanon seeks to restart stalled talks with the International Monetary Fund, one of the first steps on France’s roadmap.