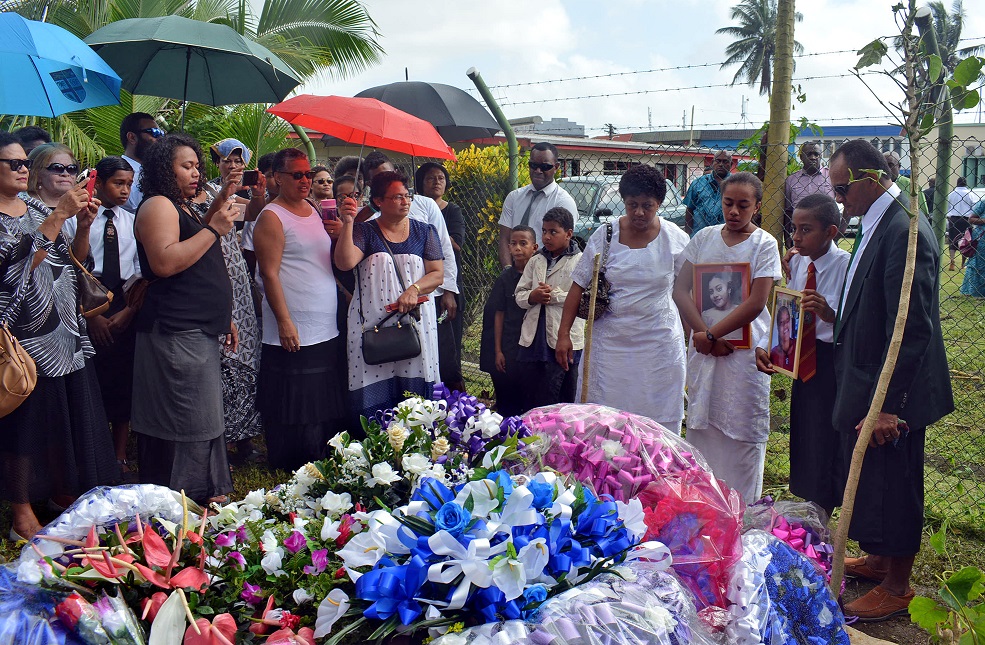 Parents of the late Salanieta Leba gather with relatives at her funeral in Nausori. Picture: JOSEFA BABITU

SAVENACA Waqairatu never imagined when his daughter Salanieta Leba bade him goodbye last week Friday as he left for work, that it was going to be her last goodbye.

Now, it is all memories as they laid her to rest at Nausori Koro yesterday.

Hundreds of people gathered at the Vunivivi Methodist Church to bid their final farewell to the former Lelean Memorial School student.

The 19-year-old was allegedly murdered by her partner after a heated argument.

While delivering his eulogy, Mr Waqairatu said he thought the call from the Colonial War Memorial Hospital in Suva last week was just about injuries.

“We thought Leba was still alive, but we did not know that our baby girl was lying down silently on the hospital bed,” he said with tears.

“Leba was my first born. I will miss her presence, and she was beautiful inside and out.”

The grieving father said relaying the news to his two other children was the hardest.

“The two children were expecting us to bring good news home after we returned from the hospital. We reached home at midnight and the children were still awake.

“I did not show any sign to them that one of our girls had died, but God helped me through a devotion we had that night.

“Leba has gone to a place that is destined for her and that is where we will all be come our time.”