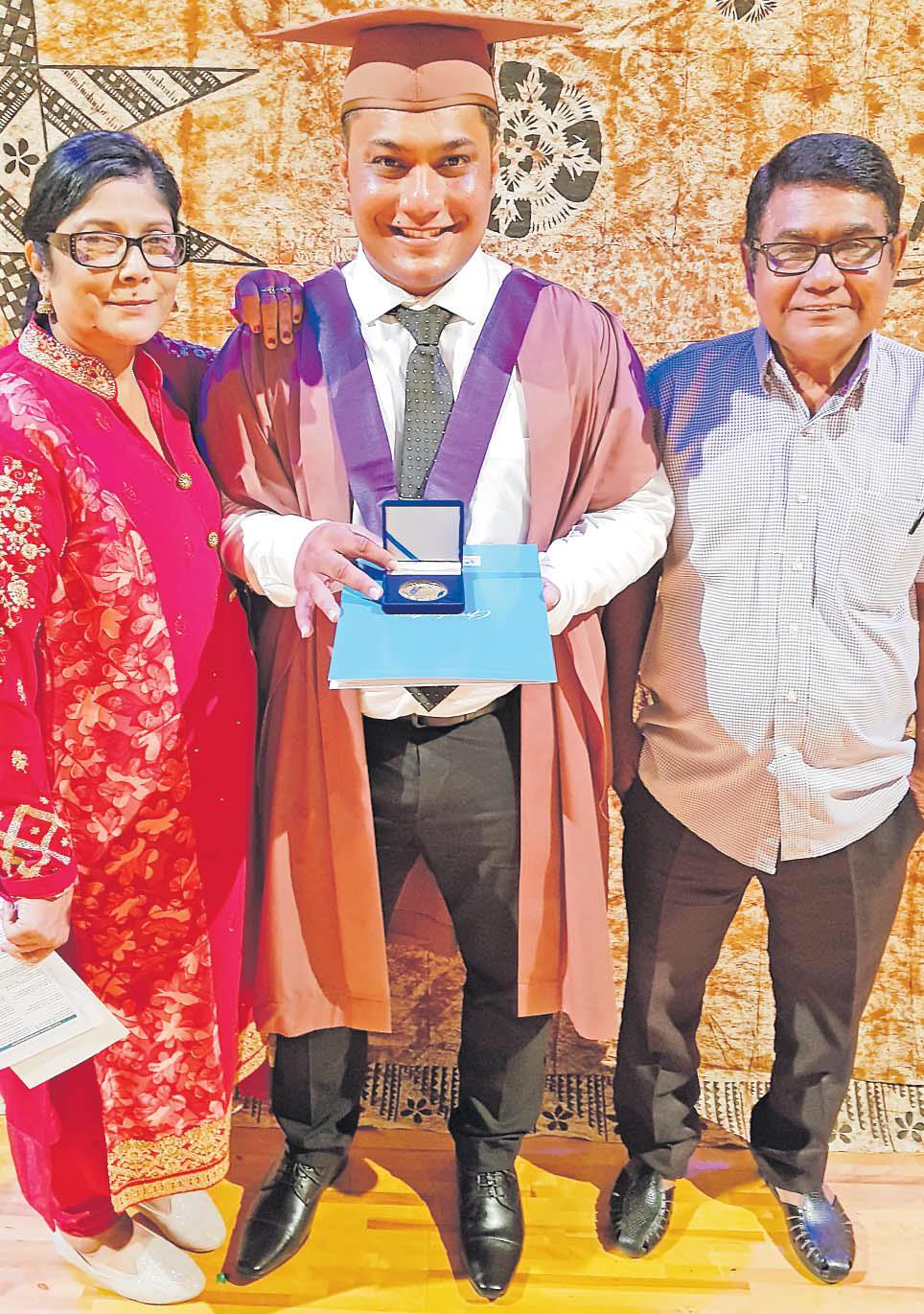 EDUCATION is not restricted to age. Learning never stops, you’re never too old or too young to follow your dreams.

This is the testament from University of the South Pacific Masters in Business Administration (MBA) graduate and gold medal recipient Alamgeer Shah.

At 35, Mr Shah, the area sales manager west for British American Tobacco is proud to share his story as an inspiration to Fijians that education is not for the young, the bright and the smart but for the brave hearts and those who are always eager to go the extra yard. “I have always wanted to be an MBA graduate,” Mr Shah said.

“During my degree studies at USP Suva, I had a Samoan friend, who had taken a year’s break from work to pursue his MBA –– hearing him talk about it, seeing his commitment and dedication, the kind of discipline it instils, the ambitious plans he had, I knew I had to pursue an MBA.

“But I never really thought I will attain an MBA – it seemed difficult and required a lot of work. I also didn’t think I had it in me.”

When he joined Vodafone in 2008, the Lautoka man was exposed to a dynamic, multinational corporate environment, working among some of the very best in their fields, and having some of the most prolific leaders around him.

This experience reignited the passion to pursue his MBA.

However, he went on to do advanced studies in Telecommunications Management and later changed industries and field of work.

He rejoined the Reddy Group, as the group corporate training and development manager, for Fiji, Samoa and New Zealand. From a commercial field, he had switched to human resources and took up studies and certifications in the HR and training field.

He travelled a lot because of work and used to be away from home frequently hence putting his MBA plans on hold.

“Also, I didn’t think I could commit to the demands of doing an MBA since I was west-based and USP Lautoka MBA classes were always on Fridays and Saturdays.

“I had become too complacent with work and all the travels and loved my weekends too much to commit it to studies.

“But I’ve always been quite an ambitious person and always aspire to pursue something new, and continuously challenge myself.”

It was in late 2015 that he made up his mind –– enough procrastinating and fear of commitment and took up his MBA studies.

It was no looking back for the hardworking man. The hard yards involved in completing MBA studies pushed him to work hard and be committed. Doing an MBA, Ms Shah said was never easy.

While MBA requires immense dedication and commitment, it cannot be achieved without the right support system.

For Mr Shah, his four-pillared support systems were his parents, workplace, classmates and lecturers.

“Dad was always good in studies and despite his background, and against all odds he achieved a lot academically.

“This always motivated me. Mum was always there for me, be it moral support, pushing me on when the struggles became too much, or I thought of giving up, simplest things like checking on me, getting me a cup of coffee when I would be studying or working on assignments.

“From the simplest things like waking you up for studies and exam day, moral and financial support, my mum and dad stood behind me always.”

He shared that being part of a committed organisation was an added boost to his studies.

He studied among classmates who had been bosses, managers and executives in their own fields and he learnt a lot from them. But determination and self-belief were the main driving factors to his success.

“Learning is a journey, not a destination – it never stops. Self-learning is an important pillar of the journey –– I’ve always been someone who believes in self-learning.

The first step to success is knowing your priorities, and success is no accident –– requires courage, perseverance,  determination, commitment and dedication – tonnes of it too.

Above all else, Mr Shah concluded that humility is the most important component of achieving the best in his MBA studies and in life.