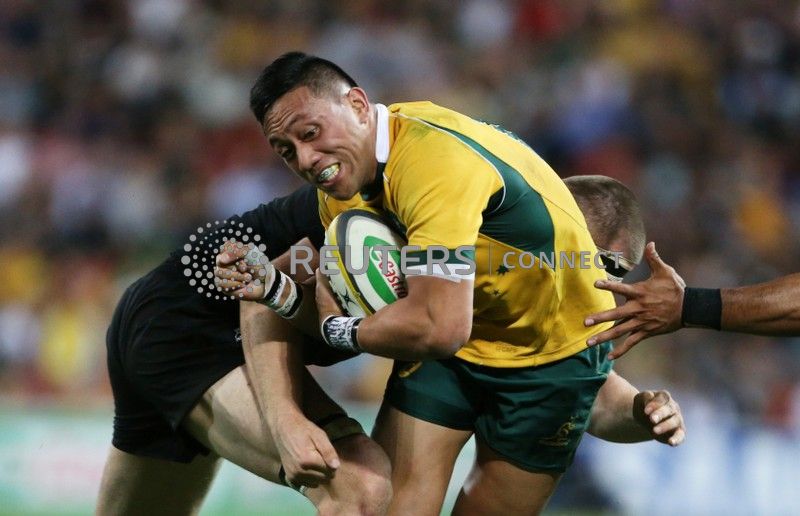 MELBOURNE (Reuters) – ACT Brumbies captain and cancer survivor Christian Lealiifano has been recalled to the Wallabies squad for the first time in three years, beating out flyhalf Quade Cooper for the first Rugby Championship test against South Africa.

Lealiifano’s inclusion in the 34-man squad released on Thursday follows a strong season with the Canberra-based Super Rugby team and caps his brave comeback from a battle with leukaemia after his 2016 diagnosis.

It also features a number of notable omissions, including 71-test scrumhalf Nick Phipps, a long-time Cheika favourite, and his team mate at the New South Wales Waratahs, flanker Ned Hanigan.

The panel has opted for Joe Powell and the returning Nic White as the understudies to regular scrumhalf Will Genia, with the versatile Matt Toomua and Lealiifano the likely backups for flyhalf Bernard Foley.

“I’m not the expert to speak on what Christian has been through, only he knows that and his family,” Cheika said in a statement.

“What you can’t deny is his form in Super Rugby at the end of the day.”

Veteran back Adam Ashley-Cooper has been retained in a boost for the 35-year-old’s hopes of playing at a fourth World Cup, while pacy Brumbies fullback Tom Banks will battle Kurtley Beale for the number 15 jersey left vacant by the sacked Israel Folau.

Workhorse prop James Slipper, who played his last test in 2016 and was sacked by Queensland for positive cocaine tests, is back in the international frame after a solid season for the Brumbies.

Waratahs hooker Tolu Latu has been included despite missing plenty of Super Rugby due to a drink driving charge and a long suspension for foul play.

Former Wallabies flyhalf James O’Connor, who was expected to sign up for a return to the Queensland Reds this week, was not considered despite training with the squad in Brisbane this week.

Australia play the Springboks in Johannesburg on July 20, part of an abridged Rugby Championship due to the World Cup.

Cheika, who previously had sole discretion over selections, said it had been a “tough” process.

“It was the first time we’ve worked as a selection panel with different voices and different opinions challenging each other but I think we’ve come to a better outcome than if I was just picking it myself,” he said in a statement.