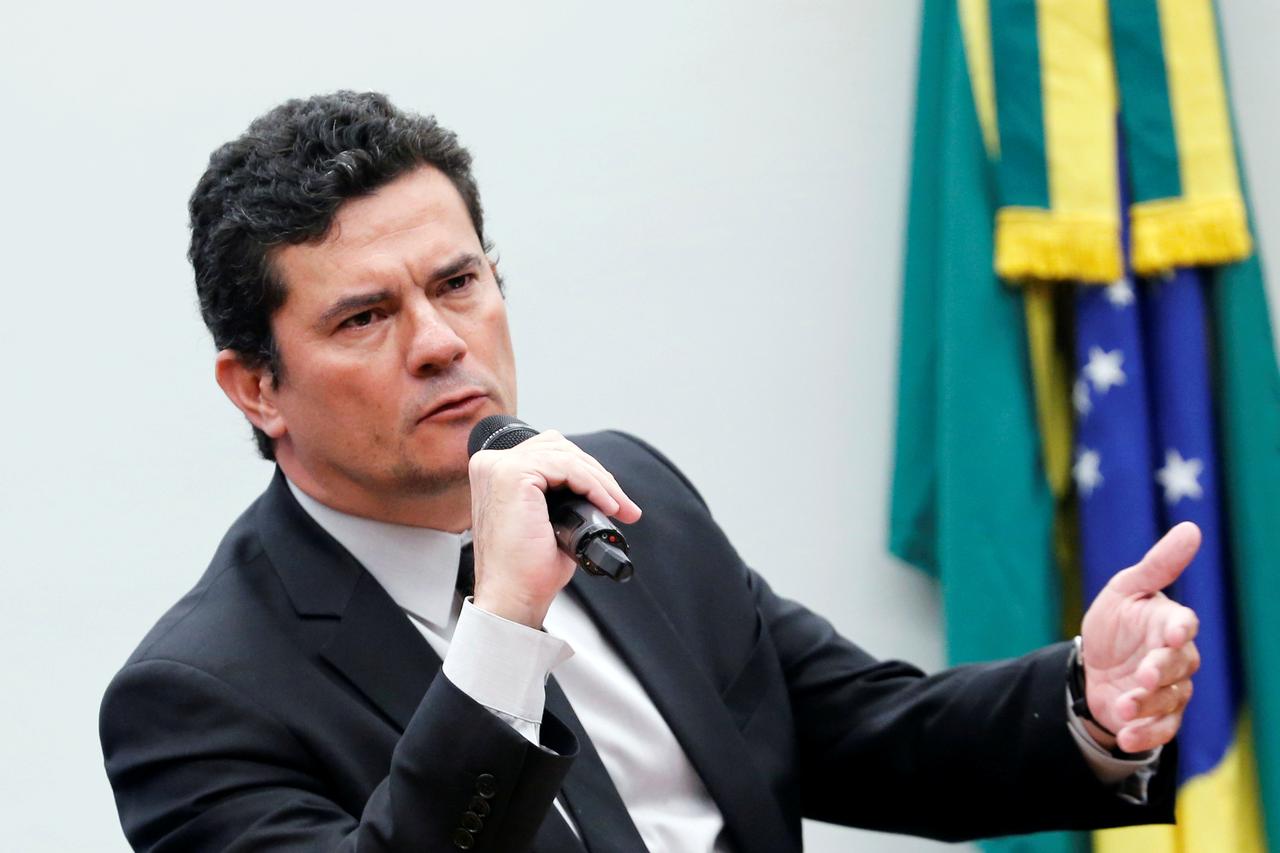 The Intercept posted what it said were social media chats from then judge Sergio Moro to the prosecution team, suggesting prosecutors make a public statement playing up what Moro said were contradictions in Lula’s testimony to undermine his claim to be a victim of political persecution.

The exchange occurred after Lula’s May 10, 2017 deposition against charges that he took a beachside luxury apartment as a bribe. Lula left the court room to tell supporters that he was being “massacred” and was preparing to run for president again.

Moro, who is now Brazil’s justice minister, questioned the authenticity of the messages and said he would not comment on texts obtained by hackers.

“The supposed material, obtained in a criminal way, must be presented to an independent authority so that its integrity can be certified,” he said in a statement.

The texts copied off the Telegram messaging app appear to show Moro suggesting to prosecutors that they mount a public campaign against the man he was judging, and The Intercept said they raised doubts about Moro’s impartiality in the trial that led to a 12-year prison sentence for Lula.

“Maybe tomorrow you should write a statement clarifying the contradictions between (Lula’s) deposition and the rest of the proof and his previous statement,” the judge wrote to prosecutor Carlos dos Santos Lima on the corruption investigation.

Lula’s lawyers said the messages confirmed their accusation that the former president was “a victim of lawfare” and a “state-sponsored persecution.”

Lula’s lawyers have long argued that Moro was a politically motivated judge who wanted to jail their client to block him from running for the presidency last year, when opinion polls showed him easily leading the race, even after he had been jailed.

In an interview published on Friday, Moro told the Estado de S.Paulo newspaper that he was not worried that the corruption conviction against Lula would be overturned, which legal experts including the Brazilian Bar Association and some Supreme Court Justices have said could happen.

The Intercept has published stories based on what it said was an “enormous trove” of messages received from an anonymous source containing exchanges between prosecutors, Moro and others involved in the investigation and prosecution of the “Car Wash” corruption probe.

Considered the world’s largest graft investigation, it has uncovered billions of dollars of bribes paid in schemes mostly involving sweetheart contracts at state-run firms. It has brought down hundreds of members of the business and political elite in Brazil and across Latin America.

Moro told the newspaper he did not think there was anything illegal in his chats with prosecutors and insisted that Lula’s case “was decided with absolute impartiality based on proof without any type of influence.”

Moro was picked for justice minister by right-wing President Jair Bolsonaro, who won the presidency after Lula was barred from running because of his conviction.