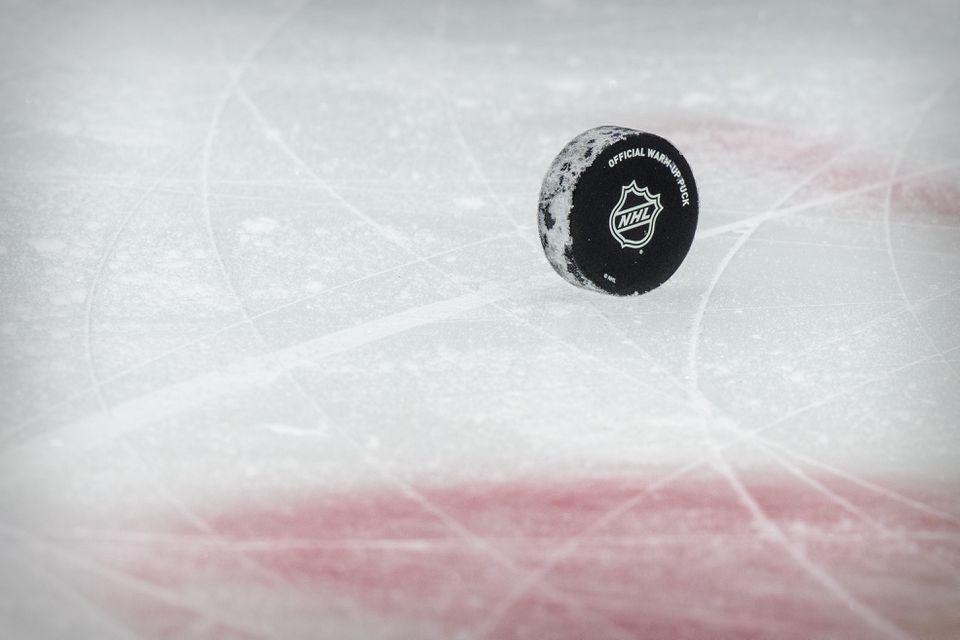 Jan 26, 2021; Dallas, Texas, USA; A view of a puck and the NHL logo and the face-off circle before the game between the Dallas Stars and the Detroit Red Wings at the American Airlines Center. Mandatory Credit: Jerome Miron-USA TODAY Sports

Jan 18 (Reuters) – The National Hockey League (NHL) said on Tuesday it will stop testing asymptomatic players after next month’s All-Star Weekend in Las Vegas unless it is needed to adhere to any cross-border travel requirements.

The NHL, which pulled its players and personnel out of the Feb. 4-20 Beijing Olympics after COVID-19 forced a slew of games to be postponed, shifted to daily testing last month as part of enhanced protocols.

But after a meeting of their respective medical groups last week, the NHL and National Hockey League Players’ Association agreed to the new plan provided positive test results continue to decline within the league.

There will be no testing of fully vaccinated players and staff during the Feb. 4-5 All-Star Weekend unless needed for travel or following the development of symptoms, the NHL and NHLPA said in a joint news release.

There will be a single test upon re-entry to team facilities following the All-Star break, after which there will no longer be asymptomatic testing, or testing of fully vaccinated close contacts.

“Thereafter, testing will continue only on a limited ‘for cause’ basis in fully vaccinated players and staff who develop symptoms or require testing for cross-border travel,” the NHL and NHLPA said.

Both the National Football League and National Basketball Association made the decision in late 2021 to stop testing asymptomatic players.

The NHL has postponed over 100 games so far this season because of issues related to COVID-19.

The disruption to the schedule convinced the NHL to announce in December its decision not to send its players to the Olympics so it can use the time to reschedule some of the games.