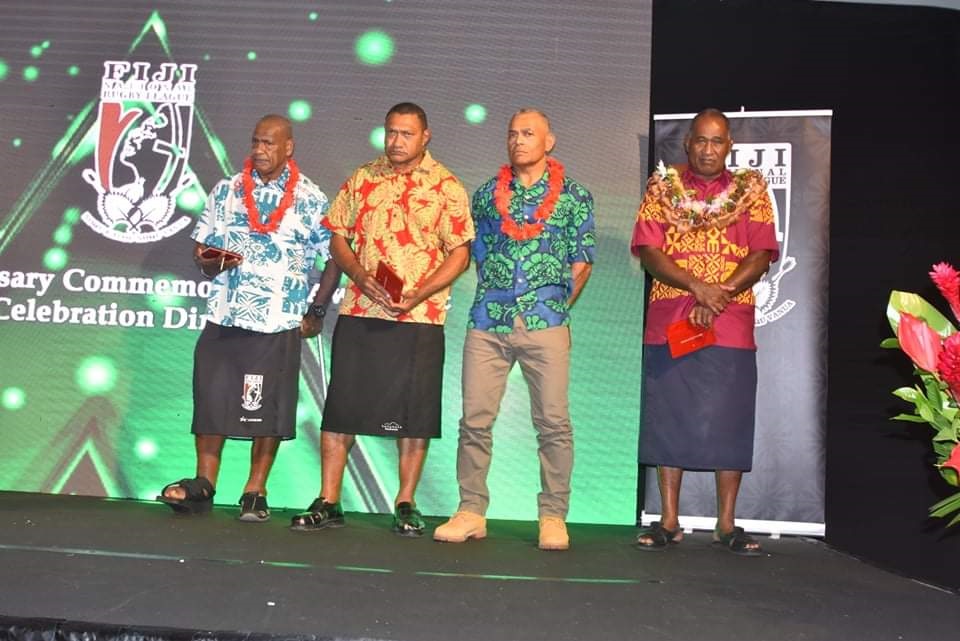 Some of the Fiji Bati pioneers (right to left) Alifereti Dere, who was also the chief guest, Livai Nalagilagi, Niko Baleiverata and Joe Rabele. Picture: SUPPLIED

The Fiji Bati pioneers were acknowledged this week for their contribution in to the growth of the sport in the country 30 years ago.

FNRL chairman Viliame Naupoto, in his speech, acknowledged the pioneers of the sport through their passion for the game of rugby league and their devotion to represent country.

“They defeated the odds and shattered the barriers and its has allow Fiji to participate in its first international game in 1992 in the Australian Winfield 7s,” he said.

“It was also in 1992 that saw the inception and the recognition of the sport of rugby league in Fiji.

“The sport of rugby league turned these athletes to inspirational and exceptional man as well as being role models despite being left disappointed and deserted at certain times during this journey.

“I sincerely congratulate and thank them for their vigorous support, commitment, dedication and hard work for the sport of rugby league that we all so dearly love.”

Naupoto added sports truly transcend all adverse situations especially for us in the Pacific.

“Sports has brought us together many times whether in the meets of our recovery from Natural disasters or in the middle of the global covid-19 pandemic, we can always rely on any single sporting event to rally us together towards the common goal of victory.”