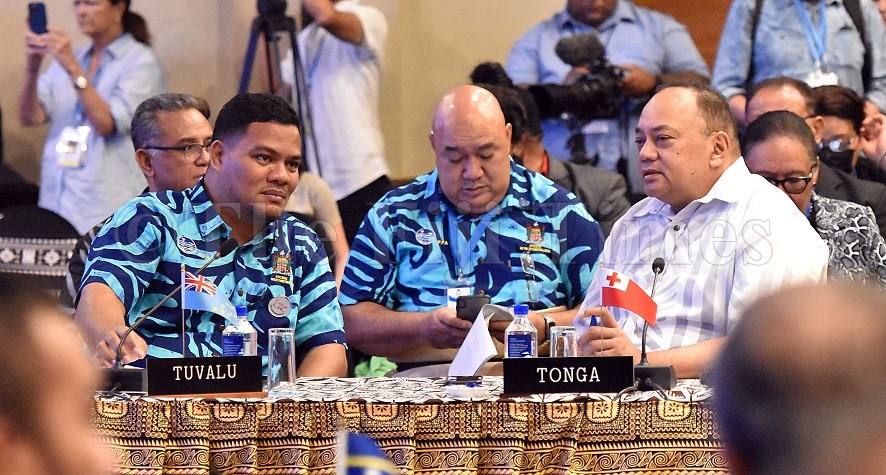 Pacific leaders really need to look seriously at the concerns raised by the President of Kiribati, resulting in their withdrawal from the Pacific Islands Forum leaders’ meeting. This is the view of Tuvalu’s Foreign Minister Simon Kofe, who said he was saddened by the turn of events.

“It came by surprise to us, but I think in the spirit of solidarity and unity, we really need to look seriously at the concerns raised by the President of Kiribati and I’m sure it’s going to be discussed this week by the leaders,” he said.

Samoan Prime Minister Fiame Naomi Mata’afa said the forum meeting was significant considering the leaders had not met for the past two years.

“The issue was, first and foremost, the unity of the region, bringing back the northern members, so I think we’re fairly successful in that,” she said.

“We hope they will come back to the fold and we need to understand what’s happening with Kiribati.”

PIF secretary-general Henry Puna said after the forum meeting they would approach Kiribati to address their concerns.

“Like in any family, the forum family has its challenges and we might not agree on everything all the time, but what is important is that when disagreements do arise, we have the grace to get together and talk,” he said.

“Make time because you know in the Pacific way, talanoa is absolutely critical, that’s what we are looking forward to, to engage with the President and governing people of Kiribati so that we can find a way forward.

“I believe by talking, you can resolve any problem and so give us time and I’m sure that our leaders are very keen to engage with Kiribati and to find a way to embrace them back into the forum family.”