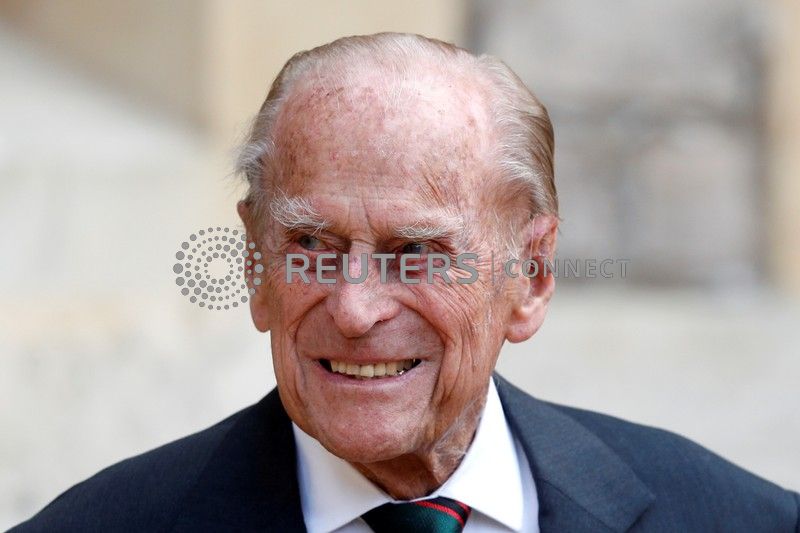 Prince Philip, husband of Queen Elizabeth and a leading figure in the British royal family for almost seven decades, has died aged 99. Adrian Dennis/Pool via REUTERS

Yesterday, on his social media account, Mr Bainimarama shared a heartfelt tribute to Prince Philip following the announcement of his passing on Friday.

“I will never forget the stories my parents told me of Prince Philip’s visit to Fiji in 1953 and his warm embrace of our islands in the years that followed,” he said.

“Fijians join the world in waving His Royal Highness one final goodbye. Our thoughts and prayers are with the members of the Royal family.”

The death of the Duke of Edinburgh has elicited tributes, remembrances, and expressions of sympathy from Fijian political party leaders.

Former prime minister Sitiveni Rabuka described the Duke of Edinburgh as a great man. “He was a great man in his own right even if he hadn’t married the Queen, he would still have been a great man,” he said.

Mahendra Chaudhry, a former prime minister, and Fiji Labour Party leader echoed similar sentiments and said Prince Philip had served as an exemplary royal consort, quietly supporting the Queen in her many duties.

“The Duke was a notable sportsman in his own right, was well known for his quick and sharp wit and a forthright manner of speaking,” he said.

“Despite Fiji severing its links with the Crown and the Queen as the nation’s Head of State when the country became a Republic in October 1987, the people of Fiji still revered the monarchy,” he said.

Unity Fiji party leader Savenaca Narube said he was always impressed by how Prince Philip understood and executed his roles perfectly as the Queen’s husband.

“I believe that he was a role model for husbands around the world. The world has lost a great statesman and leader in the passing away of Prince Philip.”

Prince Philip passed away at Windsor Castle on Friday at the age of 99.