Leader with a vision 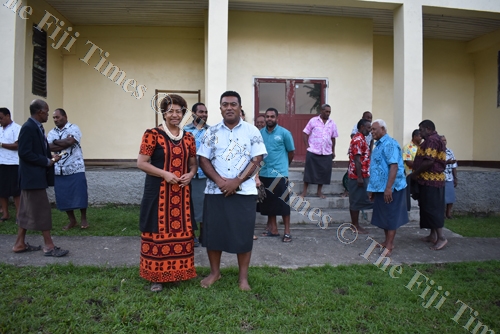 AS a traditional Fijian leader, Roko Josefa Cinavilakeba knows his role comes with a lot of responsibilities.

The paramount chief from Totoya deals with communications for Pacific Blue Foundation in Fiji where he works to raise awareness on the protection of the indigenous culture and their natural resources.

We met the Roko Sau on Beqa Island where they were part of a workshop organised by Pacific Blue Foundation and FLMMA (Fiji Locally Managed Marine Protected Area network) in conjunction with the Rewa Provincial office.

Roko Sau said the idea behind the projects was to make Fijian communities enlightened on the importance of their natural resources, and how the decisions they make can affect their people.

One thing we noticed about the Roko Sau is his knowledge and passion for the preservation of iTaukei customs and traditions.

His eloquence as he spoke passionately about the conservation of natural resources was also noticeable.

“It is about our future, and what can Fiji do to address the many changes coming upon us,” he says.

“Visitors from around the world come here to view our culture. We have to move forward to protect our traditional customs and make important decisions on how our future will define us as iTaukei.

“We have climate change, modernisation and new development reaching our shores, I hope that our indigenous people are ready for it, and that it goes hand in hand with our traditional values.

“For example conservation — if you introduce this without the inclusion of our traditional culture and practices, then it is dead, it won’t take off,” said Roko Sau.

The workshop training on Beqa Island had villagers mapping thought-out strategic management plans, which are community-based and led; prioritising the needs and tackling the threats common to all residents of Beqa Island and to provide the tools and alternative scenarios that will help Beqa face the current threats caused by climate change, coastal erosion, decline in fish catch; food security, increasing pollution (both on land and at sea) and unemployment.