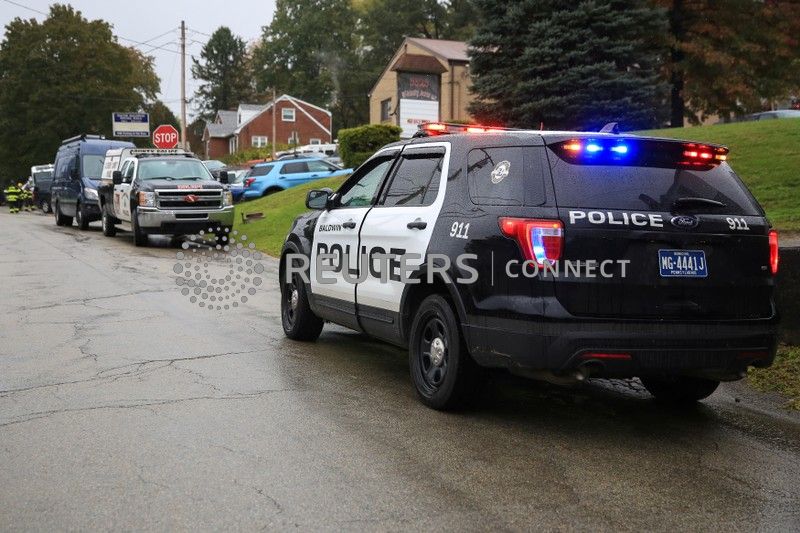 PITTSBURGH (Reuters) – An attorney for the man accused of massacring 11 people at a Pittsburgh synagogue last year told a judge on Thursday that she was still trying to negotiate a deal in which he would plead guilty if prosecutors agreed not to pursue the death penalty.

Robert Bowers, 46, is accused of bursting into the Tree of Life synagogue on Oct. 27 with a semi-automatic rifle and three handguns and shouting “all Jews must die” as he fired on congregants gathered for a Sabbath service.

Bowers has pleaded not guilty in U.S. District Court in Pittsburgh to a 63-count indictment. Some of the charges, including murder as a hate crime, can carry the death penalty.

Federal prosecutors said they were still weighing evidence to determine whether to seek a capital sentence.

Bowers waived his right to be at the hearing.

Prosecutors say Bowers frequently posted anti-Semitic comments on right-wing social-media websites, including a post on the morning of the shooting in which he decried the work of a U.S. Jewish charity, the Hebrew Immigrant Aid Society.

Among those killed in the attack were a 97-year-old woman, two brothers in their 50s and a married couple in their 80s. Two civilians and five police officers were wounded before the gunman was shot by police and surrendered.