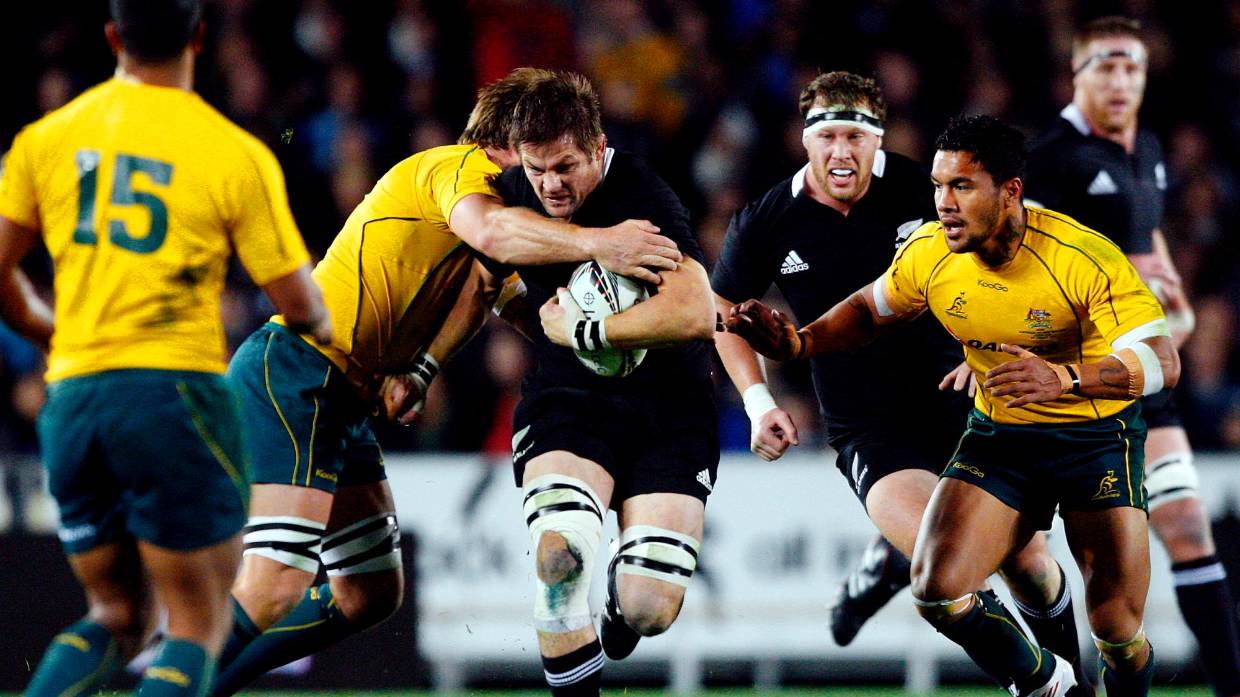 The Kiwi pair topped Dallaglio’s list of the 10 top No 7s in world rugby in a feature series in The Times.

Former England flyhalf Stuart Barnes also selected McCaw as his No 1, but had Jones at No 3, behind Wallabies fetcher David Pocock.

Dallaglio said he “cannot see how anyone would not have McCaw as their best openside.

“Probably the only player I know who was so dedicated to getting better that he turned down an invite to Prince William’s wedding in 2015.’’

Barnes said it was “hard to know where McCaw’s greatness as a captain ends and his ability as an openside begins.

“There have been bigger, nastier and faster sevens but none has endured like the Crusader and none has possessed the capacity to dominate the breakdown like the All Black skipper.’’

Barnes hailed McCaw’s ability to “play it so close to the laws at the breakdown’’.

“He turned the most important aspect of the game into a series of split-second decision-making moments where – nine times out of ten – he got it right.

“Is it any wonder played the 2011 World Cup final on one leg? He was that important to Graham Henry, and thereafter, Steve Hansen.’’

Dallaglio said Jones “stood out as a genuine athlete’’ in the amateur rugby era and was part of two superb All Blacks teams – the 1987 World Cup winners and the mid-1990s side that won a series in South Africa for the first time.

“He would be one of those players whom his peers would instantly cite as their toughest opponent.’’

Barnes said whereas McCaw was “a battered old off-roader’’, Jones was “the Porsche of opensides, purring up on the shoulder of his three-quarters, cutting opposing tens in two, doing everything at high-speed precision’’.

“Injuries slowed him down and caused him to convert successfully to a blindside. Had we had a few more years of the 1987 Jones, the Samoan-Kiwi could well have been the best of the lot.’’

Barnes said the openside flanker bracket had been the hardest off all The Times’ top 10 list categories.

All Blacks Josh Kronfeld and Sam Cane were on Dallaglio’s “bubbling under’’ back-up list, along with Pocock and current England test tyro Tom Curry.