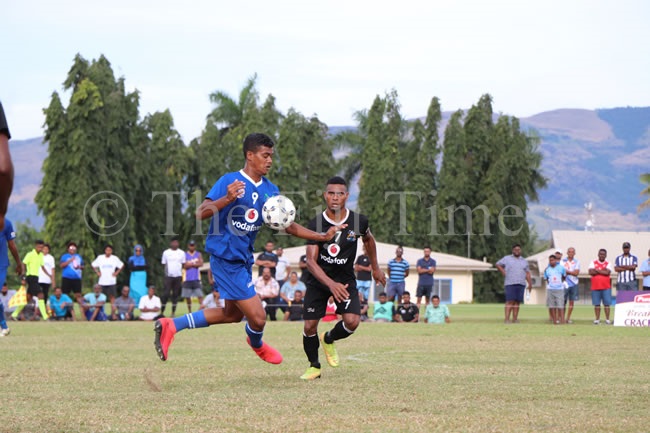 Lautoka football team goalkeeper Joela Biuvanua put on a man of the match performance to help his side secure a scoreless draw against defending champions Ba in the Vodafone Premier League at the Fiji Football Academy ground in Namosau, Ba yesterday.

Biuvanua showed his class blocking a penalty and saved few attempts to save the Blues from defeat.

Ba got the early advantage to go up in the fifth minute when the side was awarded a penalty.

Darold Kakasi stepped up to the mark, but his attempt was blocked by Biuvanua diving to his left.

The result was a disappointing one for the home team as they squandered numerous scoring opportunities. Ba Football Association acting president Rynal Kumar said the result was not expected.

“Lautoka put up a strong show so the one point is good but I must say that we missed many scoring opportunities,” Rynal said.

“We fielded many of our younger players to test them. We need to work on our finishing.”

Lautoka coach Ravinesh Kumar was happy with the performance of the boys playing away from home.

“Playing Ba on their home turf is always tough because they are a confident side,” Ravinesh said.