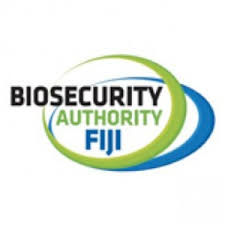 LAUTOKA and Labasa are recognised as biosecurity emergency areas for Asian subterranean termites, says the Biosecurity Authority of Fiji (BAF).

“In late 2009 and early 2010, Fiji saw an outbreak of Asian subterranean termites (AST) in Lautoka and Labasa,” BAF said in response to questions from this newspaper.

“AST, scientifically known as Coptotermes gestroi, is exotic to Fiji and feed voraciously on timber and other wooden products.

“The Lautoka and Labasa districts are recognised as biosecurity emergency areas for AST.”

According to BAF, the AST was one of the most difficult species of termites to manage in the world.

“In this regard, BAF undertook various interventions in terms of monitoring and control of the spread of AST. A significant part of BAF’s intervention program is creating public awareness on AST.

“BAF has a fully dedicated AST project team in Lautoka and biosecurity officers in Labasa are undertaking all measures to manage AST infestations and control its spread.”

The swarming period for the termites has already begun and BAF said they continued to boost efforts to manage existing infestations.