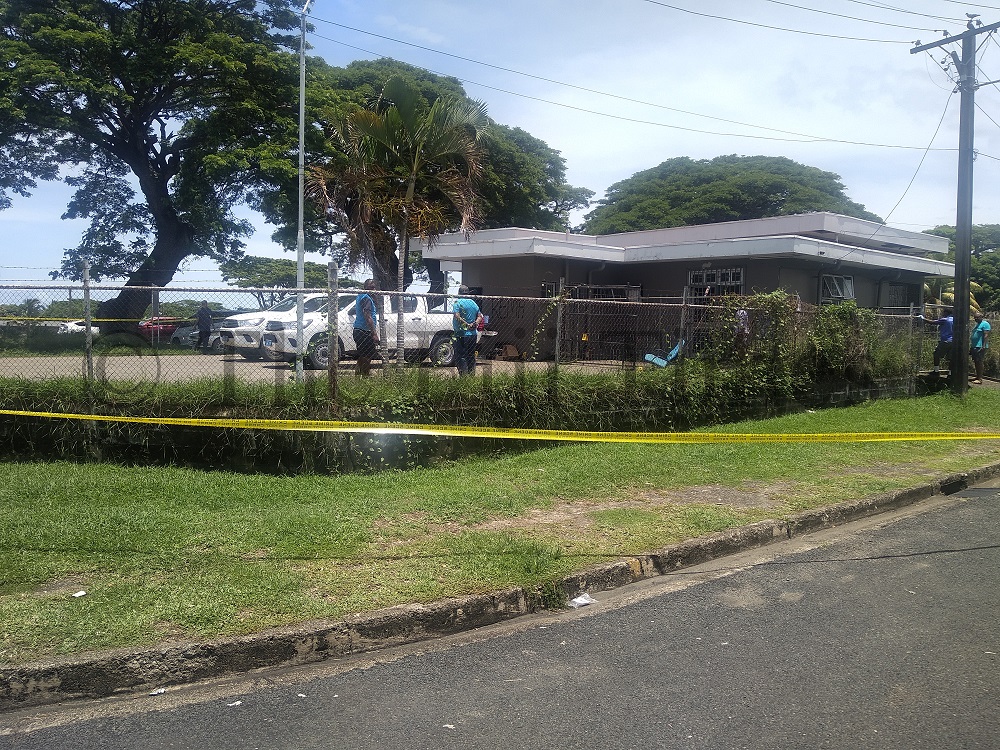 Police cordoned off the old service station after a body of an unidentified male was found on Snday morning, January 19, 2020. Picture: REPEKA NASIKO

A LAUTOKA family is mourning the loss of their only son whose body was found near an old service station in Topline, Lautoka yesterday.

Next to the service station was Good News Church where Hasneel Sharma’s father Babu Sharma was attending an early morning church service.

Mr Sharma alerted police after he found his son lying in a bush with bruises on his upper body, missing shoes and a torn shirt.