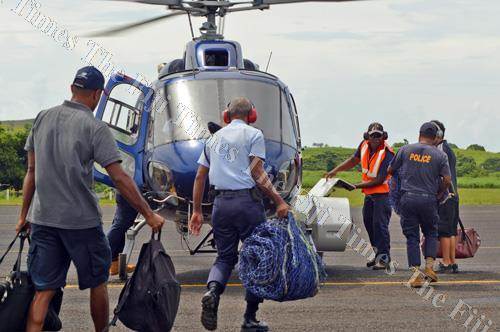 THE late flying instructor Iliesa Tawalo was the pilot in command of Cessna 172R with 1257 hours of flying experience when it crashed in the mountain ranges of Delaikoro in Macuata, Vanua Levu, last year.

This was highlighted by Attorney- General Aiyaz Sayed-Khaiyum while elaborating on the report regarding investigations on the aircraft crash that claimed the lives of Tawalo and student pilot Merelesita Lutu.

He said the Government had brought in New Zealand-based independent and air accident engineer Andrew McGregor to carry out the investigations.

According to the report, there were three occupants in the aircraft when it left Nadi for Labasa for cross country flight training.

“The flying instructor who was pilot in command had a total of 1257 hours of flying experience at the time of the accident,” Mr Sayed-Khaiyum said.

More details on this story will be published in tomorrow’s edition of The Fiji Times.