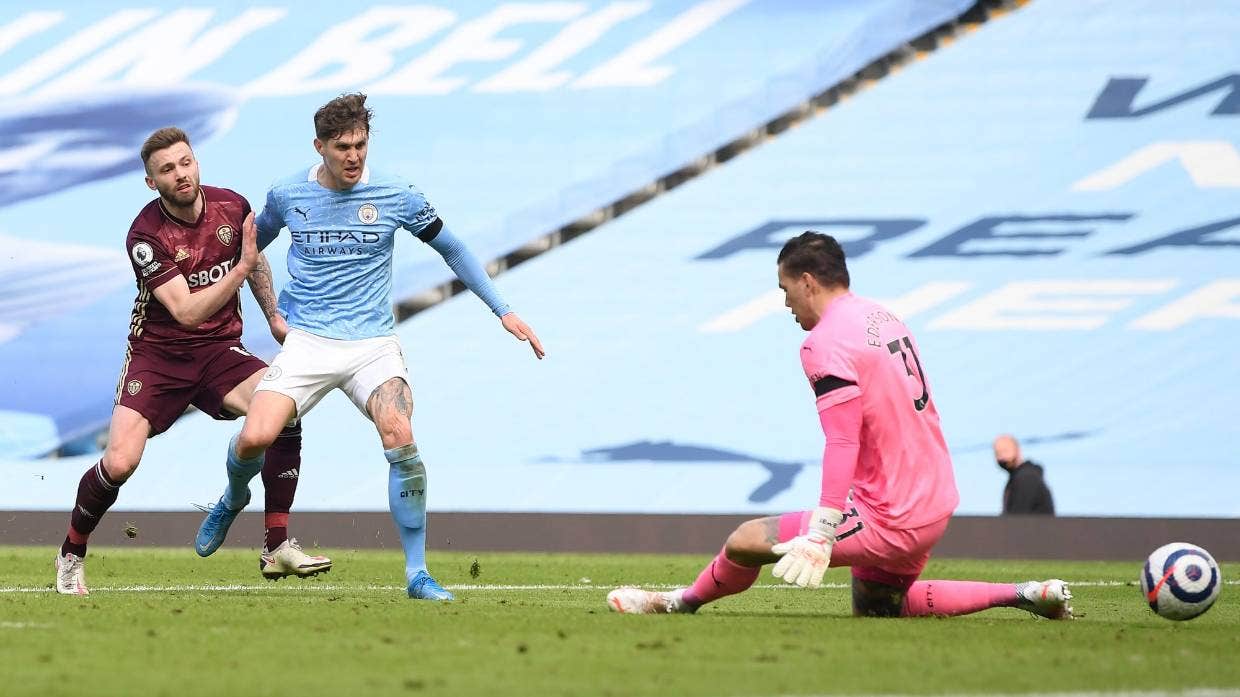 A day of dramatic finishes in the English Premier League on Sunday (NZ time) began with City losing 2-1 to 10-man Leeds, and ended with Liverpool snatching a 2-1 win over Aston Villa.

At Etihad Stadium, Stuart Dallas scored the winner for Leeds – his second goal of the game – in the first minute of added time.

Reduced to 10 men moments before halftime because of Liam Cooper’s straight red card, the visitors spent almost the entire second half camped inside their own area repelling wave after wave of attacks by City.

The runaway leaders finally got rewarded for their pressure with an equaliser by Ferran Torres in the 76th minute but Dallas, who had put Leeds in front in the 42nd, burst through a gap in City’s defence and slid a finish past goalkeeper Ederson for a stunning winning goal on a breakaway.

City’s dominance showed in the stats – Pep Guardiola’s team had 29 shots compared to Leeds’ two – but that didn’t translate into one of the four wins needed to regain the league trophy.

City, who are 14 points clear of second-placed Manchester United, still require a maximum of 11 points.

It was a fourth defeat in the league, three of them coming at home, as Guardiola lost to a team coached by his mentor, Marcelo Bielsa.

Cooper’s sending-off turned what had been an end-to-end game into one resembling a training-ground exercise of attack v defence.

Referee Andre Marriner initially showed the Scotland international a yellow card for a tackle that saw him get the ball but follow through, with his studs showing, into the leg of Gabriel Jesus.

City ultimately paid the price for their heavy rotation that saw Guardiola make seven changes for a match that came in between the two legs against Borussia Dortmund in the Champions League quarterfinals. Kevin De Bruyne was an unused substitute.

Meanwhile, at Anfield, Liverpool were heading for another disappointing result at home when Trent Alexander-Arnold curled a stunning effort into the corner, also in the first minute of stoppage time, to beat Aston Villa.

The right back collected a poorly cleared ball just inside the area and finished stylishly in the bottom corner, clinching a victory that moved Liverpool level on points with West Ham.

England manager Gareth Southgate, who dropped Alexander-Arnold from the most recent national-team squad, was at a virtually empty Anfield to see the goal.

Mohamed Salah’s 57th-minute equaliser from close range, which cancelled out the opening goal from Ollie Watkins, was Liverpool’s first goal in open play at Anfield in 2021.

Liverpool are into fifth place and remain two points behind Chelsea, who jumped to fourth after a 4-1 win at Crystal Palace in the day’s other game, where US international Christian Pulisic scored twice at Selhurst Park.