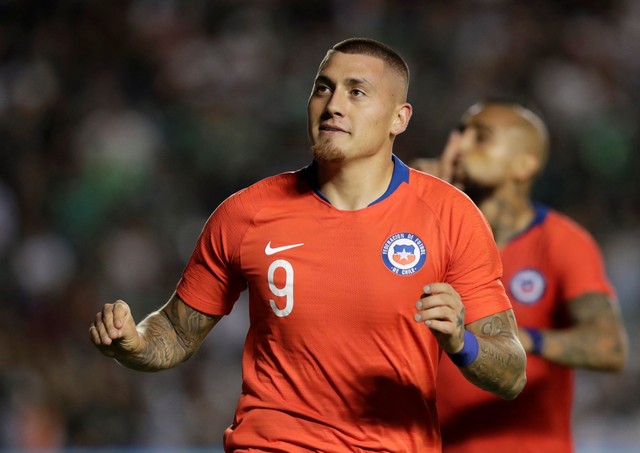 QUERETARO, Mexico (Reuters) – Nicolas Castillo followed up his own stinging drive to score in the 89th minute and hand Chile a 1-0 win over Mexico in a thrilling friendly in Queretaro on Tuesday.

Both sides had come close to scoring before that in an end-to-end game but just as it looked like it would finish 0-0 substitute Castillo hammered in a shot from just outside box then muscled his way past the Mexican defence to prod home when goalkeeper Hugo Gonzalez spilled the ball.

Chile also had a goal chalked off for offside 15 minutes from time, while at the other end Jurgen Damm missed Mexico’s best chance when he shot wide after running on to a defence-splitting pass from Erick Gutierrez.

Chile host Costa Rica and Honduras next month, while Mexico will go to Argentina to take on the home side twice in four days.