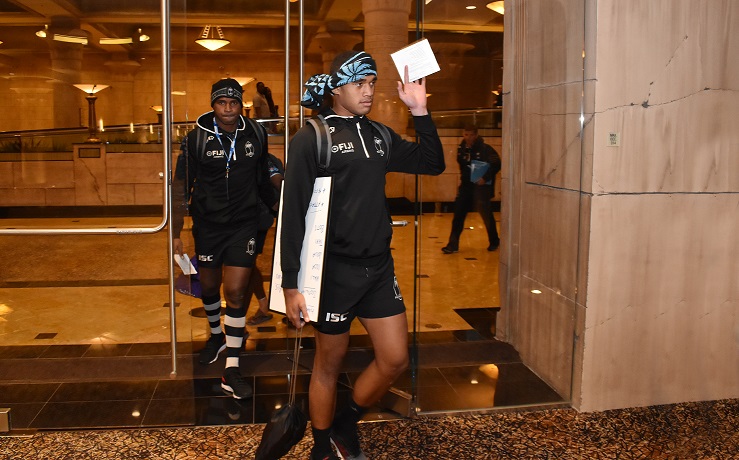 FIJI will have a training session with France later today as part of their preparation for the HSBC Las Vegas, which will start this weekend at the Sam Boyd Stadium.

Our national sevens rugby team was one of the first teams to arrive in Las Vegas and coach Gareth Baber has been using the opportunity to acclimatise his players to the weather and the time difference between Las Vegas and Fiji.

Fiji is 20 hours ahead of Las Vegas and while the latter is in a desert, its temperature can range from 23 degrees Celsius in the day time and dropping to six degrees in the evening, which was the case last night.

There are different routes on how to get to Las Vegas from Fiji but one of the best options is taking the 10 hour approximate direct flight from Nadi to Los Angeles and then a connecting one and a half hours to Las Vegas.

All teams competing in this weekend’s tournament are staying at the Luxor Hotel and Casino.

The Fiji Times caught a glimpse of our national sevens team on their way to collect their luggage. They looked relaxed and stopped to say “Cola Vina”.

It seems that we are the only Fijians in this hotel and yes, it was sort of a relief to see some people from home – them because it has been days of just seeing each other and for the two member The Fiji Times team, it’s been hours of just talking to each other and on flights that had their own share of turbulences.

Subscribe to www.fijitimes.com if you haven’t to stay connected with real news and your latest sevens rugby updates.