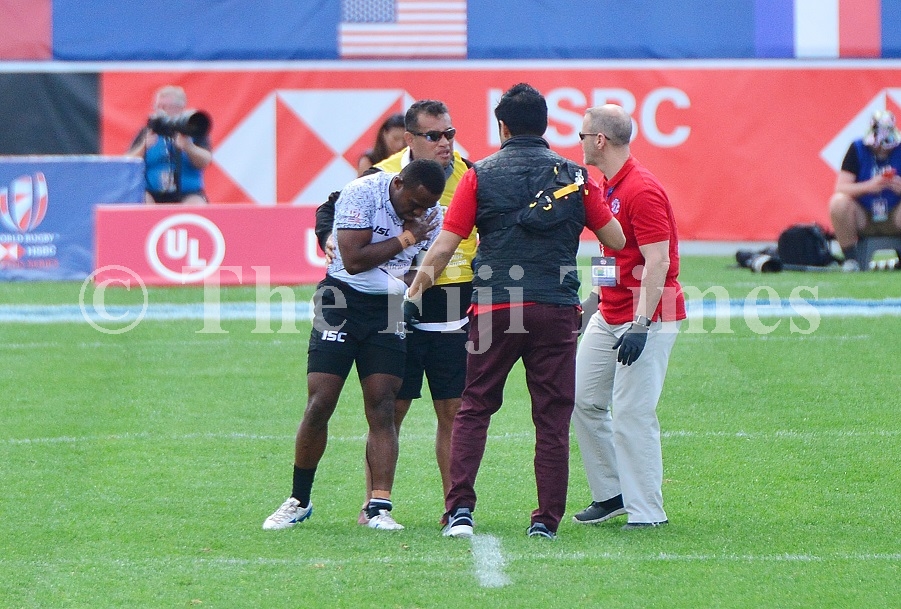 NATIONAL men’s sevens rugby coach Gareth Baber says a card that should have been issued against Australia in their quarterfinal match cost Fiji the match.

Waisea Nacuqu was at the receiving end of a dangerous tackle from Australian captain Lewis Holland that left him leaving the field in the first half with a collar bone injury.

Holland was cited after the match and received a four match suspension.

In the same match, Terio Tamani was yellow carded for a dangerous tackle.

Nacuqu will return home while the rest of the team will continue to Vancouver.

Earlier this week, The Fiji Times asked Baber whether Fiji should tailor its game based on who is refereeing due to Fiji’s high number of penalties.

Baber said there was no need to.

Fiji’s plays South Africa in the fifth place semi-final at 8.28am today.

Watch: Fiji and NZ after their quarterfinal match