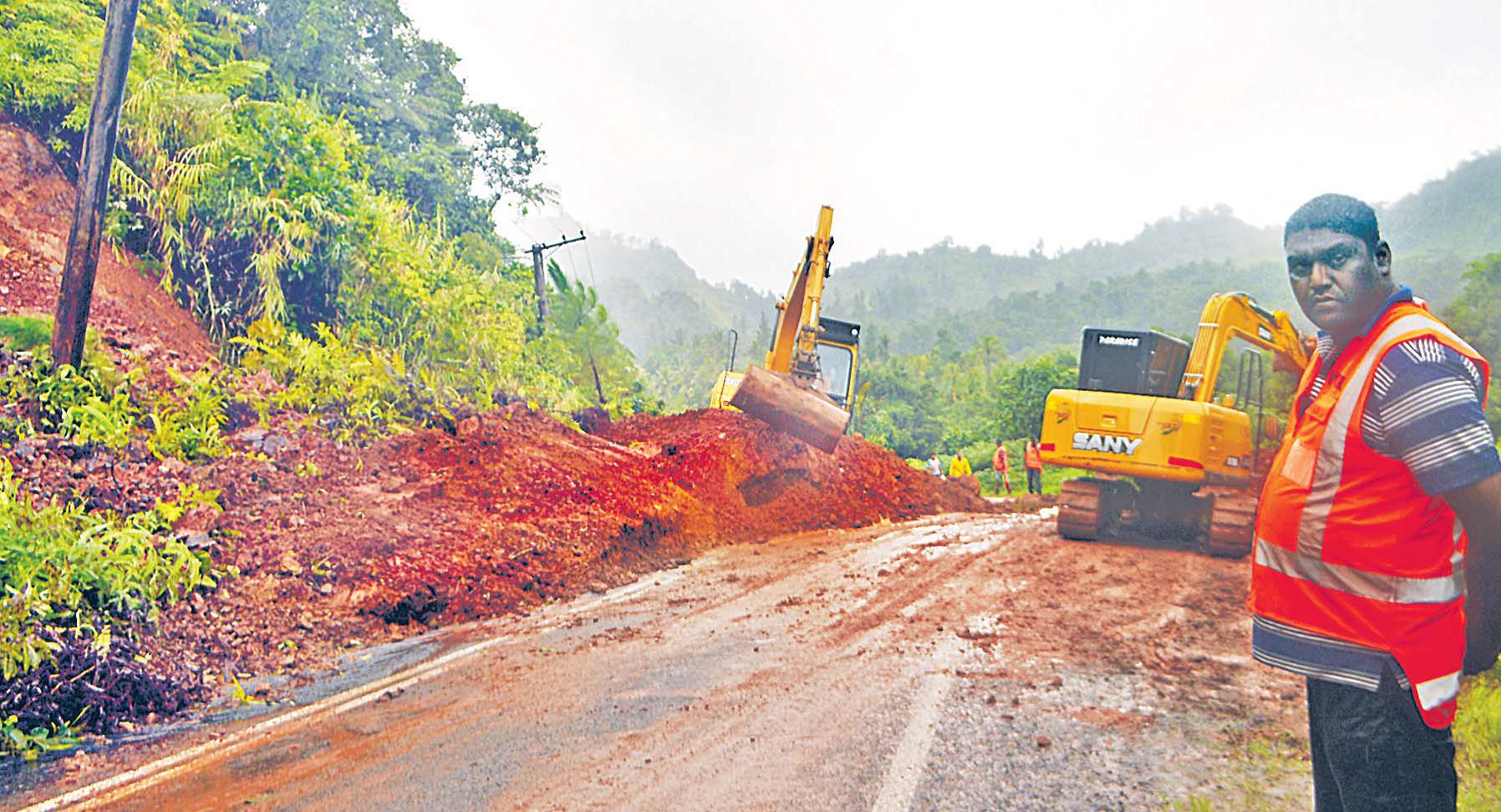 Landslide at Bagaraki, near Savusavu yesterday as a result of heavy rain. Picture: SERAFINA SILAITOGA

HEAVY rain experienced in Savusavu yesterday sliced a portion of the hillside along the Bagaraki along Transinsular Rd delaying traffic flow for about an hour.

As many as 200 commuters travelling from Labasa end to Savusavu and vice versa were affected as they got stranded in the rain.

The landslide also dragged down a post belonging to Energy Fiji Ltd which caused a blackout in the area.

Police arrived at the scene to cordon off the area ensuring safety for all commuters as the Fiji Roads Authority (FRA) contractors attended to the clearing of debris.

In a statement, FRA confirmed power was shut down in the area to avoid unnecessary incidents.

“The landslide at Bagaraki along Transinsular Rd has blocked the whole road making it inaccessible,” FRA said.

“The slip side has EFL power pole (with live wire). EFL was notified to shut down the power before we start clearing the road.

“Our team is currently on site and we are awaiting confirmation of power shutdown from EFL before we proceed.”

About an hour after the landslide, contractors managed to clear half of the buried road allowing a one lane traffic flow.

Vishnu Buses Ltd manager Naisa Tuinaceva said that passengers on board the company buses had been stranded on either side of the highway.

Witnesses who contacted this newspaper said when they arrived at the scene, electric sparks were emitting from the live wire of the posts that was dragged down by the landslide.