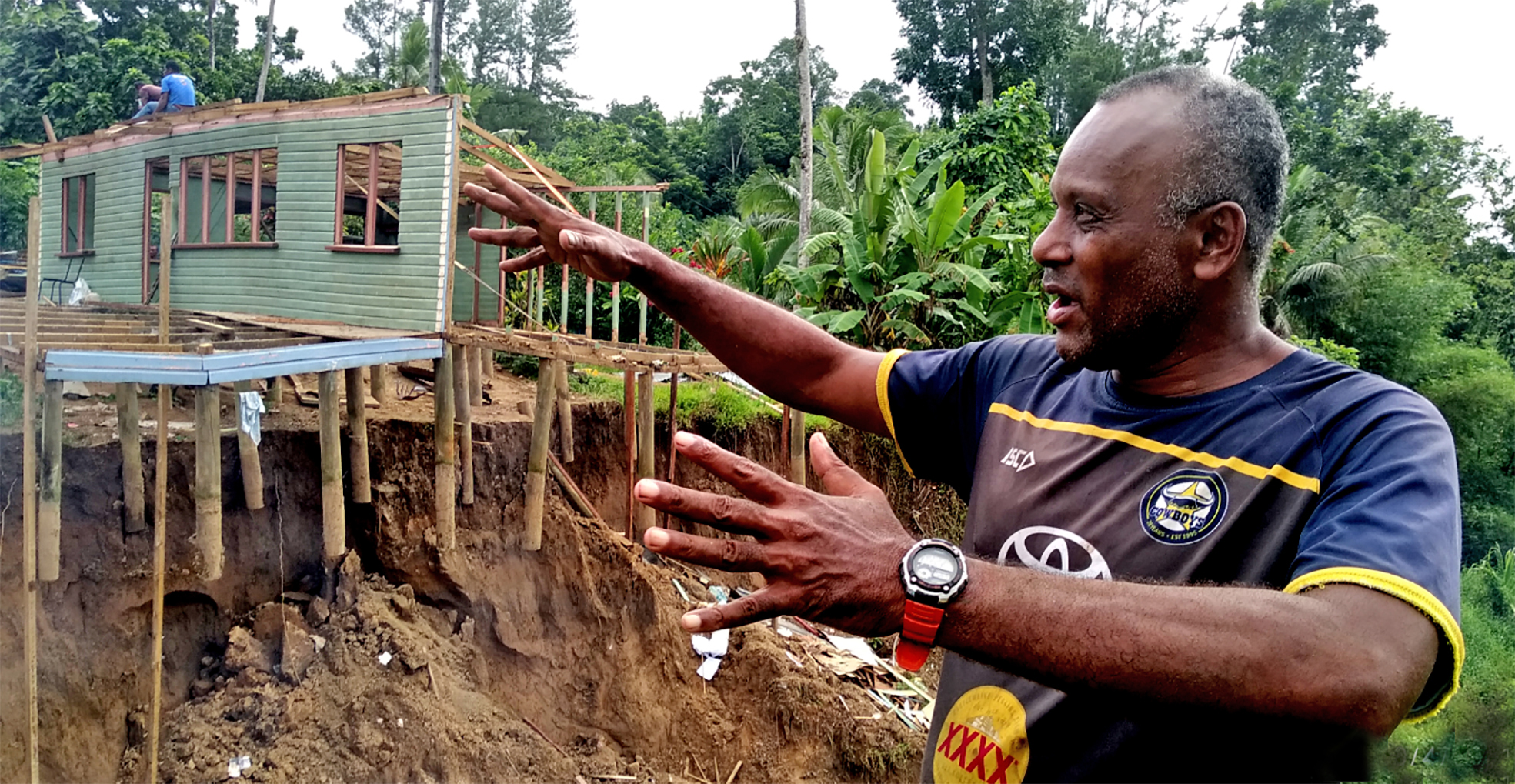 Josefa Balawa at the sites of the landslide that damaged his house at Saumakia Village, Naitasiri yesterday. Picture: JONA KONATACI

VILLAGERS of Saumakia in the upper Naitasiri region are living in fear after a massive landslide partially destroyed two concrete houses in the village last week.

Josefa Balawa, who owns both houses, said he would be relocating to another site in the village following last Friday’s disaster.

According to the villagers, the landslide occurred after two weeks of incessant rainfall experienced in their region.

Mr Balawa said he was alone at home with a group of boys when they suddenly felt a massive movement in the house and was shocked to see what had happened when he stepped out of his house.

The washroom and bathroom of one of the houses were destroyed, while the second house suffered minor damage.

Turaga na Tui Navitilevu Ratu Epeli Tugutabua said he was concerned that his village might again be relocated.

According to Ratu Epeli, the village of Saumakia was relocated from Nasaibitu Village in 1914 after a leprosy outbreak in the village.

He said it was imperative for the villagers and also Government to act before a disaster struck.

The villagers also confirmed that a team from the Ministry of Waterways had visited the village and that they would be conducting further assessments in the coming weeks.