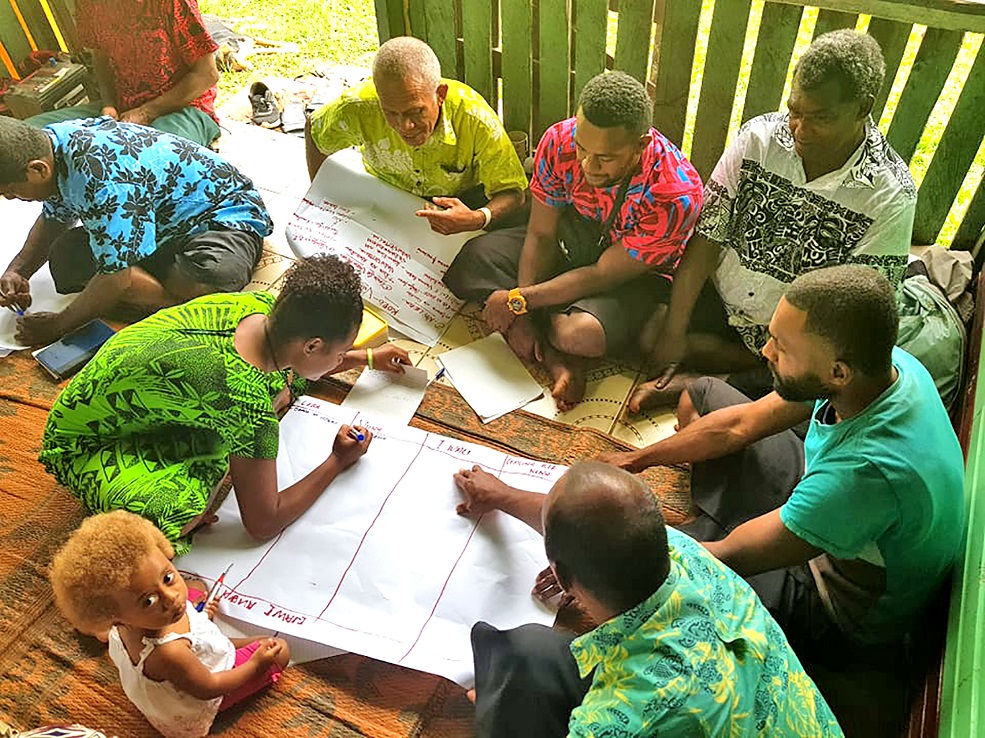 Villagers breakdown their issues at the workshop organised by WWF. Picture SUPPLIED

Landowners in Cakaudrove have shouldered the duties of improving the state of two rivers in Labasa through a rehabilitation program.

The project is part of the Global Environmental Facility (GEF) 5 Star Ridge to Reef (R2R) management of priority water catchments.

WWF-Pacific Macuata field project officer Opeti Vateitei said these communities were located upstream at the headwaters of the Labasa River catchment and their participation was an ideal opportunity to learn about the importance of biodiversity, conservation, forest carbon stock protection and integrated natural resources management.

“WWF’s involvement is to raise awareness on the work that we have done in Macuata by helping villagers identify the issues affecting them and their environment and gauge the status of project activity implementation level,” he said.

The community efforts, he added, would include the protection of key ecosystem functions of the Labasa and Qawa rivers. Such efforts, WWF-Pacific stated, would provide clean and safe drinking water, food and economic livelihood activities such as agriculture.

Wairiki Village district rep Poasa Voce described the initiative as an imperative development for the sake of the future generation.

“From these workshops, we are trying to get as much information from resource owners who are living within the Labasa water catchment to identify key threats negatively affecting the river and downstream communities that need urgent action and put into place a management system to ensure the damage is progressively reversed,” he said.

“The biggest issue is around sedimentation, the loss of productive top soil off the land, shallowing of the Labasa River that requires expensive efforts to dredge and lastly, the impact sediment and waste coming out of the river has on coral reefs and, in turn, fisheries productivity.

“Key to the awareness sessions is to remind communities that whether a community is located in the mountain area or coast, our actions are interrelated.”