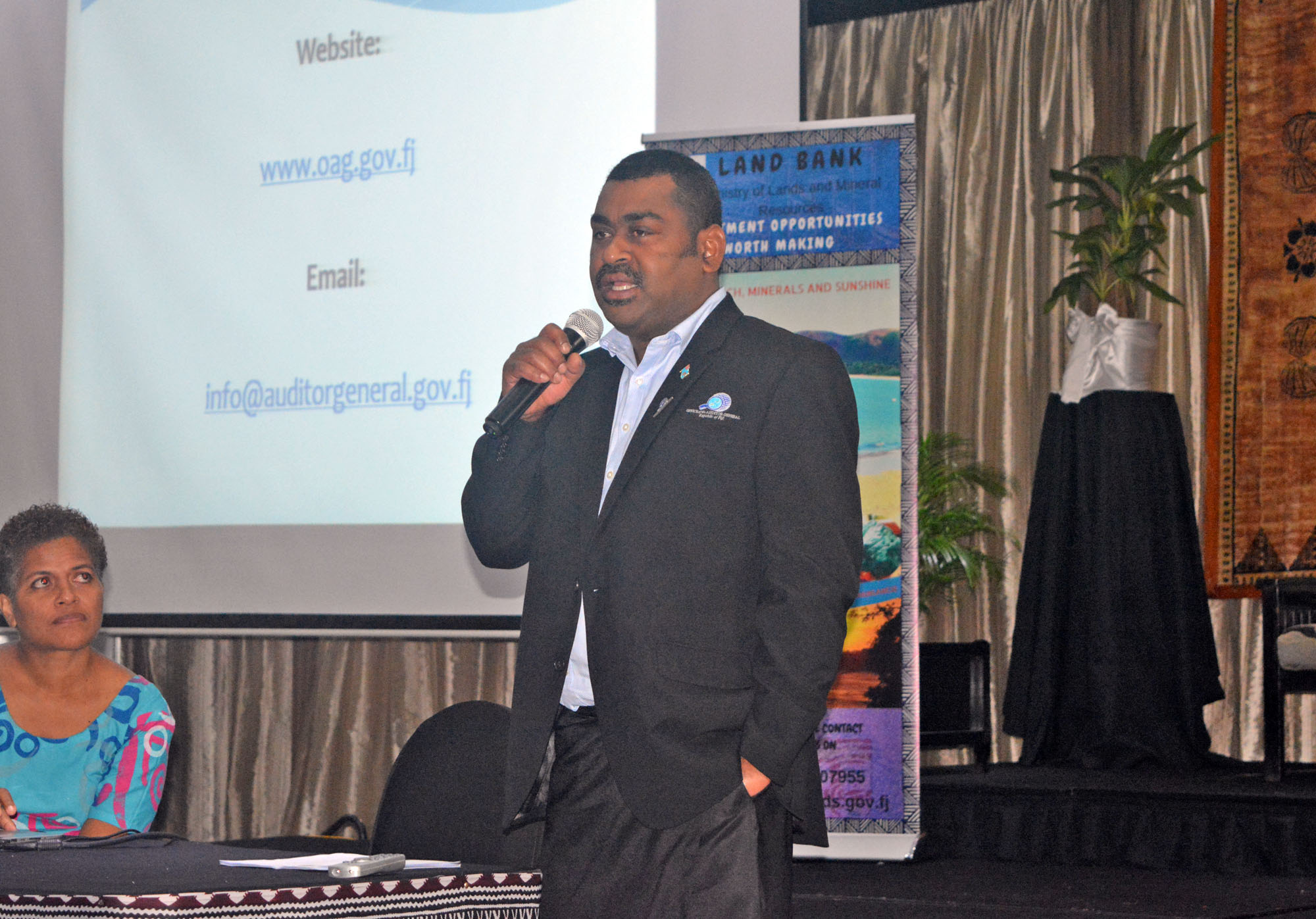 Director of Audit Abele Saunivalu from the Office of the Auditor General during his presentation at the Fiji Land Bank landowners trustees workshop held at the Warwick Resort in Sigatoka yesterday. Picture: VILIMAINA NAQELEVUKI

THE Office of the Auditor-General last received financial statements of accounts from the trustees of the Fiji Land Bank in 2014, says the director of audit Abele Saunivalu.

Mr Saunivalu said under the Land Use Act, January 31 was the deadline for submission of annual reports with audited accounts to the minister or the permanent secretary for lands or the land use director.

“Under the law, we cannot move the deadline of this submission unless a request is made to Parliament,” he said while presenting at the Fiji Land Bank landowners trustees workshop at the Warwick Fiji resort in Sigatoka yesterday.

“We have only one month to complete these audits before it is sent back to the trustees for it to be signed.”

Verenaisi Rokobale from the mataqali Vunilolo, Naselai, said they had been following the template provided to them by the Fiji Land Bank.

Fiji Land Bank accounts officer Peni Matasau said one of the issues they had faced over the years was that the information provided by the trustees did not suit the type of audits carried out for the land bank.

“This is why there has been a lapse in the submission of financial statements to be audited by the Office of the Auditor-General from different landowning units,” Mr Matau said.

“Our manager finance has now created a template that has been given to the landowning units and we have explained to them what should be done.”

He said the templates were distributed last year and to date, only four landowning units had given their payments and receipt registers.

“We have formulated their financial statements and with the manager finance we have to then look through this before it is submitted to the Office of the Auditor-General for audit,” he said.