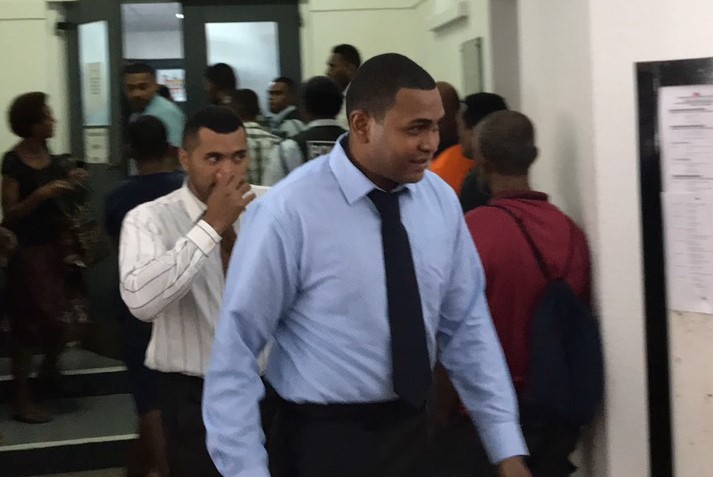 THE third State witness in a trial involving two former police officers each facing a murder charge informed the court that he saw one of the officers stomp  Joseua Lalauvaki in the early hours of September 2 last year when the alleged incident occurred at the Totogo Police Station.

The trial is being heard by judge Justice Vinsent Perera with the two accused persons Kelepi Duri Tautaumacala Kolinisau and Selema Tikoenaburevere present in court.

Both men are alleged to have murdered Lalauvaki following an altercation outside a Suva nightclub on September 2 last year.

Lalauvaki died at the CWM hospital on October 11, 2018, from injuries allegedly sustained as a result of the alleged assault.

Sergeant Pradeep Lal who was the officer-in-charge at the Totogo Police Station on the morning when the alleged incident took place told the court that he saw Lalauvaki rush towards Mr Tikoenaburevere and threw a punch.

He then informed the court that Mr Tikoenaburevere managed to dodge this punch and then held Lalauvaki by his neck, lifted him up and threw him on the ground.

He told the court that he saw Mr Kolinisau come in slowly and then stomp on the abdomen of Lalauvaki as he lay on the ground.

He also told the court that he had gone to visit Lalauvaki at the CWM hospital.

Read a more detailed report in tomorrow’s edition of The Fiji Times.