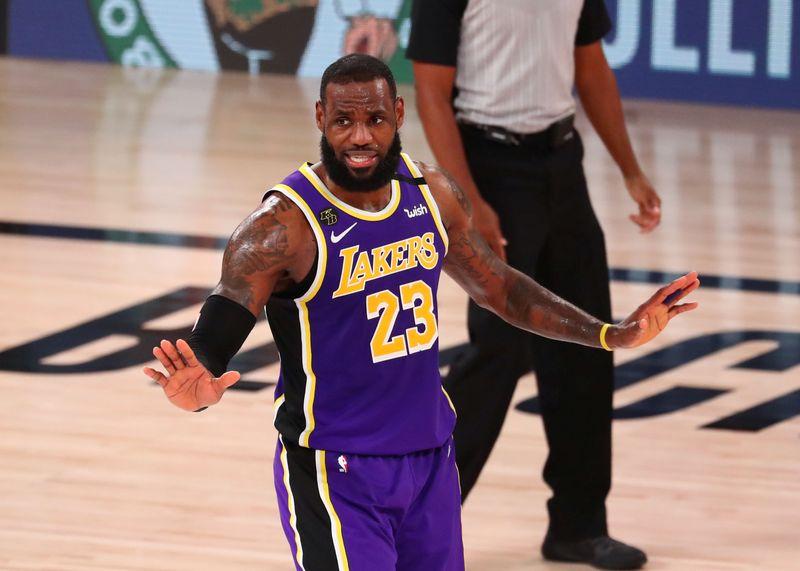 (Reuters) – Despite being tucked away in a COVID-19 quarantine bubble, Los Angeles Lakers’ LeBron James remains the most popular player when it comes to jersey sales and social media, the National Basketball Association said on Wednesday.

With Los Angeles preparing to take on the Miami Heat in Game One of the NBA Finals on Wednesday in the Orlando bubble in which they have been quarantined for more than two months, the league announced James again topped the sales list ahead of Dallas Mavericks Slovenian point guard Luka Doncic.

The Lakers also topped league merchandise sales after the COVID-19 restart according to NBAStore.com purchases from July 30 through Sept. 28.

The sale of James jerseys is reflected in his social media presence.

The NBA announced that James gained the most social media followers (more than 4.1 million) across Instagram and Twitter after the restart.

James was followed by Heat rookie Tyler Herro, who saw an increase of 790,000 followers.