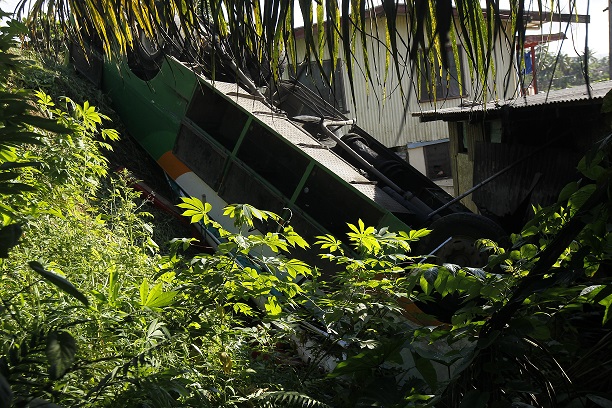 EYEWITNESSES of a roadside tragedy that killed two students on Wednesday claim the bus was forced to reverse downhill because the driver of a private black car was in its way.

One of the witnesses who did not wish to be named claimed the driver of the car could be seen ignoring requests by the bus driver for the smaller vehicle to back up and clear the way.

He claimed that the driver fled the scene of the incident, leaving behind the car.

He also said that the abandoned car was towed away by police.

Lakena district advisory councilor Farook Khan claimed people in the area were aware of the private car as it usually picked and dropped passengers in the area.

When questioned about the claims, police spokeswoman Ana Naisoro said they were in the process of interviewing and gathering witnesses’ statements.

She added they did not want to speculate on anything until all information was confirmed.

COVID-19: International flights suspended until May