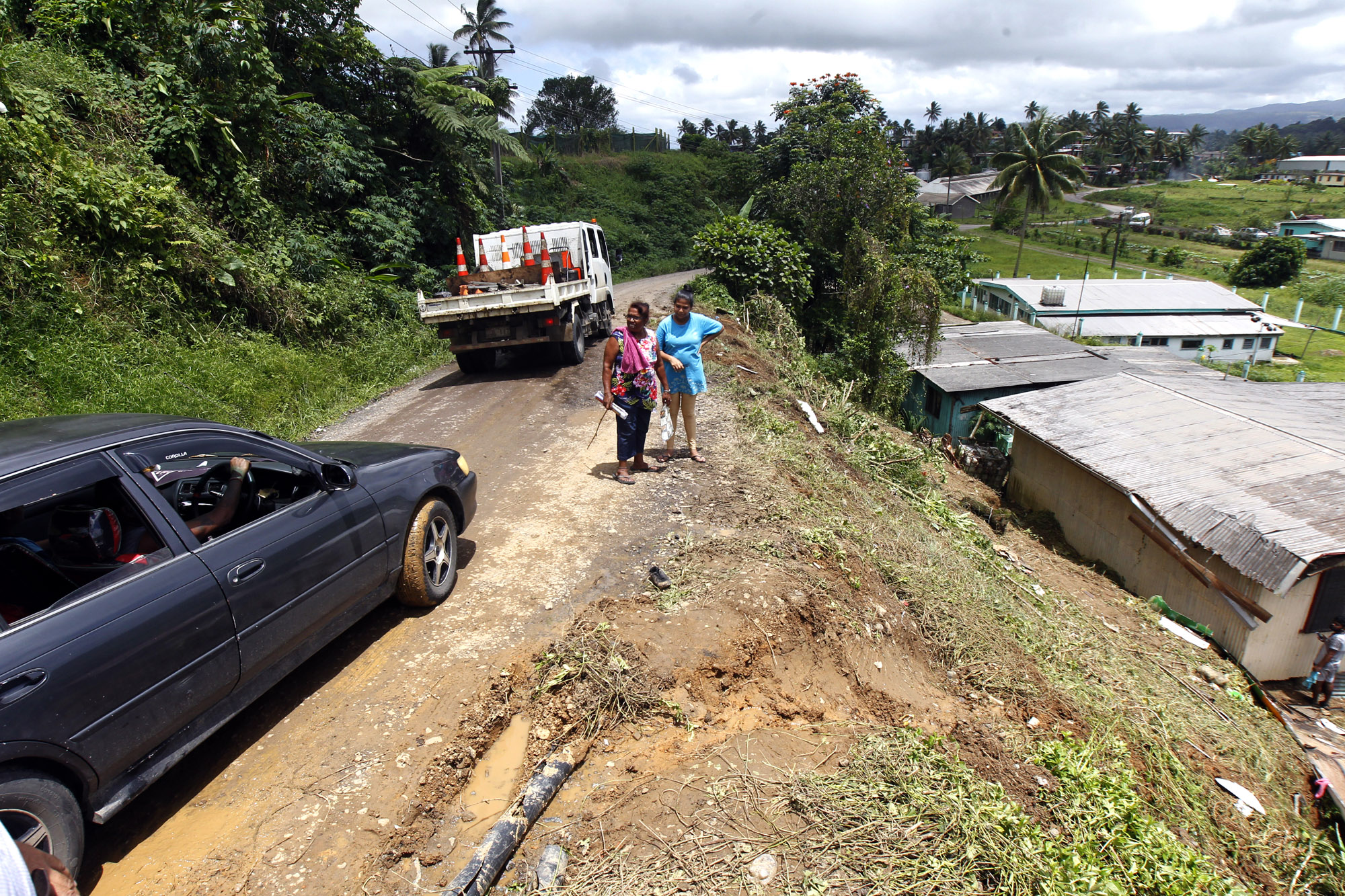 Lakena residents in Nausori are pleading with the relevant authorities to install railings in this area following a bus accident which claimed two lives on Wednesday. Picture: ATU RASEA

“MY legs got stuck in the mangled wreck but I managed to free them before I crawled out of the bus”.

Sharing his experience as a passenger of the bus involved in a fatal accident on Wednesday, seven-year-old Risheev Dutt said he was terrified and would never forget the incident.

The Vunimono Primary School student said the bus tumbled several times down a hill before it came to a standstill. “I was sitting on the third seat behind the driver,” he said.

“The bus came up the hill and I could see the driver of an oncoming black car refusing to reverse his vehicle.

“The car driver was swearing at our bus driver and making offensive gestures to him to reverse the bus on the slope.

“Then our bus driver reversed the bus a little bit before I heard the wheels skid and we started to fall backwards.

“When the bus tumbled down, it was like only a few moments later when I felt my legs tangled in the mess. I somehow managed to free my feet and crawled out slowly before other people rushed to pull me out of the bus.”

Risheev received injuries to his ankle, stomach and back.

His father, Raven Dutt, 44, said he considered himself fortunate his son managed to escape alive.

“I want to thank God for saving him. But I am also deeply saddened for the families of the two students whose lives were lost in the accident.”