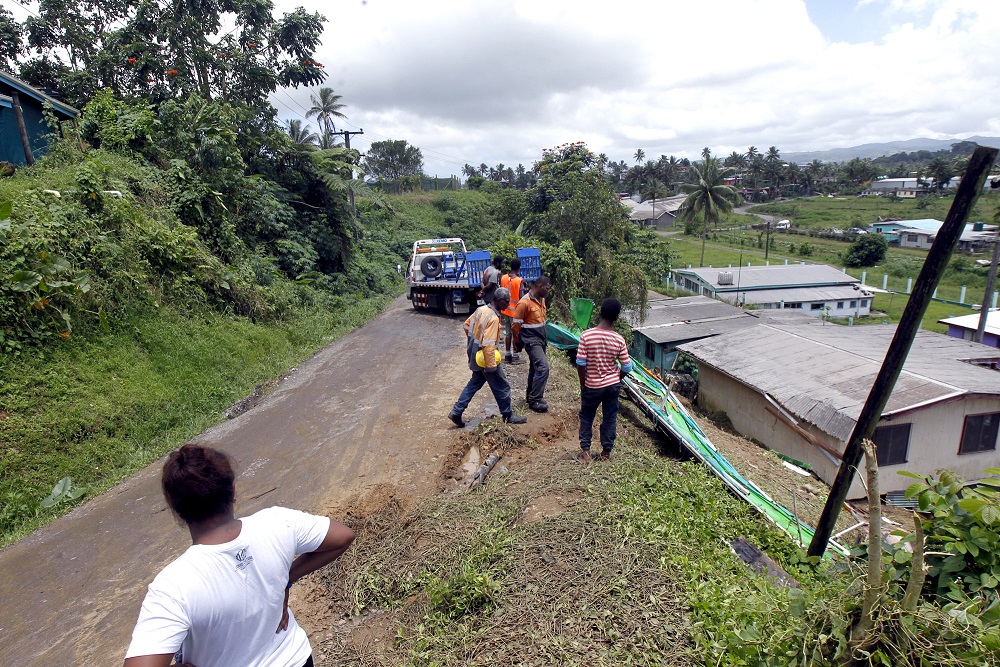 RESIDENTS of Lakena, Nausori, are calling for the installation of railings along the road where a bus accident claimed the lives of two students on Wednesday.

“We have raised this issue for more than a year now,” Mr Khan said.

“The residents had written to the Fiji Roads Authority on this issue and we had also asked if they could tarseal the road.”