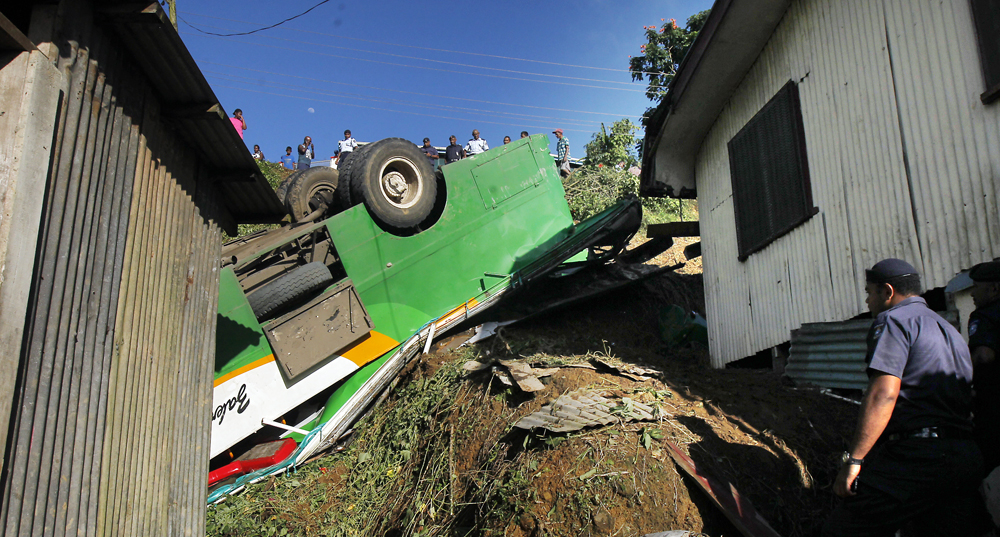 Police officers stand on guard at the scene of the accident where a school bus overturned at Lakena in Nausori this afternoon - Wednesday, October 9, 2019. Picture: ATU RASEA

RESIDENTS of Lakena, Nausori, are calling for the installation of railings along the road where a bus accident claimed the lives of two students on Wednesday.

Advisory councillor Farook Khan said public safety was always an issue because the road was very narrow. “We have raised this issue for more than a year now,” he claimed.

“The residents had written to the Fiji Roads Authority on this issue and we had also asked if they could tarseal the road,” Mr Khan said.

“Until now, there has been no feedback. The road was bad before but the condition has improved a lot but because of heavy rain, it gets worse.”

“You know when an accident happens, there is no use to work on the issue since lives are already lost.

“The main concern is that when something happens in the future of this sort, the pressure comes back on the community and also on the Government. It is best we try to solve this issue before more accidents happen. This is the first time an accident of this magnitude occurred in the area.”

He also highlighted there were about 2800 people living in the area.

Meanwhile, FRA said they would wait for the accident report.